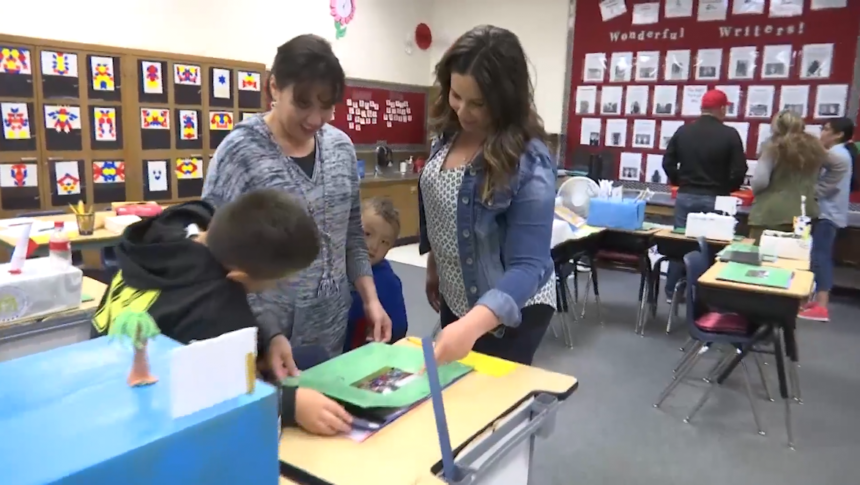 SANTA MARIA, Calif. - Proposition 13 is back on the ballot, but it's not what some think it is. Unlike the original Prop 13 of the '70s, this California bond measure wants to raise $15 billion for public education.

Jose Segura, president of the Santa Maria Elementary Education Association, says the money is much needed for new school construction, as well as "updating, modernizing and creating safe and healthy spaces for students”.

“We have some pretty old schools in our district – schools that don't have air conditioning in them. Days that are hot like today, if it's 70-80 degrees outside, it's going to be 10-15 degrees warmer in a classroom,” he said.

The teacher adds that overcrowding is another issue.

“We have an elementary school that's going to go K-8 next year because we need to make room for students in schools that are already overcrowded. Santa Maria Bonita has some of the largest classes in the county right now, and we've had those for years.”

The Lompoc Unified School District is in support of the measure, too.

"LUSD certainly has aging facilities," said district spokesman, John Karbula. "Our newest school was built in the mid-1960s.  In that time, LUSD has had only one bond to address the large-scale needs of maintaining and upgrading school facilities as they age and as requirements for a top-quality learning environment change."

Karbula says the electrical infrastructure at LUSD schools is no longer adequate to support a technological learning environment in 2020. He adds that the district is in need of $240 million for facility upgrades and maintenance.

"In our most recent analysis, we believe we would be eligible for up to $40 million in state bond money if Prop 13 were to pass," he said.

But Prop 13 critics say it's too expensive.

“These bonds have to be paid back over many, many years at an interest rate that, frankly, we don't think California taxpayers can afford,” said Joe Armendariz, executive director of the Santa Barbara County Taxpayers Association.

Armendariz points out California has a budget surplus.

“We currently have the discretionary revenues to do that already," he said. "We're opposed to more debt in California. We believe that we are over indebted.”

If the bond measure is approved, local districts have to create matching funds. For example, in LUSD's case, another local bond measure would have to be introduced and passed at the next election to generate $40 million, matching what the district estimates it would be eligible for.

"[It] incentivizes local school systems to put additional bonds on the budget in order to be able to qualify for that money. It's kind of like the movie Terminator – they will never stop, they will never give up until the taxpayers are dead broke.”

Prop 13 needs 55 percent majority to pass. The measure is on the primary election ballot.

This measure is different from the one of 1978, which was aimed at limiting property tax increases.