SANTA BARBARA, Calif. – The Santa Barbara Police Department has identified the motorcyclist who died in a multi-vehicle crash in Santa Barbara on Saturday.

According to SBPD, Kenneth Warfield Sterling Sr., 78, of Santa Barbara was the motorcyclist who was killed after investigators say he was rear-ended by another vehicle.

At around 2 p.m. Saturday, Sterling was ejected from his motorcycle near the intersection of East Cota Street and Salsipuedes Street after being hit by a Jeep SUV. He was launched more than 85 feet before landing in the roadway.

Sterling died at the scene. The driver of the Jeep was taken to the hospital but was discharged without any injuries.

The driver was identified as 48-year-old Santa Barbara man Raul Gonzalez. Gonzalez is alleged to be at fault for the crash and was arrested on suspicion of driving under the influence. He has since been booked into jail where he awaits charges for felony DUI causing death and felony vehicular manslaughter. His bail is set at $1 million.

The crash remains under investigation. Anyone with information about the crash is encouraged to contact the Santa Barbara Police Department. 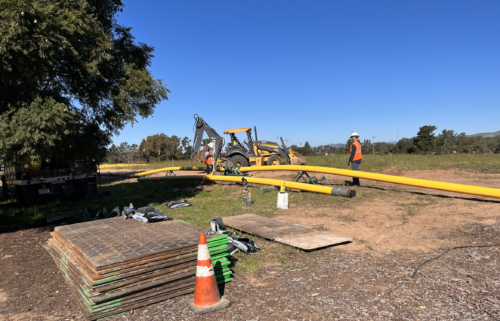