SANTA MARIA, Calif. - No injuries were reported in a rollover crash in Santa Maria Tuesday morning.

The Santa Maria Fire Department first tweeted about the crash around 11:30 a.m.

It happened at Betteravia and Broadway. A photo taken at the scene appeared to show two vehicles were involved. One had front-end damage, while the other had rolled onto its side.

The police department was at the scene investigating, and there was heavy traffic in the area at the time.

No other information was immediately available. 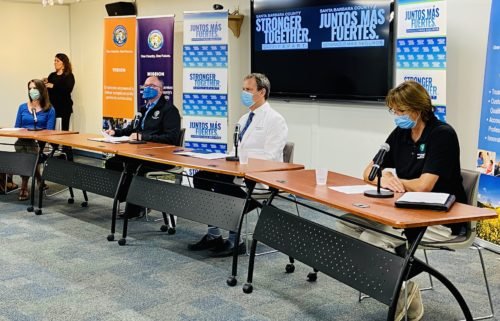