Service to the new destinations will begin June 4 and will be operated by United Airlines.

"It's huge," said Santa Maria Airport General Manager Chris Hastert. "\If you would have told me a year ago that we're going to make an announcement for three hub service out of Santa Maria, all starting on the same, I would have thought you were crazy, but after meeting with United and looking at how the connectivity works, it really is the right answer."

Hastert, along with other city and business leaders, has been working to reestablish daily hub service for more than two years.

Since then, only Allegiant Airlines four-time-a-week flight to Las Vegas has been the only commercial flight offered at the airport.

In front of a big crowd inside the airport's terminal, United representatives likely surprised many in attendance the airline was returning back to Santa Maria, with not one, not two, but three daily flights to three different destinations.

"Our strategy here is to really grow domestically," said Alberto Diaz, United Airline LAX Managing Director. "This is all part of it and we really want to be the California airline and we found some of these small cities have been pretty profitable for us out of the hub and we're hoping this would be the next one."

United previously flew out of Santa Maria, traveling to Los Angeles for several years, before tranistioning to San Francisco in 2016.

The last United flight out of Santa Maria was in Oct. 2016.

Now in 2020, the airline believes the market will be able to sustain all three new flights.

"It wasn't a decision that was made even in a couple months time," said Diaz. "(United) has been working on this for a while. Looking at the capabilities of it and we're very confident. We've been pretty successful in other cities in California, so we're pretty excited about it."

Helping the recruitment of United was a substantial financial incentive package the airport was able to provide United.

"We have a grant in place for small community air service development program, so all of those things came together just to make United feel comfortable that the level of risk was low enough to make that entry back into the market," Hastert said.

Hastert also said community involvement was instrumental in getting the deal done.

"We had to do a lot of work to convince them this was the time to do and the community really came together, and (local) corporations really spelling it out to United, their needs for travel, where they travel from currently, what the impact is to their businesses and what Santa Maria would mean for their businesses," said Hastert.

He added there is potential for even more service to the three destinations at some point in the future.

"We're very hopeful in the future that as these flights do well, we'll be able to expand with the existing service that we have with United in two different ways," said Hastert. "One of them, either adding more frequency, so that you have more flights during the day or the option to up-gauge the aircraft into a larger aircraft."

In addition, Hastert also hopes to add to the number of destinations the airport is able to provide.

Tickets can be purchased starting on Saturday. 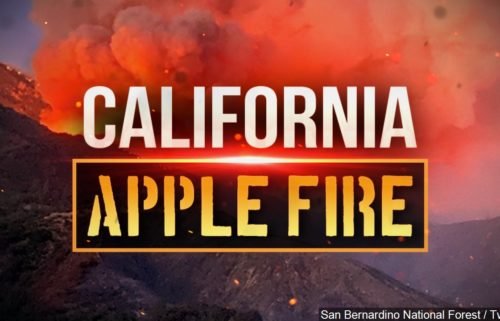