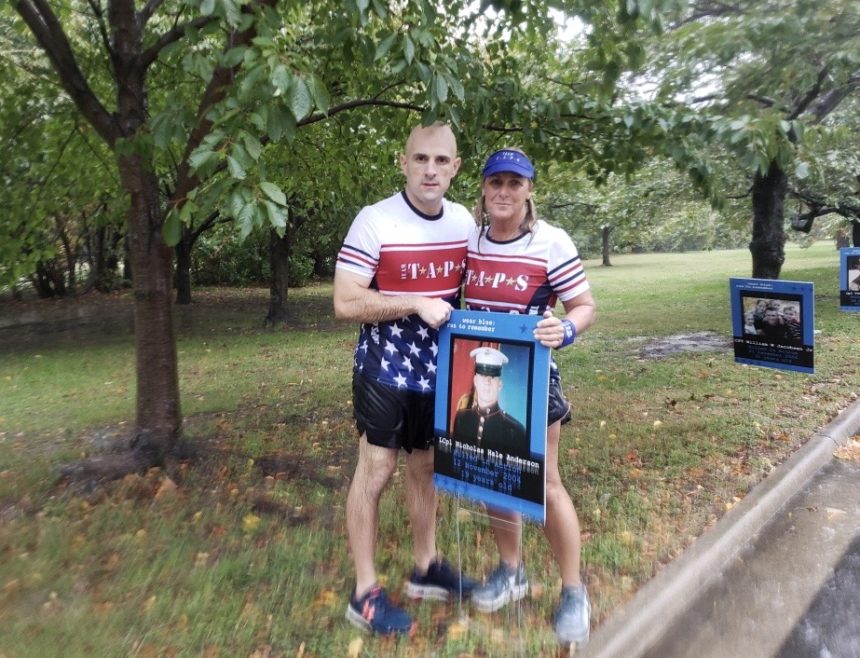 Lisa Lenn Waters Anderson just returned from Arlington Virginia and Washington, D.C. where the Gold Star Mom ran the Marine Corps Marathon in honor of her loved one.

Lance Cpl. Nicholas H. Anderson died on Nov. 12, 2004, when he was just 19. He was the first soldier from Ventura County to be killed in Iraq war.

Nicholas Anderson died  when his Humvee was run off the road during a nighttime combat patrol.

For the past 13 years Lisa Anderson has run the marathon with his commanding officer Lt. Col. Scott Cuomo. It was a rainy day when they stopped on mile 12, known as the Blue Mile, to see a poster of Nicholas.

"Running the Marine Corps Marathon is special because in a number of different ways of course because Nick was a Marine, and it is a great way for me to honor him and in doing, so I also honor all of our other fallen, and on the Blue Mile others are also honored our fallen. It's a lot of awareness that is really special, especially in a couple weeks I have Veterans Day, the day before that is the Marine Corps' birthday and the day after that is the anniversary of my son's death, so it's a tough week, but it's okay starting off with the marathon. It gives me hope that people will not forget our fallen, and that is what is most important,"said Anderson.

Anderson will be honoring Nick at the Veterans Day Ceremony at Ivy Lawn Memorial Park in Ventura where he was laid to rest.