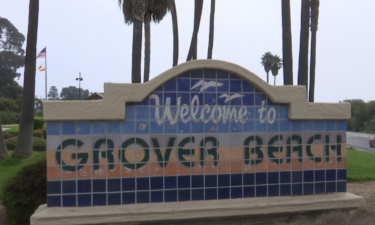 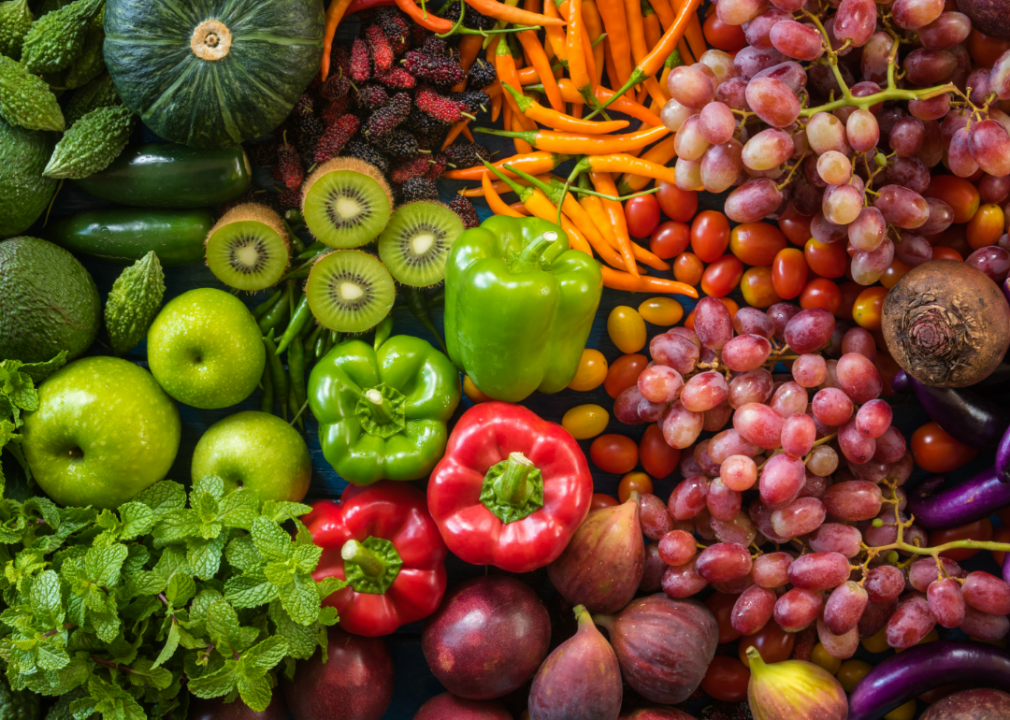 A 2021 study comparing those who ate two servings of fruits and vegetables per day to those who ate five showed a significant amount of health benefits for the latter group, as well as a 13% lower risk of death from any cause. Dietary Guidelines for Americans recommends two-and-a-half cups of vegetables and two cups of fruit per day, which is about nine servings per day.

The Center for Disease Control found that only 1 in 10 adults met these recommendations, based on a study published in CDC’s Morbidity and Mortality Weekly Report (MMWR). One 2020 systematic review also found that global vegetable intake was well below the recommended amount, and that supply was a big part of the problem. Many people struggle with accessing and affording produce, especially those who live in poor or remote areas.

To understand the lack of availability and accessibility of fruit and vegetables, one must look at food security in the United States and around the world. According to the Food and Agriculture Organization of the United Nations (FAO), food security exists “when all people, at all times, have physical and economic access to sufficient safe and nutritious food that meets their dietary needs and food preferences for an active and healthy life.” The four main aspects of food security are availability, access, utilization, and stability. Which fruits and veggies are both the most readily available and easily accessible globally, though?

To answer this question, Thistle compiled data from FAO to identify the fruits and vegetables grown most around the world. Crops used primarily for processed foods such as sugar beets were not included in the analysis.

Some fruits and vegetables are particularly popular due to accessibility and health benefits. Bananas and apples are available throughout the year and are not limited to a particular season. Onions and potatoes are easy to grow. The fruit and vegetables on this list are healthy options, and many are found year-round in grocery stores.

Read on to see if your favorite fruit or vegetable made the list. 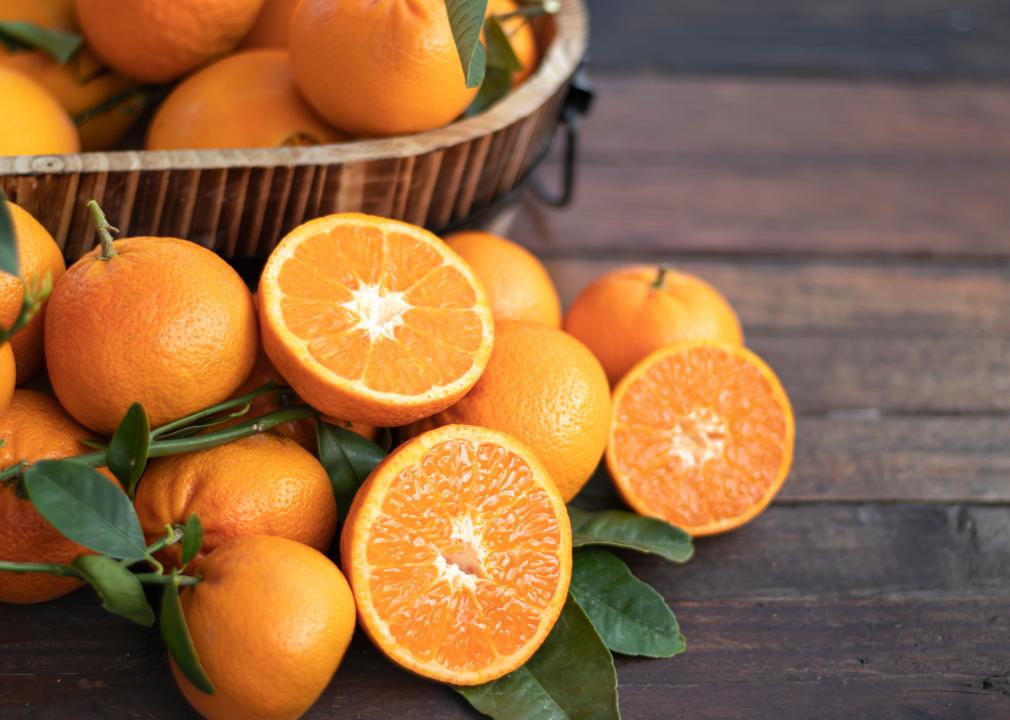 There are more than 400 known varieties of oranges and they are divided into two categories: sweet and bitter. This citrus fruit, which normally thrives in tropical climates, is a good source of fiber, vitamin C, thiamine (vitamin B1), folate (vitamin B9), potassium, and flavonoids. Rich in antioxidants, oranges are low in protein and fat and are primarily made up of water and carbs; and research has shown that the citric acid and citrates found in this fruit help prevent kidney stones.

The nutrients found in oranges can aid digestive health, prevent anemia, and reduce the risk of obesity, heart disease, and diabetes. In 1747, Royal Naval surgeon James Lind found that citrus fruits, including lemon and oranges, helped sailors recover from scurvy. 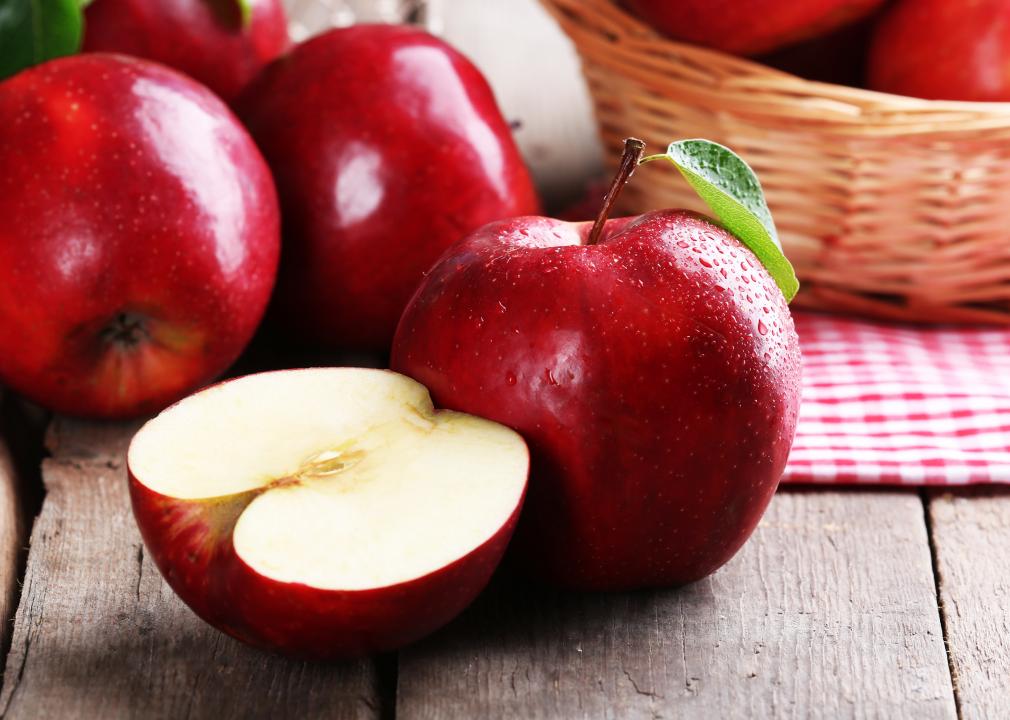 This versatile fruit is rich in polyphenols, though to get the most benefit, the skin should be left on because that is where these compounds are found—it is also rich in fiber. Polyphenols reduce inflammation and blood sugar levels, and if consumed as part of a daily diet, can help with everything from cancer prevention to type 2 diabetes. Research has shown that this popular fruit may also aid in weight loss.

Apples are packed with soluble fiber, which is known for lowering blood cholesterol levels, while another type of fiber pectin helps to promote good gut bacteria. Apples also have a rich past for turning up in everything from the Bible, which infamously dubbed them the forbidden fruit in the story of Adam and Eve, to the paintings and poetry of some of history’s greatest artists and poets, including Caravaggio, Magritte, Dylan Thomas, and Robert Frost. 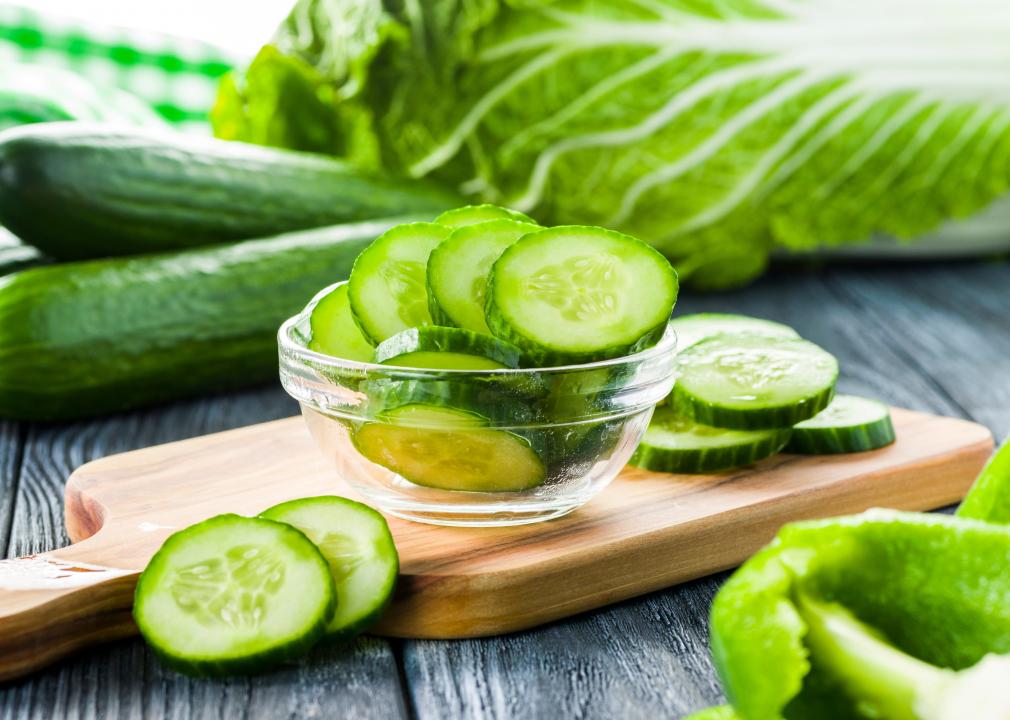 Most people think of gherkins as small pickled cucumbers or baby cucumbers, but “gherkin” is simply the German word for cucumber. Cucumbers are low in calories, high in nutrients, and include vitamin A, several B vitamins, vitamin K, folic acid, vitamin C, calcium, iron, magnesium, phosphorus, potassium, and zinc. A cucumber, which is a fruit (at least botanically) native to India, is primarily made up of water, which represents over 95% of its mass. They also help prevent dehydration and aid digestive health.

The many health benefits of the fruit that comes not only in green but white, orange, and yellow, include the ability to stabilize metabolism, promote bone health—and as a member of the Cucurbitaceae family of plants, cucumber contains cucurbitacins, which may prevent cancer and atherosclerosis. When it comes to getting the most health benefits from cucumbers, leaving the skin on is best. This versatile fruit also has numerous skin benefits in that it can be used to both soothe and reduce swelling and in face masks. 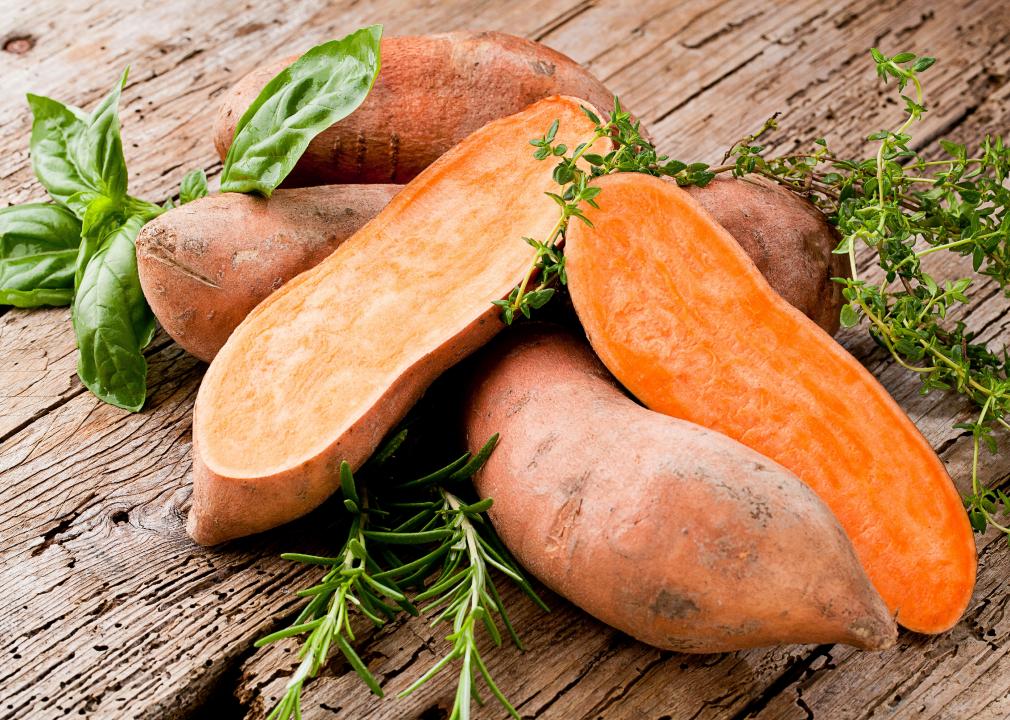 There are hundreds of varieties of sweet potatoes around the world and they come in many shades including yellow, white, and deep purple. In a different family than the popular potato, the sweet potato is an edible root. Sweet potatoes with orange flesh have the most amount of beta carotene, while those with purple flesh are richer in anthocyanins. Both anthocyanins and beta carotene contain phytochemicals, which have been shown to have many health benefits including the slowing of cancer cell growth, reducing inflammation, hormone regulation, and boosting immunity.

The leaves and shoots of the sweet potato leaves are also edible, and in countries outside the U.S., they are a healthful food option. The way this root is cooked determines its nutritional value—boiling retains more beta carotene than frying or baking, and limiting cooking time also helps retain nutrients. 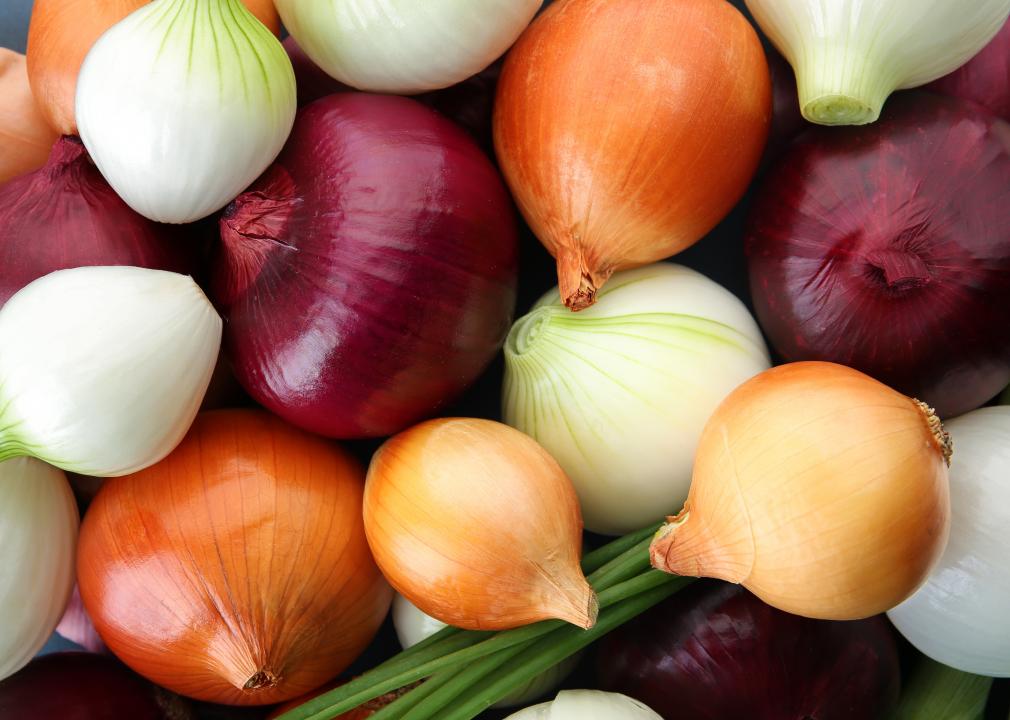 One of the oldest cultivated vegetables, onions have had numerous benefits throughout history. They can grow almost anywhere in various climates and in many types of soil, and they are easy to store, dry, and preserve. In Egypt, onions came to symbolize endless life, were included in burial ceremonies, and were part of the ancient mummification process. They are healthy, affordable vegetables that can be eaten both raw and cooked, though higher levels of organic sulphuric compounds can be found in raw onions.

Onions are a fantastic source of vitamin C, flavonoids, and phytochemicals. This hearty vegetable with a storied past provides many health benefits such as lowering blood pressure, supporting bone health, and reducing inflammation. 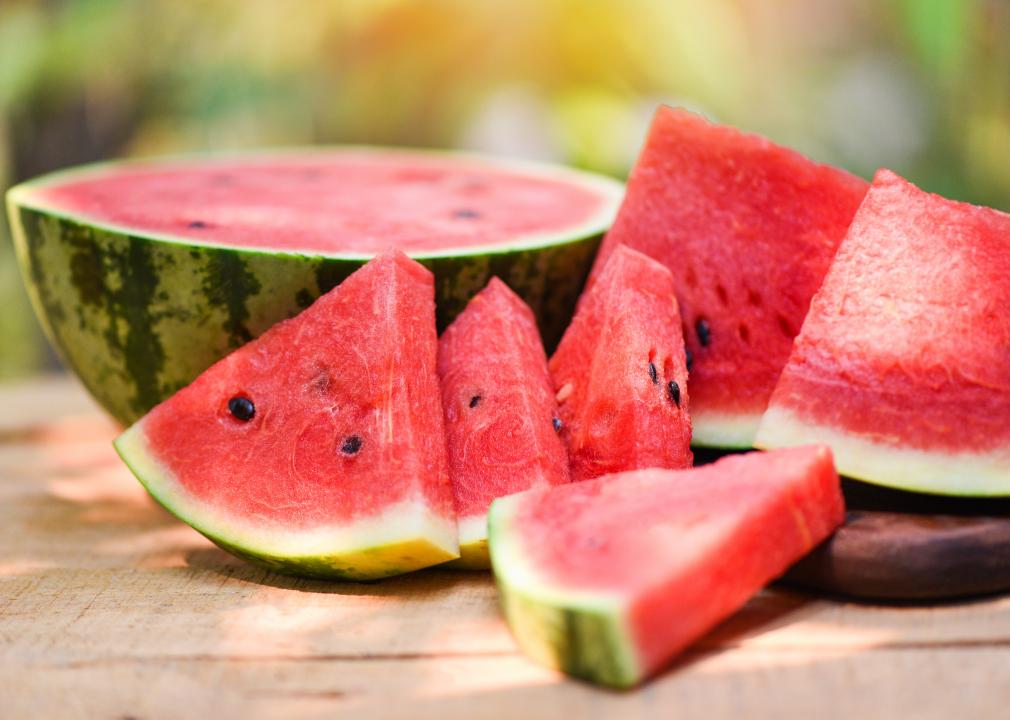 Writer Mark Twain had an affinity for watermelon and said of this beloved summertime fruit, “When one has tasted it, he knows what angels eat.” While the sweet taste of watermelon is appealing, the fruit has a colorful history and has even been pictured on the walls inside Egyptian tombs. Nutrient-rich and made of 91% water, watermelon has significant amounts of vitamin A and C, potassium, fiber, and magnesium.

While most people only eat the pink flesh, the whole fruit is edible, including the seeds and the green skin or rind. The seeds are a rich source of vitamins, protein, zinc, copper, omega-3 and omega-6 fatty acids, and potassium, and the rind has high doses of citrulline, which can be beneficial in improving vascular function. In 2007, watermelon was named the state vegetable of Oklahoma, and while the pink fleshy treat is often considered a fruit, some also consider it a vegetable. 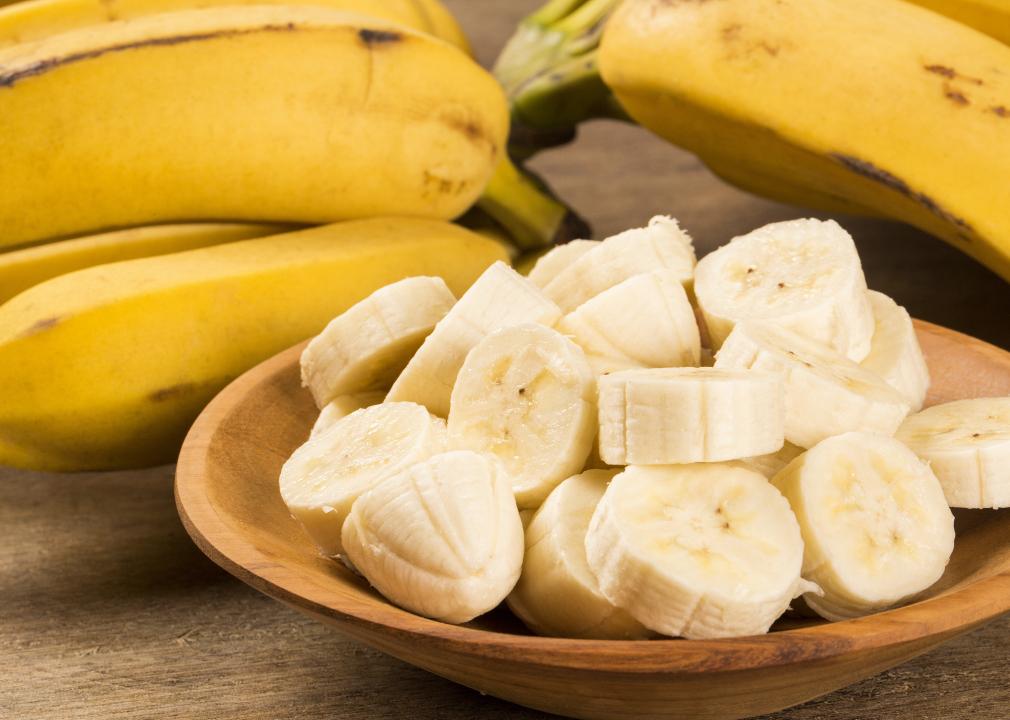 High in potassium, vitamin C, and dietary fiber, bananas are one of the world’s most well-known fruits and among the most consumed. More than 100 billion bananas are eaten each year worldwide, according to the Mayo Clinic. In the United States alone, the average person eats about 90 bananas a year.

Due to the amount of potassium in bananas, they help prevent muscle cramps, and since they are a top source of carbohydrates, they are also an excellent food to eat when you need a jolt of energy. It is believed that there are over 1,000 varieties of bananas, which are grown in more than 150 countries. The most common type is called the Cavendish. 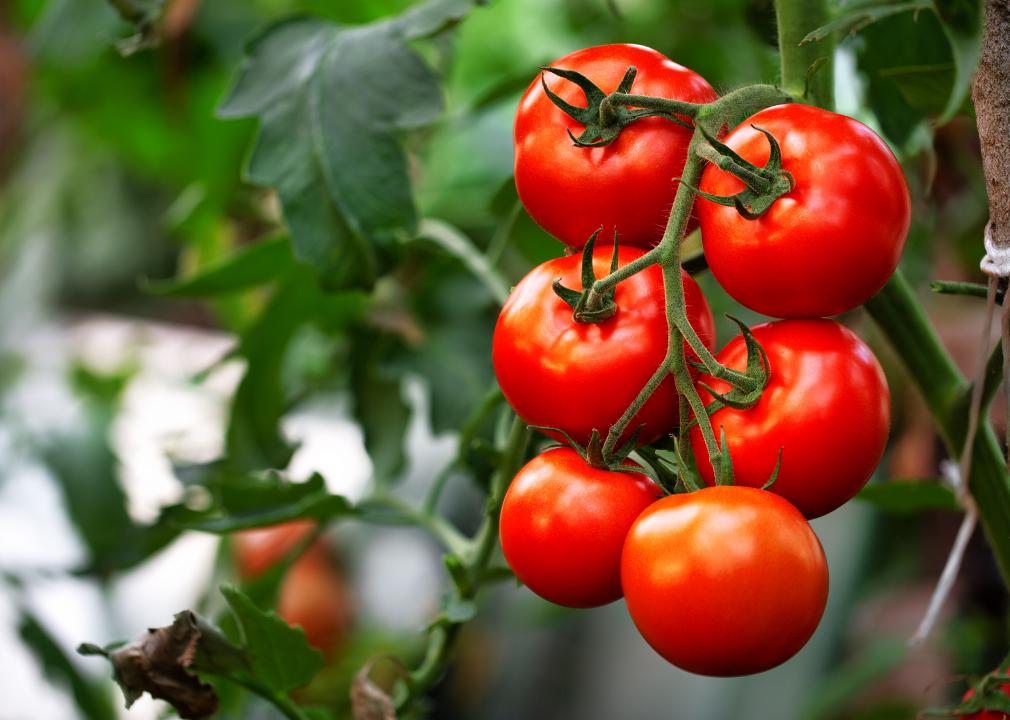 Botanically speaking, the tomato is a fruit and a close relative of the potato. In the 19th century, the Supreme Court ruled that the tomato was a vegetable and was thus subject to a 10% import tax. Whether fruit or vegetable, tomatoes have numerous health benefits and are a source of the antioxidant lycopene, which can reduce the risk of both cancer and heart disease.

Tomatoes are also a great source of vitamin K, potassium, vitamin C, and folate. This popular food was once believed to be poisonous in the U.S. since it was a part of the nightshade family. 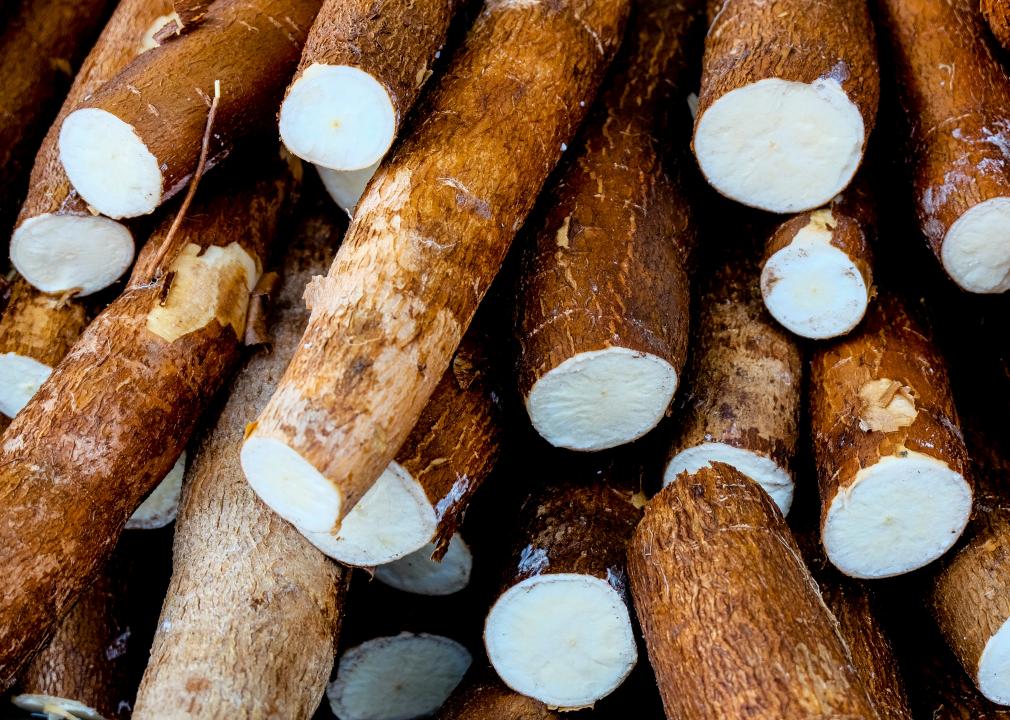 The calorie-rich vegetable cassava is abundant in carbohydrates and contains several vitamins and minerals including, vitamin C, thiamine, riboflavin, and niacin. It supports gut health and can help with migraines and weight loss. Its protein-rich leaves are also edible if dried in the sun or cooked. This starchy root is a great alternative to a potato and has a nutty flavor.

A staple in West African, Caribbean, and Latin American cuisine, preparation is pivotal since raw cassava contains a naturally occurring form of cyanide, though when cooked, these compounds break down into safe, non-toxic levels. Cassava also has other uses and has been converted to biofuel in some countries. 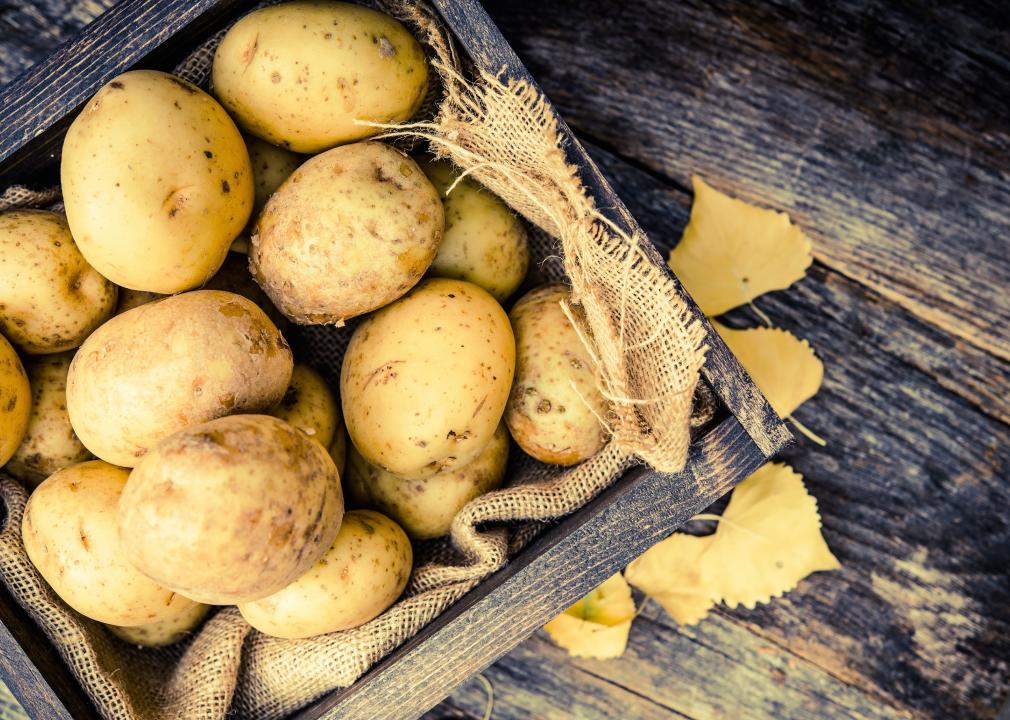 This starchy tuber root vegetable is virtually fat-free and has thousands of varieties such as Yukon Gold, Kennebec, and Russet. Potatoes are relatively easy to grow and can be prepared in many ways including baking, frying, mashing, and boiling.

The vitamin B found in potatoes can help improve mood and reduce stress, while the fiber can help aid digestion, and the flavonoids can protect against infection and disease. The potato peel, or skin, is filled with nutrients, and eating both the skin and flesh of the potato maximizes the amounts of minerals, vitamins, and fiber per serving, providing the greatest health benefit.

This story originally appeared on Thistle and was produced and distributed in partnership with Stacker Studio. 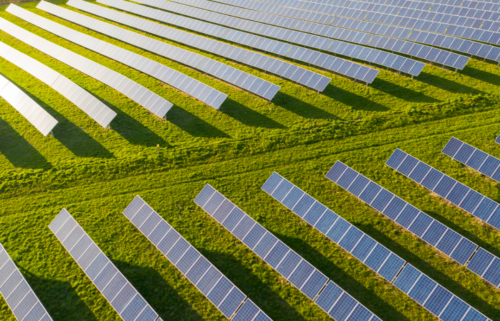 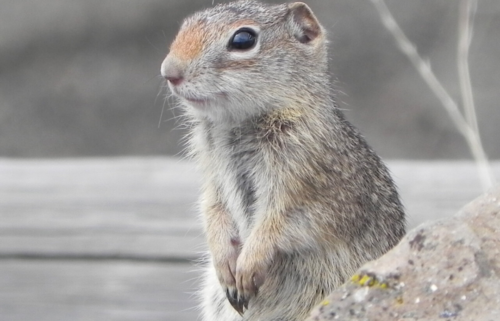 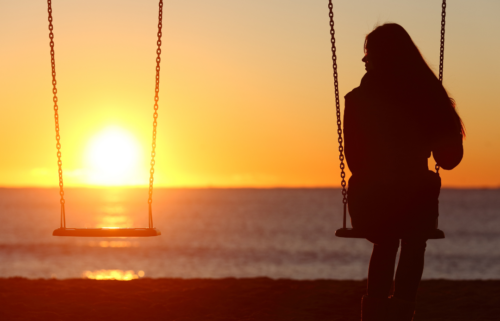 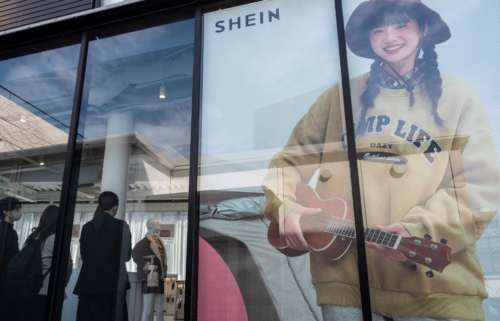