During the one-hour luncheon at Giavanni's Pizza, a pair of basketball standouts were named athletes of the week.

Grace Padilla of Santa Ynez and Jincho Rivera were honored after each had an impressive series of games last week.

Padilla turned in a dominant performance at Nordhoff Tournament, where she earned a spot on the All-Tournament team.

During a game with Westlake, the junior tied a school record with 25 points.

She followed that up with a big performance versus St. Bonaventure.

In the three-point victory, Padilla scored and added 21 rebounds, while recording four assists and seven steals.

In another game against Grace Brethern, she recorded a triple-double with 16 points, 17 rebounds,
and 12 steals.

"It felt good knowing that all of the hard work that me and my team have been putting into our game has been paying off and I know it's going to be a strong season," said Padilla.

Looking ahead, the Pirates will have a rematch with St. Bonaventure at home on Thursday.

After a week off, the team will travel to Arvin for a three-day tournament.

"We'll get a bunch of games in there," said Padilla. "We have a really packed schedule this year to keep our games going and hopefully we'll rise from 2nd place last year and win league this year."

Rivera was also dominant in three games, all of them St. Joseph victories.

In the victory over the Greyhounds, he posted a season-high 34 points.

It feels great," Rivera said. "I have to keep working. My teammates, they help me to get better. I get better with the team. They're great teammates."

The Knights are currently 6-0 and are ranked 9th by The Pag Meter in CIF-Central Section.

Up next, St. Joseph will play in the Mission Prep Christmas Classic starting with Rainer Beach of Seattle, Wash. on Thursday.

This is the first time Padilla and Rivera have won athlete of the week honors.

After observing a two-week winter break, the Round Table will resume on Jan. 6. 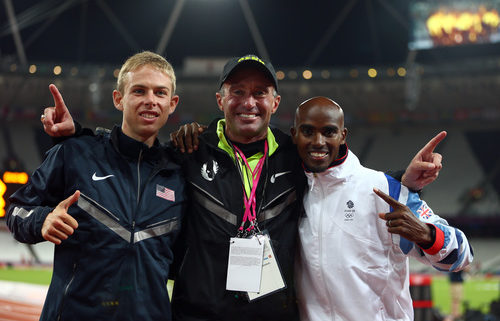