SANTA BARBARA, Calif. - A group of protesters gathered outside the Santa Barbara County Courthouse in downtown Santa Barbara on Sunday afternoon to condemn the Jan. 6 attack on the U.S. Capitol and to urge the U.S. Senate to convict President Trump of inciting an insurrection.

Trump was impeached last week and faces an upcoming trial in the Senate, set to begin after he leaves office on Inauguration Day, which is Wednesday.

The groups are also calling for all members of Congress who voted to overturn the results of the presidential election to be expelled. That proposal was introduced in a resolution by Missouri Rep. Cori Bush last week.

About two dozen people arrived at the courthouse around 2 p.m., carrying signs and banners. Some drove cars in a caravan around the building, beeping enthusiastically. Those cars were decorated with messages like "Defend Democracy" and "Stop Fascism."

"As an activist, we can't have action with our legislation if we don't have a functional democracy," said Taymar Pixleysmith of Extinction Rebellion. "What we'd really like to see happen is just for people to be held accountable so that something like this doesn't happen again."

Sunrise Movement Santa Barbara's Julia Bickford disagrees with the belief many Americans share that impeaching and convicting Trump at this stage in his presidency would only further divide the country.

"We are divided because of what Trump has done," she said. "He's the reason for our current state of division. And getting rid of him will only help to unify us... He's absolutely not the entire problem, but he is definitely the face of it at the moment."

Pixleysmith denounced those who turn to violence.

"We have a lot of ways in this democracy to express yourself, get things to change that are legal, that are peaceful," she said. "And if people really feel wronged, they have lots of avenues."

Several drivers passing the protesters on Anacapa Street honked their horns or waved in support. Others drove by waving pro-Trump signs or flags. 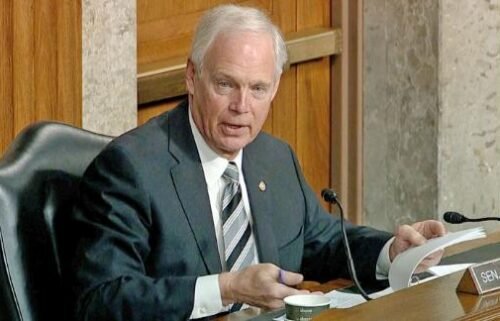