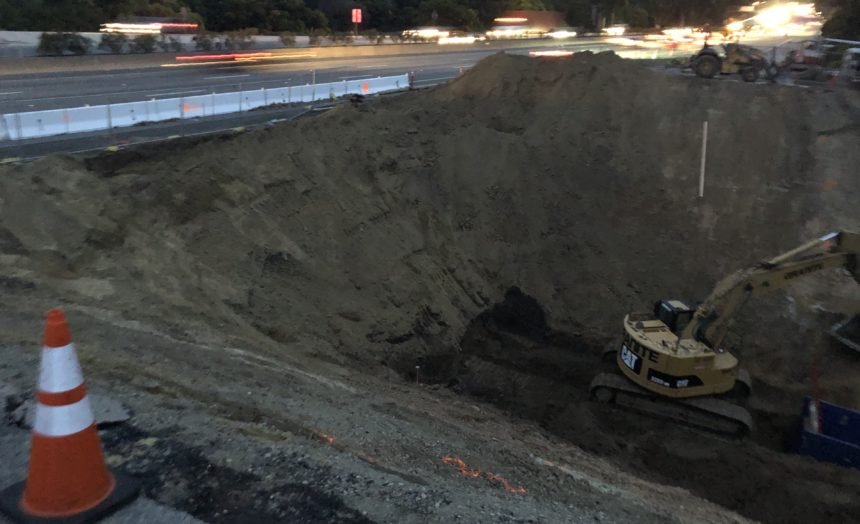 The discovery of additional damage from a sinkhole has pushed the timeline for completing repairs to the Turnpike Highway 101 southbound onramp until the middle or end of February.

"Additional damage to the deteriorated corrugated steel and reinforced concrete pipe 30 to 40 feet below the surface" was discovered by repair crews, according to a news release from Caltrans.

Construction crews are on-site seven days a week from 7:00 a.m. to 5:00 p.m. to complete the process of filling in the sinkhole and repairing the roadway.

Original Story: Drivers trying to enter the southbound 101 at Turnpike may get a sinking feeling.

A sinkhole between the onramp and the freeway led to the closure of the onramp last month.

Crews began work on Friday to replace a galvanized steel pipe that will be 40 feet below the pavement.

Caltrans said there are detours along Patterson Avenue and State Street and spokesperson Jim Shivers is asking people to drive safely near the construction zone.

Shivers said crews worked on Martin Luther King Jr. Day and are working daily to get the job done.

Driver Nick Hewes said he has seen them working daily, and added that he was surprised by the size of the hole in the roadway.