MONTECITO, Calif. – Montecito Journal columnist and royal expert Richard Mineards seemed to enjoy the Queen's send-off just as much as the next guy.

"I love pomp and pageantry, and that is one thing the British do so well. And this was extraordinary, the precision, the military element, the two buildings; Westminster Abbey, 1,000 years old, and the chapel, St. George's Chapel at Windsor Castle that was built in 1475 by King Henry VI," he said.

Mineards said it seems fitting she has been laid to rest by her loved ones.

"Now we have the queen being laid to rest for eternity in the King George VI Chapel, which she actually built in 1969 at the cost of around $600,00 so that she could be buried with her late father King George VI, her mother Queen Elizabeth, who died in 2002 and also Princess Margaret, her younger sister who also died the same year, her ashes are there."

She will also be next to her beloved husband Prince Philip who died last year just shy of his 100th birthday.

"His coffin is also being moved into that chapel," Mineards said/

Mineards called the televised funeral "wonderful," but said it will someday be eclipsed by other royal ceremonies in history.

"For viewing figures, they say something like 4.1 billion people watched this funeral."

He said the figure in England eclipsed Princess Diana's funeral in 1997.

"This is an extraordinary moment in history and we have all been lucky to get a look at it."

One moment that caught the Montecito resident's eye had to do with the royals who also call Montecito home.

"The royal couple Harry and Meghan were assigned to the back row, far away from William and Kate, so I still think that schism is there, but I hope that in due course it might well be healed because it is very important for the monarchy," he said.

He said it is also important for King Charles to have his sons united.

"King Charles, as we now call him – that is going to take some getting used to – I think he will be able to handle it because I think he is a very thoughtful person, he knows how to deal with people, he has been waiting long enough to ascend the throne."

Mineards said he has good advisors that he listens to as well.

"Hopefully his wing-man of course will be the new Prince of Wales, William, and hopefully Harry will be in there somewhere," he said.

Mineards said people will have to wait and see since Harry has a ghost-written autobiography coming out with Penguin Random House that may not say kind things about the Queen Consort or other members of the royal family.

"I think if he does that and the book comes out, I think it is the road of no return quite frankly."

But on the bright side, Mineards remains thrilled by what so many people saw today.

Nothing will take away from having seen this moment in history," said Mineards. "It was an extraordinary day, for an extraordinary woman, quite a unique personality, and it was just wonderful to see all the pomp and pageantry that Britain is really good at."

He hopes to be in England giving his take during the king's coronation.

Due to extensive planning, Mineards thinks the coronation won't be held until the Spring of 2023 when the weather is usually nice in the United Kingdom. 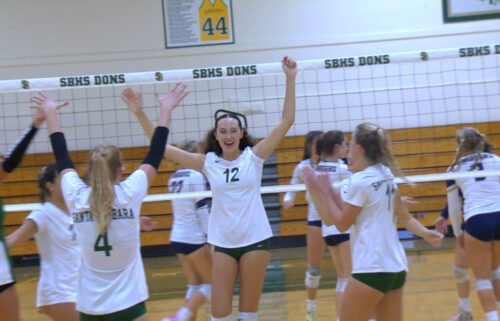