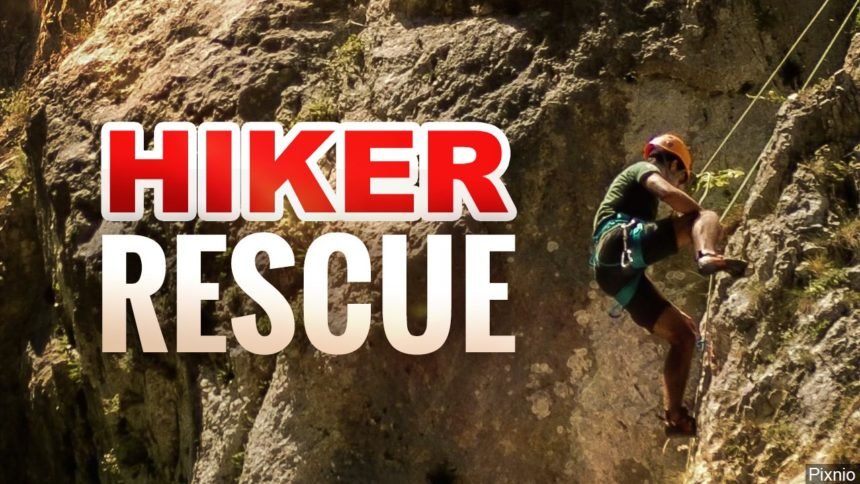 SANTA MONICA, Calif. - An overdue hiker was located in the Santa Monica Mountains after failing to pick up his wife on Wednesday.

The 76-year-old hiker was reported overdue by his wife at 3 p.m. on Wednesday after failing to pick her up at 12 p.m. from the Janss Market Place.

Ventura County patrol units responded to the call and located the hiker's vehicle in the Satwiwa Cultural Center parking lot.

The hiker was not found near his vehicle and police say he was described as wearing shorts, having no cell-phone, no food and little water with him.

With cold weather expected in the area, a Ventura County helicopter was launched to search for the hiker from the air while the East Valley Search and Rescue Team began searching the hike trails on foot.

A second helicopter was launched at 7:45 p.m. to continue the search efforts. This helicopter used the Forward-Looking Infrared Radar (FLIR) system to check for heat sources in the area, but was unable to locate the hiker.

At 10:30 p.m., a search and rescue ground searcher heard unnatural sounds coming from the area of Tri-Peaks and Fossil Trail. The searcher moved closer to the sounds and called out to the hiker who responded back.

The hiker was located half an hour later off the trail stuck by multiple large boulders.

Police said he was found, "in good spirits and his physical health was good."

The hiker was then hoisted out of the area by a Ventura County helicopter and safely returned to his vehicle.

The Ventura County Sheriff's Office would like to remind everyone who hikes to file a hiking plan with a family member or friend.