Republican Rep. Lauren Boebert of Colorado suggested to a crowd for in September that Democratic Rep. Ilhan Omar of Minnesota, whom she called “black-hearted” and “evil,” was a terrorist.

In those same remarks, she said that she felt safe around Omar because the Democrat wasn’t wearing a backpack while they were in an elevator together.

It’s another instance in which Boebert suggested Omar, who is Muslim and wears a hijab, was a terrorist. On Monday, the two lawmakers sent dueling statements about a phone call between the pair set up by Boebert after she apologized last week to “to anyone in the Muslim community I offended,” when similar comments surfaced on social media.

The video of Boebert’s anti-Muslim comments, made in New York at a September Staten Island Conservative Party dinner, were posted on Facebook that month by an attendee running for borough president.

“One of my I staffers, on his first day with me, got into an elevator in the Capitol. And in that elevator, we were joined by Ilhan Omar,” Boebert told the crowd in September. “It was just us three in there and I looked over and I said, well, lookey there, it’s the Jihad Squad.

“She doesn’t have a backpack, she wasn’t dropping it and running so we’re good,” Boebert adds, through laughter and applause from the crowd which briefly makes her remarks somewhat inaudible.

Boebert’s remarks were also posted on Twitter in September by Mike DeCillis, a New York Democratic congressional candidate. They received little attention outside of a local press write up, which noted she called her “the jihad squad” and a “black-hearted evil” woman.

On Monday, Boebert and Omar spoke on the phone, according to statements from both lawmakers.

“I have reflected on my previous remarks, now as a strong Christian woman who values faith deeply I never want anything I say to offend someone’s religion,” Boebert said in a video posted to Instagram. Boebert said Omar asked her to publicly apologize which she would not do and instead challenged Omar to issue an apology of her own for some of the comments she has made in the past.

In her statement, Omar said Boebert refused to apologize to her.

“Instead of apologizing for her Islamophobic comments and fabricated lies, Rep. Boebert refused to publicly acknowledge her hurtful and dangerous comments,” she said. “She instead doubled down on her rhetoric and I decided to end the unproductive call.”

A spokesperson for Omar called the elevator story “a fabrication.”

In her statement blasting Boebert on Monday, Omar said Boebert had “a clear pattern for Islamophobic hate speech,” and cited the local press write up of the September event and comments where Boebert called Omar “a full-time propagandist for Hamas” and she said Omar was an “honorary member of Hamas” and that we have “terrorist sympathizers” in Congress.

Omar on Monday blasted Boebert’s September comments in a message to CNN’s KFile.

“It just gets worse,” Omar told CNN. “This is unhinged, and she continues to be emboldened by her party. This is their brand and it’s dangerous.”

Similar comments surfaced last week on social media when the Twitter account PatriotTakes, a left-wing group that researches right-wing extremism and is associated with the liberal PAC MeidasTouch posted a video of Boebert at an event in Colorado on Nov. 20.

In the since-removed video posted on Facebook from an event that day, Boebert implied Omar had been mistaken for a terrorist in an elevator on Capitol Hill.

“So the other night on the House floor was not my first jihad squad moment,” Boebert told a crowd. “I was getting into an elevator with one of my staffers and he and I were leaving the Capitol, we’re going back to my office and we get in the elevator and I see a Capitol Police officer running hurriedly to the elevator. I see fret all over his face. And he’s reaching. The door is shutting. I can’t open it.”

“What’s happening? I look to my left and there she is, Ilhan Omar, and I said, ‘Well she doesn’t have a backpack, we should be fine,'” Boebert continued.

Last week, Boebert apologized to any offended in the Muslim community.

“I apologize to anyone in the Muslim community I offended with my comment about Rep Omar,” Boebert said in a statement posted on Twitter. “I have reached out to her office to speak with her directly. There are plenty of policy differences to focus on without this unnecessary distraction,” she said.

Omar said the “whole story” was made up and condemned Boebert for her comments.

“Fact, this buffoon looks down when she sees me at the Capitol, this whole story is made up. Sad she thinks bigotry gets her clout,” Omar tweeted on Thursday. “Anti-Muslim bigotry isn’t funny & shouldn’t be normalized. Congress can’t be a place where hateful and dangerous Muslims tropes get no condemnation.”

“Normalizing this bigotry not only endangers my life but the lives of all Muslims,” Omar said in another tweet. “Anti-Muslim bigotry has no place in Congress.”

Democratic leaders said Boebert should fully retract her comments, noting in a statement the congresswoman’s “language and behavior are far beneath the standard of integrity, dignity and decency with which the Constitution and our constituents require that we act in the House.”

McCarthy said he spoke to Boebert on Friday in the wake of her comments and encouraged her to meet with Omar.

“She has apologized for what she said and has reached out to Congresswoman Omar to meet next week,” McCarthy said in a statement. “I spoke with Leader Hoyer today to help facilitate that meeting so that Congress can get back to talking to each other and working on the challenges facing the American people.” 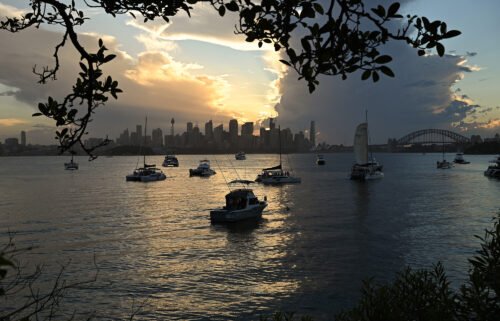 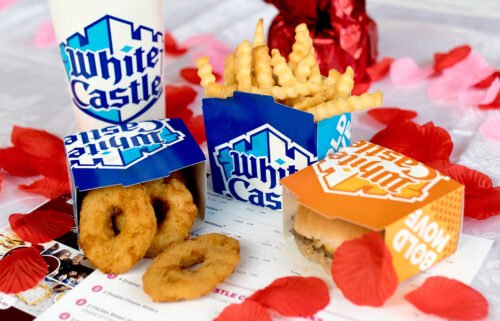 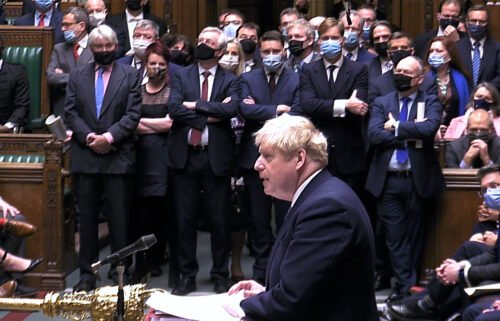