A British lawmaker has asked for an investigation into the rules around bringing babies into the House of Commons, after a member of Parliament was told she could no longer bring her child into the chamber.

Stella Creasy, an MP for the opposition Labour Party, said she was told by a representative of Parliament’s lower house that it was against the rules to bring a child to a debate at Westminster Hall after she attended with her son on Tuesday.

Creasy shared an email sent to her by the private secretary to the chairman of ways and means, which references rules published in September: “You should not take your seat in the Chamber when accompanied by your child,” and added that this also applied to Westminster Hall, the oldest building on the Parliamentary estate, used for state occasions and important ceremonies.

Commons Speaker Lindsay Hoyle has asked the Commons Procedure Committee to look at the rules around bringing babies into the House following the incident, the PA Media news agency reported.

“Mothers in the mother of all parliaments are not to be seen or heard it seems…” Creasy wrote on Twitter following the incident.

“My son is 13 weeks old, so I can’t really leave him on his own and I don’t have any maternity cover. So I kind of can’t win here,” Creasy told the BBC’s Victoria Derbyshire on Wednesday.

“I need to go in and I need to be able to speak but I also can’t leave a baby that small, which I’m feeding at this point in time.

“I’ve been told very clearly that apparently Parliament has taken time to write a law that it’s a parliamentary faux pas and against the courtesies of the house to bring a child with you.

“But we don’t seem at the moment to have made a rule about wearing masks. It does seem to be a bit of a reflection of how Parliament was set up for another era when perhaps, you know, most MPs were men of a certain age and independent means,” she added.

A spokesperson for the House of Commons told CNN in an email that it is vital that all democratically elected MPs are able to carry out their duties in and around Parliament.

“Members can at any time consult with the Speaker, Deputy Speakers, Clerks and Doorkeepers about their requirements while in the Chamber or in Westminster Hall at any time,” the spokesperson said.

“We are currently in communication with Stella Creasy about this matter,” they added.

Creasy told the BBC that while she wouldn’t bring her other child, a toddler, into work “because she would find everything breakable or spreadable in the parliamentary chamber within five minutes and cause havoc,” her infant son was “completely silent.”

Referencing the new rules published in September, Creasy, who said she had brought her first child to the House, said: “I don’t understand what has changed. What I do understand is that there are barriers to getting mums involved in politics and I think that damages our political debates.”

Creasy lost a battle with the Independent Parliamentary Standards Authority this summer after she was told she could not hire a locum to cover her maternity leave after the birth of her second child.

Responding to a suggestion Monday by journalist Julia Hartley-Brewer that she should “go and enjoy her maternity leave with her baby,” Creasy tweeted: “Without maternity cover I don’t actually get maternity leave as no one else to do my job.”

In the US, Senator Tammy Duckworth made history in 2018 as she became the first senator to cast a vote on the Senate floor with her newborn by her side, days after the Senate changed longstanding rules to allow newborns onto the Senate floor during votes for the first time.

The rule change, voted through unanimously, was made to accommodate senators with newborn babies, allowing them to bring a child under the age of 1 onto the Senate floor and breastfeed them during votes.

In 2019, New Zealand Labour MP Tāmati Coffey brought his six-week-old son to the debating chamber, where the child was later held by the house speaker.

And Prime Minister Jacinda Ardern, who became New Zealand’s first premier to take maternity leave and the world’s second elected leader to give birth in office, made history by bringing her three-month-old daughter into the United Nations assembly hall in 2018.

But lawmakers have been criticized for caring for their children at work, including Spanish MP Carolina Bescansa, who in 2016 provoked criticism by taking her baby into parliament and breastfeeding him during its first session. 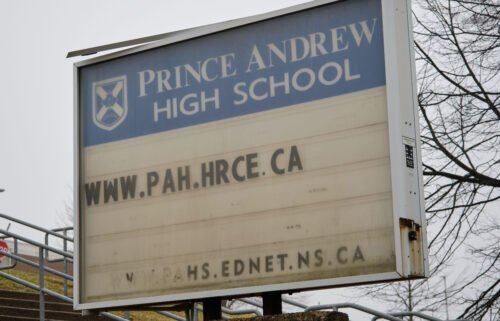 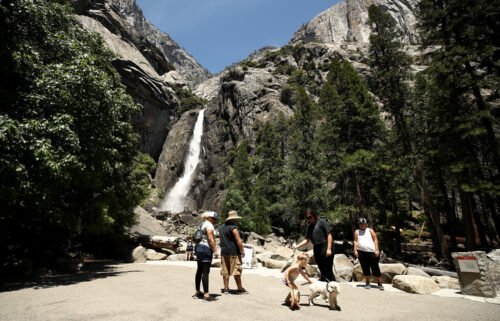