A dramatic surge in Covid-19 cases is forcing hundreds of thousands of workers to stay home in Britain, causing shortages of food and gasoline and heaping stress on supply chains that were already strained by Brexit.

Some of the biggest UK supermarkets warned Thursday that they were not able to stock some products and gas station operators acknowledged that some of their pumps were running dry.

“We are experiencing some fuel supply issues at some of our retail sites in the UK and unfortunately have therefore seen a handful of sites temporarily close due to a lack of both unleaded and diesel grades,” BP said in a statement.

BP said the “vast majority” of its shortages were being resolved within a day. It blamed a lack of truck drivers in the United Kingdom, and said it had been forced to temporarily close a fuel distribution terminal because workers were isolating after potential exposure to coronavirus.

UK workers are required to isolate at home for 10 days if they test positive for the virus or if they’re told to do so by the national test and trace service, which alerts people via an app “ping” if they’ve had close contact with someone who has tested positive.

New coronavirus cases in the country are approaching 50,000 a day, and roughly 620,000 people in England and Wales were told to isolate by the app from July 8-July 14, according to National Health Service (NHS) data.

Retailers say the high number of isolating workers is preventing them from fully stocking their shelves.

A spokesperson for supermarket chain Lidl said a staffing shortage was “starting to have an impact on our operations.”

“Like all other retailers, the situation is becoming increasingly difficult as we have more and more colleagues having to self-isolate after being notified by the Track and Trace system,” the spokesperson said.

Another major supermarket chain, Sainsbury’s, said it was “working hard to ensure customers can find what they need.” A spokesperson for grocery chain Co-op said it was “running low on some products” but “working closely with our suppliers” to restock shelves.

The rising virus caseload — and subsequent increase in the number of isolating workers — is also exacerbating a shortage of truck drivers caused in part by Britain’s exit from the European Union.

Rod McKenzie, managing director of policy and public affairs at the Road Haulage Association (RHA), said the United Kingdom is facing a shortage of around 100,000 truck drivers, 20,000 of whom are EU nationals that left the country after Brexit. He said that increased red tape at border crossings following Brexit was also putting European drivers off making trips into the United Kingdom.

“If the ‘pingdemic’ hadn’t happened we’d still be in trouble,” he told CNN Business.

McKenzie told CNN Business that he had spoken to a UK farmer who had only been able to find one truck per week to transport fruit, rather than the five that were needed.

Late Thursday, the UK government announced that more than 10,000 workers in the food industry would no longer have to isolate if they come into contact with a person who has Covid-19, provided they have proof of vaccination or a negative PCR test.

Speaking to Sky News, UK Environment Secretary George Eustice said “up to 500” key sites including 170 supermarket depots and around 200 manufacturing sites such as bread and dairy companies would be given an exemption. Supermarket themselves, however, will not be included.

The retail industry welcomed the initiative and said it was working closely with the UK government to identify key distribution sites.

“It is absolutely vital that Government makes up for lost time and rolls out this new scheme as fast as possible,” Helen Dickinson, chief executive of the British Retail Consortium, said in a statement, adding that the government “must be prepared to take further action if necessary” in the coming days.

— Hanna Ziady contributed to this report. 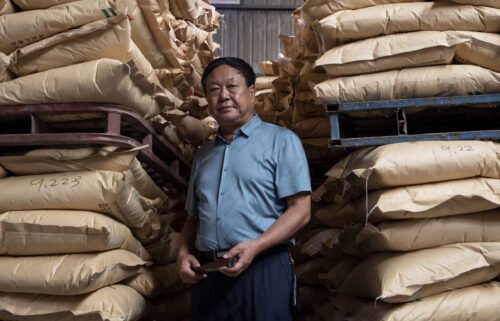 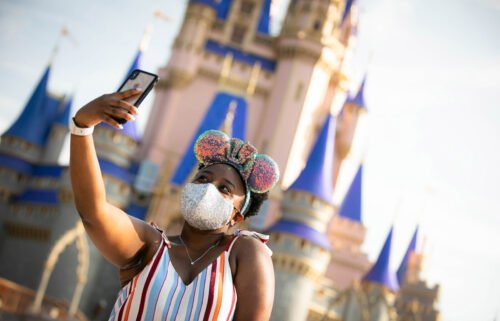 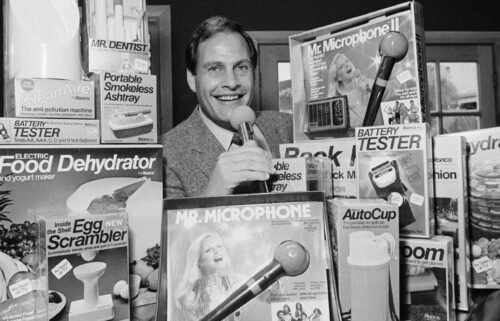