Elon Musk has shown he can move markets with just a single word.

On Sunday, the Tesla CEO did it again: Bitcoin extended losses after Musk seemed to suggest in a Twitter exchange that his automaker may consider selling or has sold its holdings in the cryptocurrency.

“Bitcoiners are going to slap themselves next quarter when they find out Tesla dumped the rest of their #Bitcoin holdings,” a user named CryptoWhale tweeted Sunday.

“With the amount of hate @elonmusk is getting, I wouldn’t blame him.”

As of 11:30 p.m. ET on Sunday, bitcoin was down about 7.7% to $43,000, according to cryptocurrency tracker Coinbase. It had already lost some ground earlier on Sunday, but accelerated losses after Musk’s post.

Tesla did not immediately respond to a request for comment about its holdings in the digital currency.

Musk’s cryptically worded post came just days after he’d announced that Tesla would reverse plans to accept bitcoin as payment for its cars. He cited bitcoin’s high environmental cost as reason for the move.

“We are concerned about rapidly increasing use of fossil fuels for Bitcoin mining and transactions, especially coal, which has the worst emissions of any fuel,” Musk said in a note posted on Twitter last Wednesday. “Cryptocurrency is a good idea on many levels and we believe it has a promising future, but this cannot come at great cost to the environment.”

The environmental cost of mining — or creating — digital currencies has been well-documented for years.

The news sent bitcoin down about 12% at the time. It came after months of Musk personally hyping bitcoin and other popular cryptocurrencies, such as dogecoin.

Just before that, the CEO had asked his followers in a Twitter poll if they would like “Tesla to accept Doge.”

Tesla and Musk have appeared fairly bullish on bitcoin for at least a few months, with the company disclosing in February that it had invested $1.5 billion in bitcoin and floating the ability to buy its cars using the cryptocurrency. Musk tweeted in late March that people “can now buy a Tesla with Bitcoin.”

The company did say in a regulatory filing last month, however, that it assesses each quarter whether “events or changes in circumstances … indicate that it is more likely than not that our digital assets are impaired.”

“Tesla will not be selling any Bitcoin and we intend to use it for transactions as soon as mining transitions to more sustainable energy,” he wrote. “We are also looking at other cryptocurrencies that use [less than] 1% of Bitcoin’s energy/ transaction.”

Musk’s other ventures have gotten in the action, too. Last week, his space exploration company, SpaceX, claimed that it would take dogecoin as payment for an upcoming mission.

— Rishi Iyengar contributed to this report. 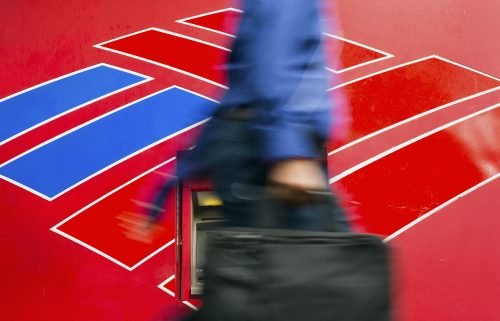