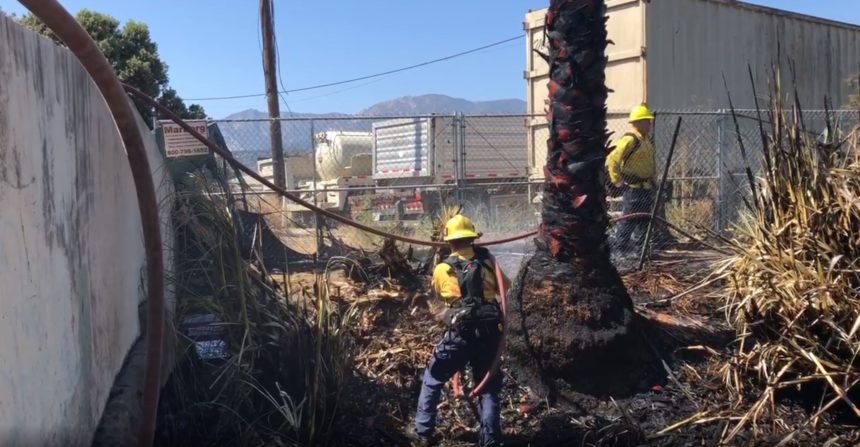 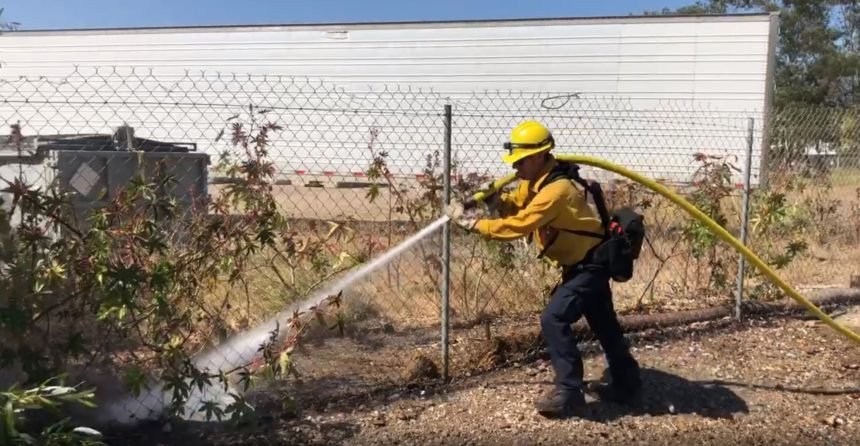 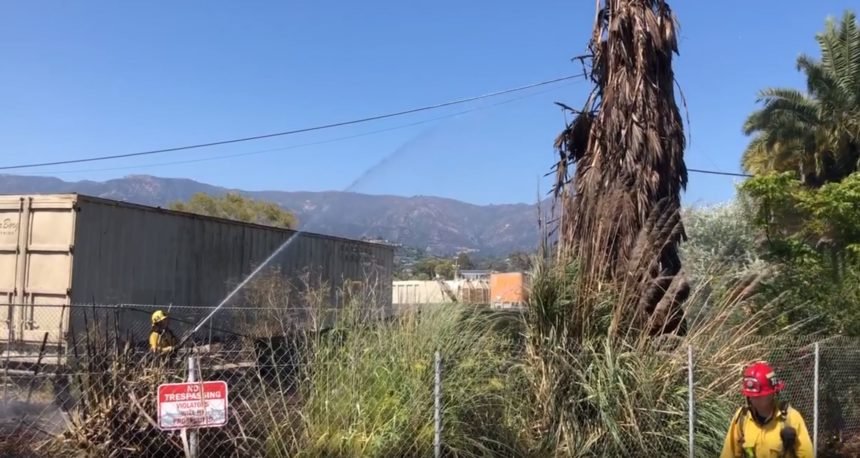 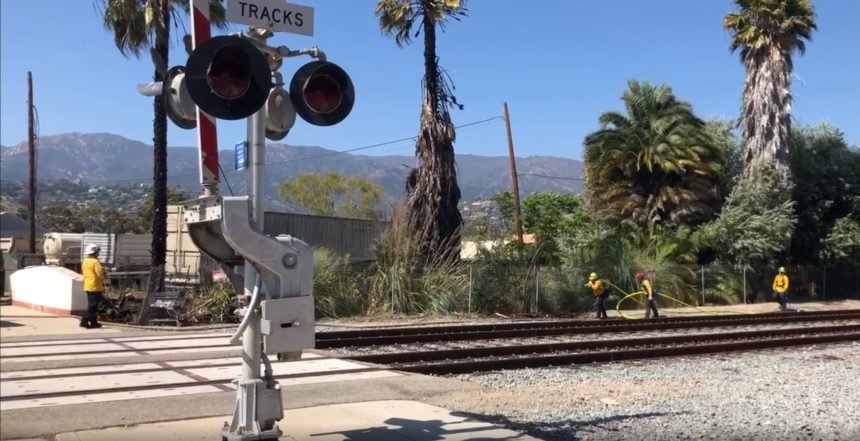 The fire was reported around 3:02 p.m. on the 140 block of Calle Cesar Chavez right next to the railroad tracks.

City firefighters deployed a full vegetation fire response. A 20 to 30-foot palm tree was up in flames when they arrived at the scene. Some nearby brush was also burning.

The railroad was shut down temporarily in the area for the safety of firefighters. It has since been reopened.

All flames were quickly knocked down within five to ten minutes of firefighters' arrival. The fire did not cause any damage to the railroad.

The cause of the fire is under investigation, however, City Fire said there was a homeless camp near the scene.