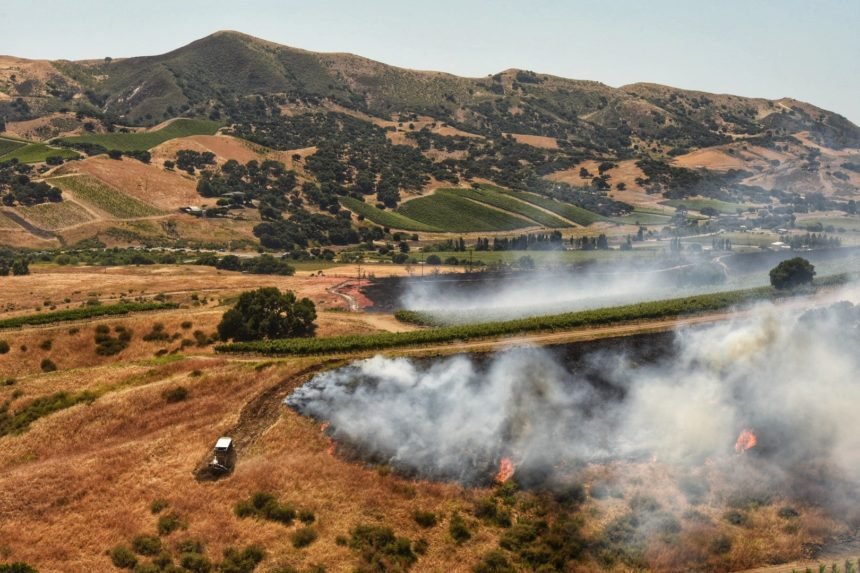 UPDATE at 8:00 a.m. - Full containment of the Drum Fire is expected Tuesday night any 8:00 a.m. according to the Santa Barbara County Fire Department.

Currently, the fire is 80% contained and GPS mapping has upped the acreage burned to 696. Firefighters continue to mop up hot spots and will remain on the scene throughout the day.

There have been no injuries.

Current acreage is 600, but officials say that total could drop when more accurate GPS mapping of the burn zone is done later Monday.

All evacuation warnings have been lifted, according to Santa Barbara County Fire.

165 Firefighters responded to the grass fire that broke out around 12:52 p.m. on Sunday in the area of 7369 Highway 246 and Domingos Road near Drum Canyon west of Buellton.

The blaze, which firefighters named the Drum Fire, was spreading very quickly to the east driven by winds that reached up to 22 miles per hour.

All forward progress was stopped around 6:30 p.m.

No injuries were reported and no structures were damaged by the fire.

An evacuation order was in place for buildings north of Highway 246 between Domingos Road and Highway 101 in the east. This evacuation included Bobcat Springs Road west of Buellton but did not include the Buellton city limits. Law enforcement assisted with evacuations.

By 6:10 p.m., the Santa Barbara County Sheriff's Department changed the evacuation order for the following area to an evacuation warning.

This fire was escalated to a second alarm brush fire response so that additional resources could be sent. A helicopter and multiple engines were on scene protecting structures and executing water drops. Planes were also assisting with an aerial attack.

California Highway Patrol instated a hard closure of Highway 246 in both directions from Avenue of Flags in Buellton to Campbell Road.

An investigator is working to determine the cause of the fire.

This is a developing story. We will update as more information becomes available. 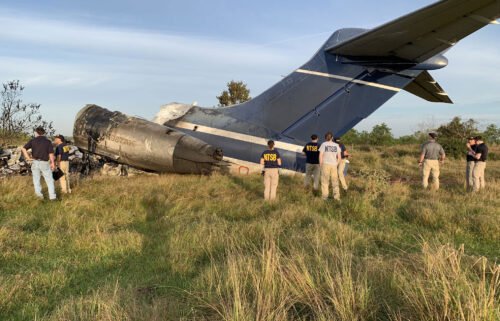