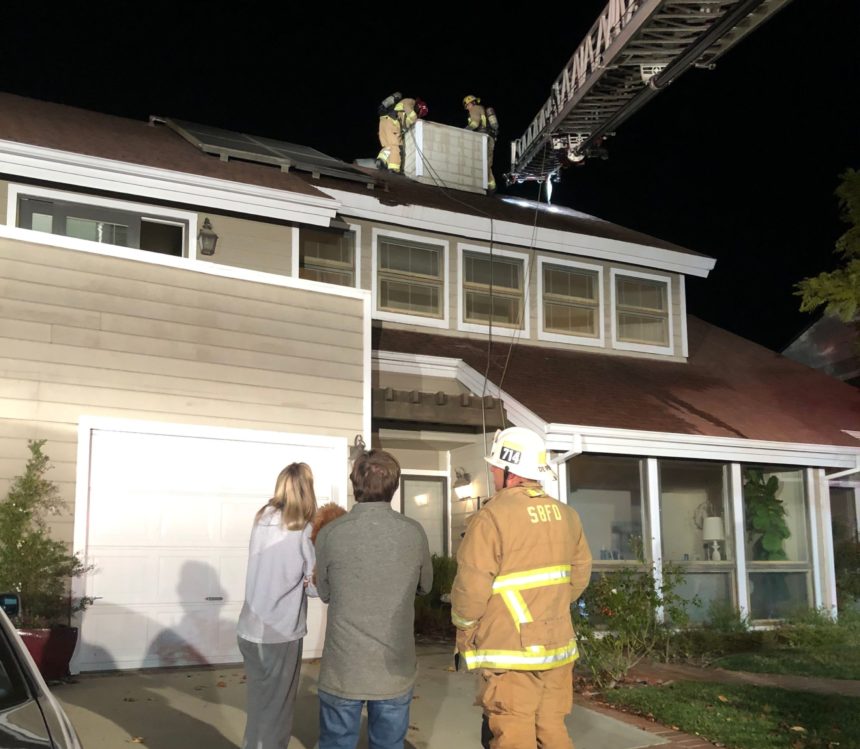 It was reported about 7:27 p.m. on the 3700 block of Lincolnwood Drive, according to the fire department.

A driver passing by noticed flames coming from the chimney and alerted the homeowner.

The homeowner began using a garden hose before firefighters arrived, according to a new release from the fire department.

Firefighters extended a ladder to the roof and chimney to completely put the fire out.

The Santa Barbara City Fire Department would like to remind residents to have their chimney cleaned and serviced regularly.