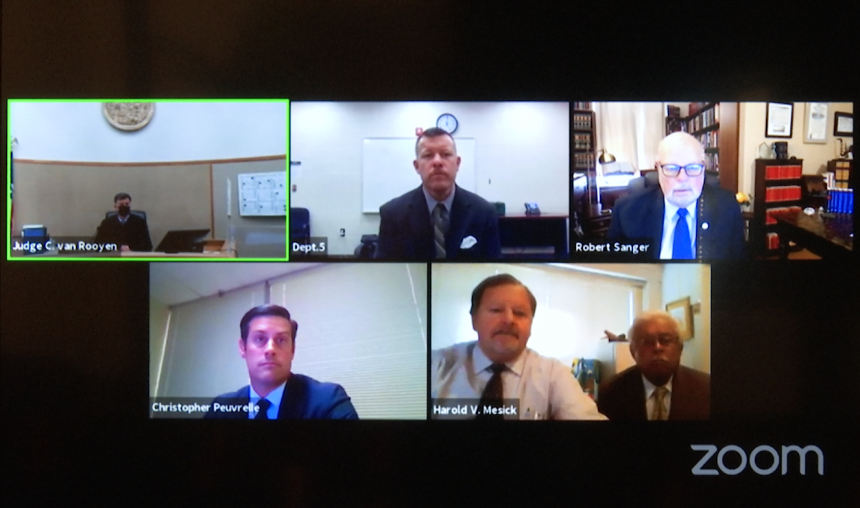 The two men did not appear physically in the courtroom.

The two defendants made their appearance online via Zoom during the virtual pre-preliminary hearing.

Paul Flores was at the San Luis Obispo County Jail where he's been since his arrest on April 13, 2021.

Flores has been in custody at the jail after his request for bail was denied by Judge Craig van Rooyen last month.

Monday's hearing was very brief. It lasted just over three minutes from start to finish.

The pre-preliminary was held to firm up the next important dates in the high-profile case.

The preliminary hearing is the next crucial step in the legal process as the prosecution will attempt to convince the judge there is enough evidence that shows the defendants should stand trial.

In a brief glimpse of the preliminary hearing, Deputy District Attorney Chris Peuvrelle said, "We have discovered substantial material to the defense already and that there is going to be additional discovery added as the investigation is ongoing and we will provide it as soon as we get it."

Robert Sanger, attorney for Paul Flores, quickly responded, "And we will look forward to receiving it."

Peuvrelle has indicated the preliminary hearing will last 12 full days.

Judge van Rooyen indicated he is going to be out of town in late July, so should the preliminary hearing last longer than expected, it would need to be delayed by an unknown amount of time.

According to District Attorney Dan Dow, Paul Flores is responsible for the death of Smart during a rape attempt on the night of May 25, 1996.

Dow also said that Flores' Cal Poly dorm room is considered to be a crime scene.

"Ruben is charged with accessory after the fact to murder," Dow said at a April 14, 2021 press conference. "The allegation against Ruben is that he helped to conceal Kristin's body after the murder was committed."