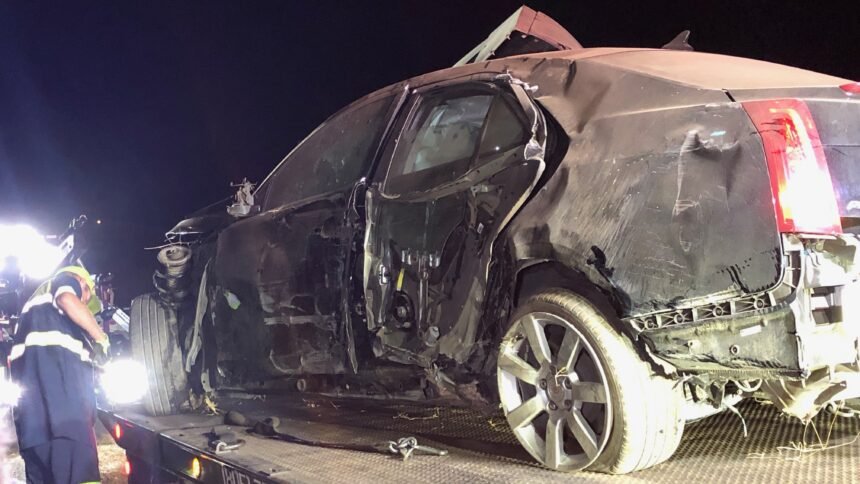 ORCUTT, Calif. - One person with critical injuries was flown by helicopter to Cottage Hospital after an off-road crash on Highway 101 in Orcutt, according to firefighters.

California Highway Patrol says the call first came in at 9:53 p.m. on Friday. The car was found 100 feet off the roadway on the other side of a fence near the Clarke Avenue offramp. CHP says the car hit the exit sign, which has now been removed.

One woman was injured in the crash, CHP said.

Traffic on the offramp was diverted by cones as firefighter units blocked the road while rescuing the victim. It took 30-minutes for the CalStar helicopter to arrive and transport the patient to the hospital. A tow truck needed to cut a hole in the fence in order to retrieve the car.

"I'd like to say if people out there just drive safe slowdown," said Officer Miller of Santa Maria CHP. "Just be cautious of your surroundings. You just don't want this to happen throughout the weekend."

CHP said drugs or alcohol may have been a factor in the crash, but the cause is still under investigation. It's believed speeding was involved, due to how far the car slid after the crash.