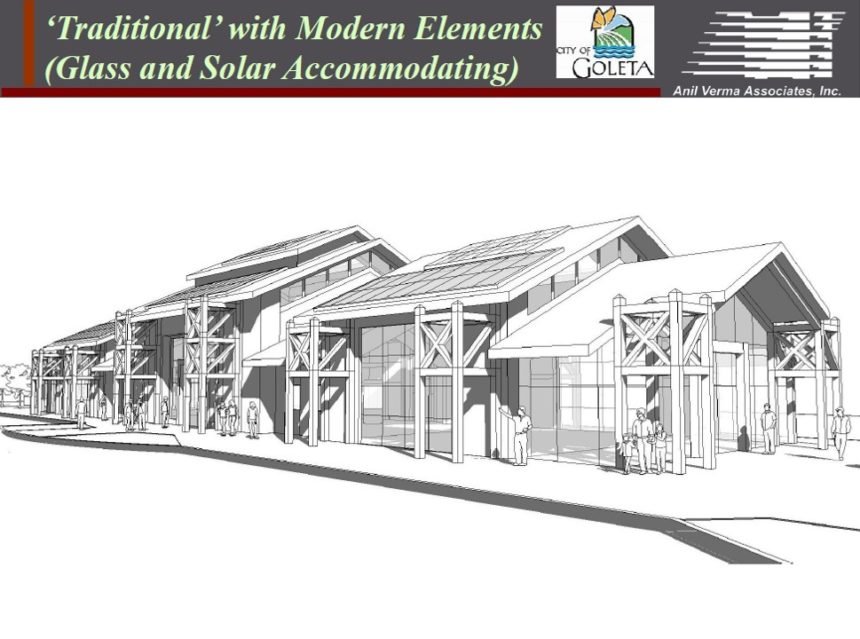 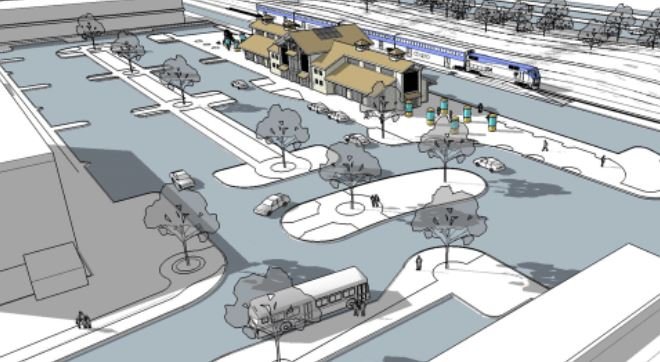 GOLETA, Calif. - The Goleta City Council held a Special Meeting on August 5, to hear an update on the Goleta Train Depot project and select a design theme for the building.

After much discussion between City Council, City staff, and the City consultant whose company came up with the three designs (“Traditional,” “Sunrise,” and “Schooner”), Council unanimously selected the “Traditional Theme” train depot building design.

The “Traditional” design takes inspiration from Goleta’s agricultural history as well as the historic nature of many of the historical train depots found throughout California, including Goleta’s historic depot that now serves as the home of the South Coast Railroad Museum.

Mayor Paula Perotte said, “This sets an important milestone for what will be a Goleta landmark project when completed. With the Council’s selection of the “Traditional Theme,” the design team can focus its efforts on one building design and really delve deeper into more of the details that will comprise the depot building and enhance the train station area.”

Vyto Adomaitis, Department of Neighborhood Services & Public Safety Director, added "Staff are very pleased with the progress being made on this important project through a collaborative public outreach effort and coordinated project team approach and look forward to returning to the City Council in October to review the proposed public improvements for La Patera Lane that will greatly enhance pedestrian, bicyclist and vehicular safety for our community."

The Goleta Train Depot will be a full-service multi-modal train station next to the existing Amtrak platform on South La Patera Lane.

Prior to Wednesday's Special City Council Meeting, the City conducted extensive outreach to find out what the community wanted in a train depot.

Outreach included a survey which more than 1,100 people completed. The community was asked to review a slide deck featuring the design concepts, site plan, building floor plan layout and three roadway designs and then provide feedback on what they saw as well as important amenities they wanted to see in the building and roadway improvements.

“A critical part of the Goleta Train Depot project has been, and continues to be, community engagement. City staff continues to receive phone calls and emails from the public expressing their preferences and desires for the project. The public’s input on the project is vital to ensuring we deliver a train depot that is not only functional and aesthetically pleasing, but also results in an iconic gateway structure that will stand the test of time,” said Jaime Valdez, Principal Project Manager in the Neighborhood Services and Public Safety Department.

The Train Depot will return to City Council in October to discuss the South La Patera Lane roadway improvements. 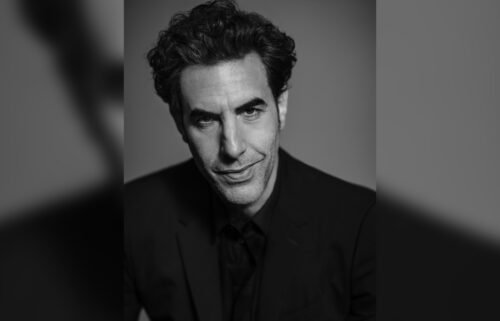