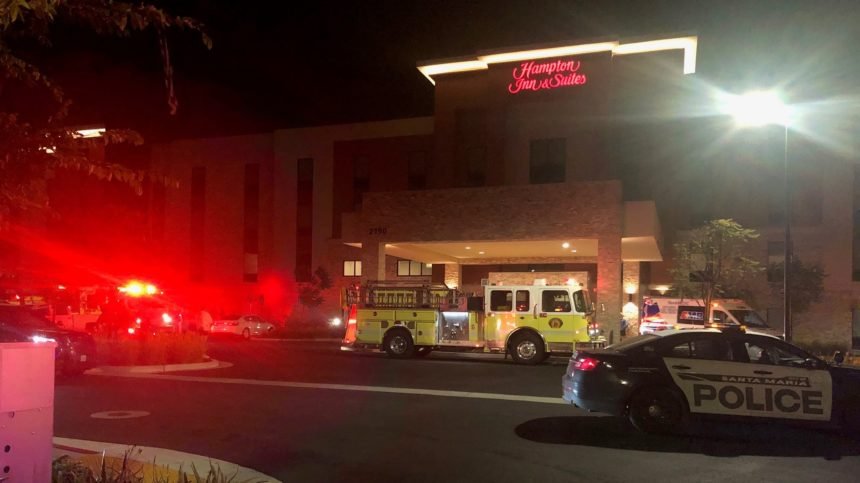 Santa Maria Fire and police departments received the reports about smoke around 4 a.m. at the Hampton Inn on North Broadway. At least one person has been taken to a local hospital.

As of 5:20 a.m. guests remained evacuated from the building.

Witnesses say a fire started on the second floor of the hotel, triggering smoke alarms and the fire suppression sprinkler system. The window in the room where the fire is believed to have started was busted out allowing for the occupant to get air. That person was then dragged out by a neighboring guest, according to the witness.