At a press conference inside the Recreation Center's Multi-Activity Center, Beau Baldwin was formally introduced as new head coach.

"It's such a special day for so many reasons," said Baldwin. "I mean this when I say, I'm truly humbled."

Baldwin comes to Cal Poly after spending the past three seasons as offensive coordinator at California.

Prior to his time in Berkeley, he was the head coach at Eastern Washington, where he built a resume that placed him among the most successful coaches at the Football Subdivision Championship (FCS) level.

"When you get the opportunity to hire someone like Beau Baldwin, with his credentials, you have to take your shot, and we did," said Don Cal Poly athletic director Oberhelman. "We certainly made the right hire and we're delighted he said yes to Cal Poly."

During his introduction of Baldwin, Oberhelman emphasized the success he achieved with Eastern Washington, rattling off a slew of accomplishments that include, a 58-14 Big Sky Conference record, five Big Sky championships, six NCAA tournament appearances, and most significantly, the 2010 national championship.

However, Oberhelman also stressed that Baldwin was the right fit for many other reasons besides his winning pedigree.

"President Armstrong and I, when we talk about our values within our athletic department and how they must align with our university, he embodies all of those things," said Oberhelman. "He has a commitment to being a mentor and an educator."

Baldwin takes over a struggling program. Over the past three seasons, the Mustangs record is just 9-24 overall, 7-17 in the Big Sky.

Still, the new coach said he is thrilled to continue his career in San Luis Obispo.

"It just felt right," said Baldwin. "Being hungry to be a head coach again, which I definitely am and I'm excited to be, but also doing it at the right place at the right time, the people here, the community, everything just felt special about this place."

As for the play on the field, the Mustangs has famously run a triple-option offense for years.

While the run-oriented offense has racked up impressive numbers in the past, including leading the nation in rushing for several years, it has also frustrated many fans for its lack of passing plays.

With a new coach on board, it sounds like fans are in store for a whole new look to the program next season.

"Schematically, yes, things will change on both sides of the ball and special teams as well," said Baldwin. "The most dramatic, and people are going to want to talk about it, is the offense, and yes, it will change, but some of the core foundation values that this staff and Coach (Tim) Walsh, those will still carry over, no matter what scheme or plays we're running."

In addition, Cal Poly has among the highest academic requirements for athletes in the nation, which can restrict the number of athletes the school can recruit.

Baldiwin believes the team can still be among the best in the country, even with what can be perceived as a disadvantage.

"Every place in the country has challenges, but when you focus your energy on those challenges, that's when you're not able to get the results on the why you can't do things," Baldwin said. I won't be around that. I won't hear that. I never have before. We're going to focus on why we can and why we will become a premiere team in this conference because there's so many positives this community, about this area, about the leadership, about this locker room and about the type of young men we can recruit to this program."

Oberhelman said Baldwin will get right to work, hitting the recruiting trail immediately.

Coincidentally, the Mustangs play at California on Sept. 12. It will mark the first-ever meeting between the two programs and just the third Pac-12 opponent ever in Cal Poly history.

Cal Poly's home debut will be on Sept. 19 versus San Diego.

At timing would have it, 2020 season tickets went on sale Wednesday. 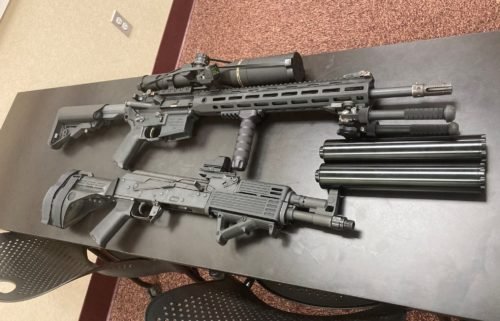