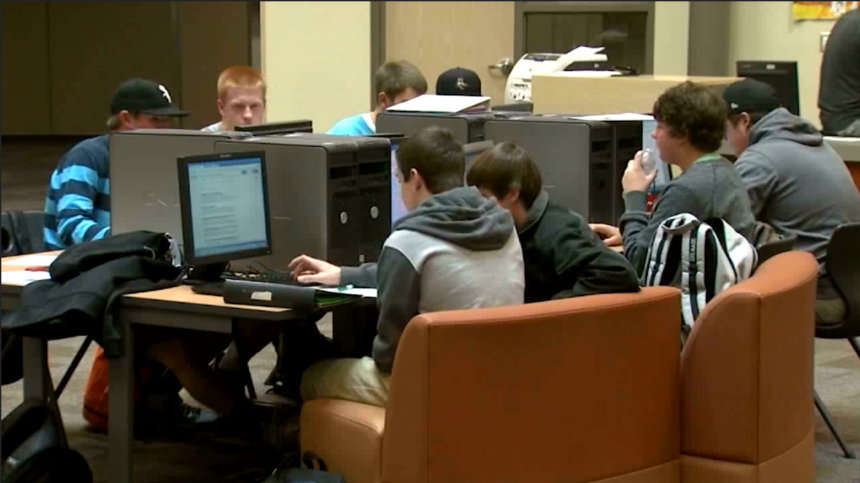 Students in San Luis Obispo County are outperforming their peers at the state level, according to recent standardized test scores in math and English. In Santa Barbara County, however, fewer than 50 percent of students are meeting the standard.

The California Assessment of Student Performance and Progress –or CAASPP –tests students in math and English. Data for the 2017-2018 school year shows 56 percent of students at Lucia Mar met or exceeded the English Language Arts (ELA) standard, while 42 percent met or exceeded the math standard.

At the state level, 50 percent reached or surpassed the ELA requirement; 39 percent did for math.

Leaders at Lucia Mar say they've seen a steady growth in CAASPP scores over the last couple of years.

“For example, Judkins Middle School, which is in Pismo beach, had an incredible double digit rise in students who met or exceeded the standard," said Dixon. “They really attribute that to good old hard work with their teachers at that school.”

“It really has a lot do with how students think about mathematics, and they have more confidence in being mathematicians.”

The district works closely with parents to make sure they're aware of their kids challenges, offering resources to those who need an extra push, as well.

“Like a math lab kind of thing after school," the assistant superintendent said. "Many of our schools also provide after school busing to increase access for our families, so transportation is not a hurdle."

Overall, in Santa Barbara County 46 percent performed well in English, and 36 percent did well in math.

White says scores have increased over the last five years since CAASPP was first implemented, but there's still room to grow.

“We are really giving teachers a lot of training so that they know how to use those materials together in the classroom," she said. "We have Saturday school, we have school during the summer, during our winter break, we have tutoring sessions.”

White adds that standardized state assessments only provides a snapshot of a student's performance.

“The testing is only a sliver of what a student's capability is. The rest of the time their work may be really really good."

White says about 60 percent of students at Santa Maria Bonita are English learners, which may play a part in how well they score on the test.

“Of course, our goal is to have the students be fluent in English as soon as possible.”

By comparison, the number of English as a Second Language (ESL) students at Lucia Mar is nearly 11 percent.

Educators say CAASPP tests don't typically influence what grade level a student is placed in, but they are used to assess teaching techniques.