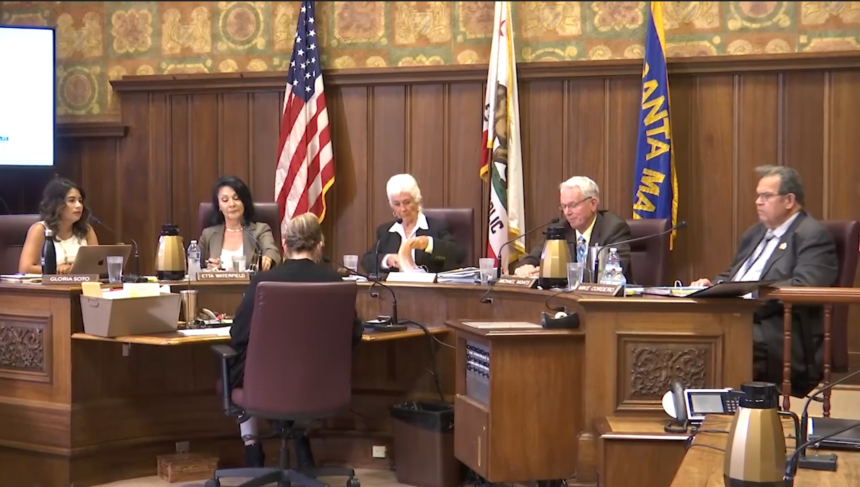 SANTA MARIA, Calif. - The Santa Maria City Council is considering a Resolution in support of a 2020 statewide initiative aimed at reducing crime.

Santa Maria Police report an uptick in crime over the last few years. The department attributes recent trends to two California laws approved by voters in 2014, and in 2016. The 2020 ballot initiative would partly roll back those measures.

On Tuesday, the City Council will consider a resolution in support of the 'Reducing Crime and Keeping California Safe Act of 2020.'

“The City Council is not going to change the law, so this is symbolic," said Van de Kamp.

The initiative qualifies for the November 2020 statewide ballot, and it would shorten the list of who can seek earlier parole, as well as reclassify certain crimes like rape of an unconscious person from nonviolent, to violent. It will also apply to some theft charges.

“Anything under $950 in value that's stolen, is a misdemeanor, no longer a felony," said Van de Kamp.

Prop 47 downgraded certain crimes like drug possession for personal use, or shoplifting, from felonies to misdemeanors. Researches say the measure has resulted in the state’s jail population hitting low numbers not seen since the early 1990s.

“In a lot of communities throughout the state, we saw that voters overwhelmingly passed this," said Abraham Melendrez of CAUSE.

Organizations like CAUSE, and the American Civil Liberties Union, support both propositions.

A 2018 study by UC Irvine found that "the implementation of Proposition 47...is not responsible for the recent upticks in crime throughout California."

"Research results suggest that the proposition has had no effect on violent crimes, including homicide, rape, aggravated assault and robbery. Increases in property offenses such as larceny and motor vehicle theft appear to show that Prop. 47 was the cause, but the UCI researchers have found that these findings do not withstand more rigorous statistical testing," the report says.

“Crime has actually reduced in the City of Santa Maria over the past 4-5 years," said Melendrez.

Recent data from Santa Maria PD shows certain crimes did decrease in the last few years since Prop 47 and Prop 57 were implemented. However, Chief Phil Hansen says it appears that way because Prop 47 reclassified serious offenses previously included in the department's felony yearly reports. Hansen says other crimes, like shoplifting, are also underreported.

A 2018 study by the Public Policy Institute of California found that "while research so far has not revealed convincing evidence that violent crime has risen as a result of reforms, some property crimes have increased. And though Prop 47 reduced recidivism rates for lower-level drug and property offenses, it is not clear to what extent this is driven by reduced reoffending, as law enforcement and prosecutorial changes likely contributed to the declines."

The Peace Officers Research Association of California is among the agencies in support of the proposed measure.