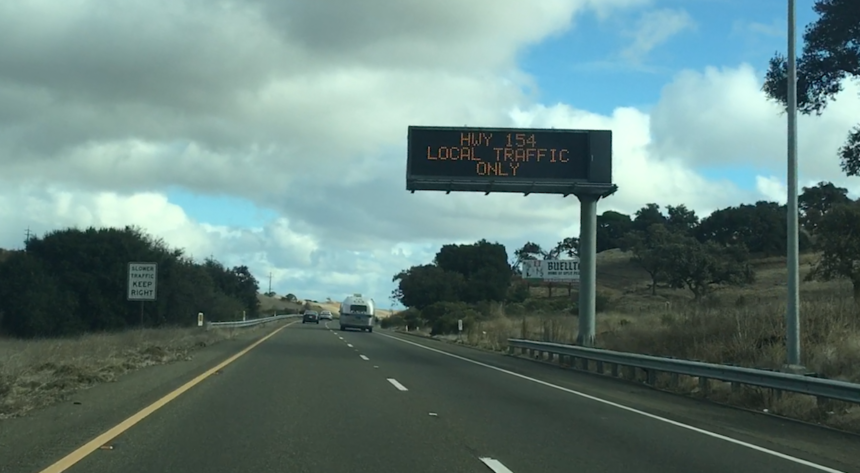 While Thanksgiving weekend is traditionally one of the busiest travel times in the country, it can also be the deadliest.

This year, all area offices within Coastal Division have teamed up to help drivers avoid any tragedies.

There will be more Buellton CHP officers on patrol for a maximum enforcement corridor operation along us 101.

“We are focusing our enforcement efforts on the 101 freeway and we’re having as many units out and about as we can all day long and you’ll see us with our rear amber lights on just reminding drivers to slow down,” said officer Kevin McCool with the Buellton California Highway Patrol.

Central Coast drivers can expect worse than usual on traffic during the next 24 hours especially in light of this week's fires near Highway 154 and congestion on the grape vine.

“We will see an increased amount of traffic on our roadways, especially because of the fact that certain roadways are closed, so most traffic is going to be utilizing the 101 specifically in our area,” McCool said.

Historically, McCool said this highway is known for increased accidents just before Thanksgiving.

One day before Thanksgiving last year, Coastal Divison responded to 40 traffic collisions including seven with injuries and one fatality.

Given the number of travelers increasing this year, McCool wants to remind drivers, as rain is expected in the forecast, to reduce their speed from the maximum speed limit if need be to drive safely.