As kids head back to school this month, vaccination rates among adolescents tend to be lower in states that have banned mask mandates in schools than in states that will require masks in schools, a new CNN analysis finds.

About 8 million adolescents — representing about a third of those ages 12 to 17 — have been fully vaccinated so far, according to data published Wednesday by the US Centers for Disease Control and Prevention. Fully vaccinated means that it has been two weeks since they completed a second dose of the Pfizer/BioNTech coronavirus vaccine, the only vaccine authorized for those under 18.

So far, CNN has identified at least seven states — Arkansas, Arizona, Iowa, Oklahoma, South Carolina, Texas and Utah — that have prohibited mask mandates in schools at the state-level. Arkansas Republican Gov. Asa Hutchinson said Tuesday he regrets approving a statewide ban on face mask mandates earlier this year and has called the state legislature into a special session in an effort to amend the law.

Most of these states have vaccinated a smaller share of adolescents than the national average, including Oklahoma, South Carolina and Arkansas, which have each vaccinated fewer than one-fifth of adolescents.

Meanwhile, at least six states — Connecticut, Hawaii, New Mexico, New York, Virginia and Washington — require masks in schools, each of which has fully vaccinated a larger share of adolescents than the national average, including Connecticut, which is one of only three states to have vaccinated more than half of adolescents.

Idaho was not included in CNN’s analysis of CDC data, as data on adolescents by that state were not available.

As of Wednesday, the states that have vaccinated the most young people, according to the CDC’s data, are:

The states with the fewest adolescents fully vaccinated, according to the CDC’s data, are:

However, a recent rise in vaccinations across the United States might lead to a rise in the percentage of teens vaccinated in those states.

Across all ages, the pace of Covid-19 vaccinations in the United States has risen steadily over the past three weeks, particularly in several Southern states with poor vaccination rates and strong hesitancy against the shot, according to a separate CNN analysis of CDC data.

Over the past two weeks, adolescents specifically have represented a larger share of new vaccinations than their share of the total population, CDC data shows.

As Covid-19 infections and hospitalizations nationwide have recently increased, largely attributed to the spread of the more dangerous Delta variant, so did the seven-day average of new vaccine doses administered — up 26% from three weeks ago. Most people with severe cases of Covid-19 are unvaccinated.

The spike in vaccinations is most striking in several Southern states dealing with lagging vaccination rates.

Alabama’s average, for instance, is more than double three weeks ago. The state has the country’s lowest rate of its total population fully vaccinated, at 34%. Gov. Kay Ivey on July 23 called out “the unvaccinated folks” for the rise in Covid-19 cases there.

Arkansas, with just 36% of its population fully vaccinated, also has seen its average daily rate of doses administered double in the last three weeks.

Louisiana, which had by far the most new cases per capita last week and only 37% of its population fully vaccinated, saw daily vaccination rates rise 111% compared to three weeks ago.

McDonald’s and iPads for vaccinated teens

Overall, Becky Pringle, president of the National Education Association, told CNN on Wednesday that she was not surprised by the range among states in the number how adolescents fully vaccinated — emphasizing that the states with fewer young people vaccinated also have had leadership that has not been supportive of certain Covid-19 mitigation measures, such as mask-wearing, and some political leaders have shared misinformation about Covid-19.

“When people hear that (misinformation) over and over again, it does impact our ability to get those vaccination rates up, not only for our kids, but in our communities. So, we’re going to continue to work to combat that,” Pringle said.

In December, the NEA published a position statement saying that vaccines are “essential medical tools in preventing infectious diseases” and that parents should follow vaccination guidelines from the American Academy of Pediatrics and the CDC.

“Our teachers have been working directly with parents in assuring them, for example, that the schools are safe and we’re going to be doing the same thing with vaccinations,” Pringle said. “We’re going to be arming our educators, all of them, with information so that they can provide that information directly to parents and try to get those vaccination rates up.”

More city and county health departments are partnering with K-12 public schools to host Covid-19 vaccination clinics or develop ways to incentivize vaccines for young people ages 12 to 17 — working down to the wire, as many schools have already started classes.

“There is a large national effort underway to promote school vaccine clinics being held or incorporated into back-to-school activities,” Lori Tremmel Freeman, chief executive officer of the National Association of County and City Health Officials, told CNN on Wednesday.

“We’re hearing from our health departments actively working with their school districts to support school vaccination efforts, including working with school nurses in the community to make sure they have needed resources and assistance to host a successful vaccine clinic — and that is certainly happening universally across the country in different jurisdictions,” she said. “As we head into the start of classes this month, we’re seeing more and more schools talking about incorporating vaccine clinics into their programs, where possible.”

Some schools and local health departments also are offering incentives for teens to get vaccinated, Freeman said.

“We have started to see the active use of incentives, because the American Rescue Plan Act has freed up money to do that,” she said. “More things for kids and teens are being offered, like college scholarships, for example, or iPads, or computer equipment — more student-oriented types of incentives.”

In Washington, DC, for instance, Mayor Muriel Bowser announced last week that students who are eligible to receive the Covid-19 vaccine will also be eligible to win an iPad or a $25,000 college scholarship. “Once student names are drawn, a District representative will reach out to the family to confirm the student’s vaccination status. If the student is already vaccinated, they will be able to claim their prize,” according to the announcement.

Paterson Public Schools in New Jersey announced on Tuesday that the district will offer transportation to Covid-19 vaccination sites for eligible students and their families, and students who get vaccinated will be offered a $10 voucher to a nearby McDonald’s.

The first day of classes is on September 8 for Paterson Public Schools — five weeks from now.

For the students who might not be fully vaccinated by the first day of school, Shafer told CNN on Wednesday that as long as they start the process of getting vaccinated is what matters, especially with the more transmissible Delta variant circulating.

“I don’t think with this virus and variant that anything is too little, too late. This is about saving lives,” Shafer said, adding that the school district has been encouraging vaccinations since the spring.

“This right now for us is just a really big push, because we see things getting worse — and I want to take all roadblocks away, whether it’s transportation, or whether it’s an incentive, whatever it is, I just want to make sure that we’re addressing it to make it easier for parents to get their child vaccinated,” Shafer said. “I don’t think with this anything is ever too little, too late.”

Correction: A previous version of this article included Vermont among the states prohibiting mask mandates.

CNN’s Matthew Hilk and Ray Sanchez contributed to this report. 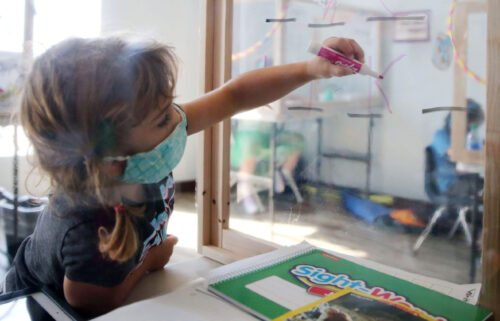 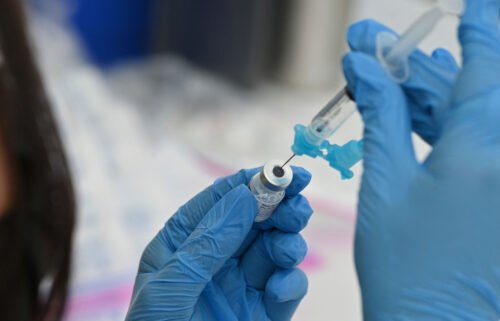 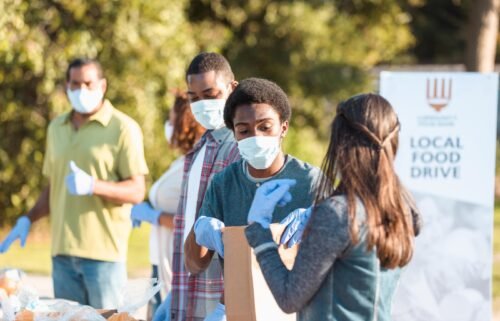