John Rivers said it was this picture he took of a Great Dane named Bill that resulted in him losing his job with the Palmer Highway Department. It shows the dog in a kennel full of feces – which we have blurred – at the town’s dog pound.

He told Western Mass News that about a month ago, he was on his break and he walked from his job site to the dog pound, which is located on the same property.

“Then I heard a bark on the opposite side of the kennel and when I walked around the corner, that’s when I saw the conditions of the Great Dane,” Rivers explained.

He said he was disturbed to find the Great Dane stepping in piles of excrement.

“It was almost 20 piles…I was mad, pretty irritated about it…that I just wanted to take the dog out of the kennel and take it home,” Rivers added.

Alarmed by what he saw, Rivers posted the picture on social media.

“I was on my 15-minute break and that’s when I posted it and within 15 minutes, they fired me…I lost my job for using poor judgement. That’s what they fired me for,” Rivers said.

Western Mass News reached out to Palmer’s town manager Ryan McNutt to learn more. He said, “the town does not comment on employment related matters. “

When Western Mass News stopped by the facility, we found a dog in an outside kennel, but not the Great Dane. The town told us there is a pit-bull on-site, who is expected to be picked up by a rescue this week.

“…But the conditions of the dogs that a lot of people don’t realize what’s happening. It’s very sad,” Rivers explained.

Rivers questions whether or not the facility is heated and how often the dog officer stops by.

“They are supposed to go twice a day to take care of the dogs and apparently, somebody wasn’t doing it,” Rivers said.

We brought these specific questions to the town manager who replied in writing and told us, “we have heat for the kennel, yes.” In regard to how often the dog officer stops by, he said, “Everyday, multiple times a day. Easter Sunday had approximately four visits, minimum. “

Regarding the picture taken by Rivers, McNutt said, “I am not speaking specifically about Bill and any photo we cannot verify.” He concluded, “The town is in the process of designing a new shelter building that will be larger and have more land area. The current shelter is adequate during the project to construct the new shelter.”

Rivers plans to sue the town of Palmer for wrongful termination. In the meantime, he continues to advocate for Bill and other dogs who can’t speak up for themselves.

“There should be a big change in that dog kennel. It’s really disgusting, unlivable for dogs,” Rivers said. 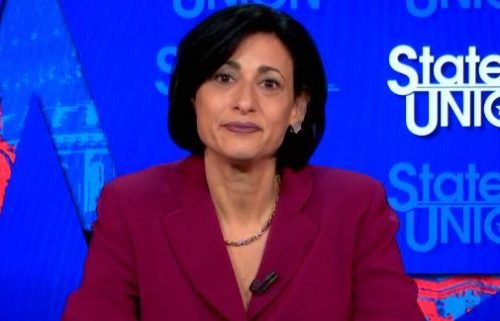