"We were expecting a normal delivery and in the delivery room, we're not sure why, but I started bleeding blood uncontrollably," said Sharkey. "I bled out all of my clotting factor and that's when it turned into the DIC, which means your blood can no longer clot no matter how much blood they put into you, you can't clot it anymore."

With Sharkey losing so much blood, the situation quickly became grave.

Sharkey while said at Cottage Hospital, doctors performed what is known as a "mass transfusion protocol."

"That's what saved my life," said Sharkey, who received 30 units of blood during her emergency ordeal.

"Thirty people had to come together to donate plasma and platelets and blood for me to survive."

Sharkey was unconscious for four days and spent two weeks in hospital.

"By the time I woke up, the nurses were telling me, you almost died, but it's okay, it's all behind us now," said Sharkey.

She said it took her about a year to fully recover from the harrowing experience.

She credits her husband Alan, a trained medic, for helping save her life and his role in her long recovery.

"I'm back to living my life as full as I can and I'm still in my military unit," said Sharkey. "I'm a reservist. I have two jobs and I'm full-time working, raising a family, it's a good life."

Now, four years later, she wants to spread the word on the importance of blood donations.

For the second year in a row, Vitalant is holding an MLK Day of Service Blood Drive.

"It's very important for people to donate blood for our community," said Laura Segura, Vitalant, Donor Recruiter. "As our community grow, so does the need for blood and we would like people to come in at least three times a year and donate blood, that would be great."

To help inspire people to donate, Vitalant is providing a few incentives.

"If you come out and donate on Monday, you will receive an entry into the Dream Vacation (contest) to Hawaii, Cancun or Disneyland," said Segura.

Donors may also receive a $10 Chipotle eGift Card through the Donor Rewards Store.

The Santa Maria location will remain open until 7 p.m.

To help give back, Sharkey and her husband regularly donate blood at Vitalant.

She's aiming to equal the 30 units of blood she received during her emergency.

Sharkey also has a plan for her four-year-old son Edwin.

"Being a toddler, he doesn't fully appreciate all of this, but he will one day and when he turns 16, we're going to march him down to the blood bank and he's going to be donating on his 16th birthday," said Sharkey.

When Edwin does eventually donate, he'll help save a life, just like the people who helped save his mom's the day he was born.

"All these people who donate generously without knowing who gets the blood or when or if it's going to be used, you never plan to need blood," said Sharkey. "These are amazing people." 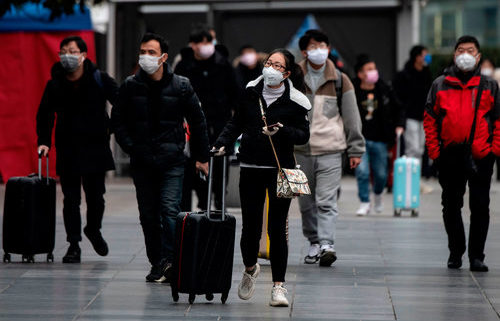