The House select committee investigating the January 6, 2021, attack on the US Capitol has held a series of public hearings in an effort to shed new light on the events of that day and how former President Donald Trump’s lies about the 2020 election incited a mob of his supporters to violence.

The hearings have featured a wide array of information gathered during the investigation that has taken the form of taped clips of interviews conducted by the panel, live testimony from witnesses, and documentary materials.

During a hearing on Thursday, which culminated in a vote to subpoena Trump, the committee showed previously unseen footage of congressional leaders on January 6 sheltering and attempting to have federal law enforcement deployed to counter the attack.

CNN obtained roughly an hour of additional material that wasn’t presented by the panel. The footage, obtained exclusively by CNN, shows in vivid new detail how congressional leaders fled the US Capitol on January 6 and transformed a nearby military base into a command center, where they frantically coordinated with Vice President Mike Pence and Trump Cabinet members to quell the insurrection and finish certifying the 2020 election. The footage was captured by Alexandra Pelosi, a documentary filmmaker and daughter of the Democratic speaker of the House.

It has been known since January 6, 2021, that congressional leaders from both parties were hastily evacuated to Fort McNair, which is about two miles south of the Capitol. But prior to Thursday, the public has seen very little footage from inside the base, and the new tapes show for the first time Pelosi’s rushed exit from the Capitol and into an SUV that took her to the base.

The clips show chaotic scenes of Democrats and Republicans working the phones at Fort McNair, sometimes together, trying to figure out what was going on at the overrun Capitol, and begging for help.

Here are some of the key takeaways from the new footage:

“Will you ask the President to make a statement to ask them to leave the Capitol?,” Schumer says. Rosen sidesteps the question, saying instead, “So, uh, as you might guess we’re coordinating as quickly and as” — at which point Schumer jumps in to say, “no, no, no, please answer my question,” before shouting, “answer my question!”

At that time, Schumer likely didn’t know Rosen’s relationship with Trump had deteriorated, and that Rosen was less of a Trump loyalist and more of an ally supporting the transfer of power.

Days earlier, Trump had threatened to fire Rosen and replace him with Jeffrey Clark, a top Justice Department official who was willing to do what Rosen wouldn’t: Use the powers of federal law enforcement to overturn the results of the 2020 election to keep Trump in power.

At the start of the clip, Schumer can be seent shouting at the then-Army Secretary Ryan McCarthy.

Schumer then hangs up the phone and tells Pelosi who is sitting nearby, “They have not denied it. I spoke to the Secretary of the Army. He’s given the full OK to (inaudible) the National Guard. He said it was not denied.”

Pelosi can be seen reacting to Trump’s speech at the Ellipse, where he told his supporters to march to the Capitol, and said he’d be there with them to protest the election certification.

“Tell him, if he comes here, we’re going to the White House,” Pelosi quips, with a laugh.

Later, Pelosi’s chief of staff notifies her that the Secret Service “dissuaded (Trump) from coming to Capitol Hill.” It’s unclear how the aide learned this. But the footage backs up the testimony of Trump White House official Cassidy Hutchinson, who told the January 6 committee about Trump’s attempts to force his security detail to take him to the Capitol, but they overruled him.

Later in the clip, Pelosi can be seen saying “we have got to finish the proceedings or else they will have a complete victory,” a reference to how lawmakers wanted to finish certifying the results of the 2020 presidential election and Joe Biden’s win after the pro-Trump mob attacked the Capitol.

This clip shows Pelosi on the phone with Vice President Mike Pence, who says he is at the Capitol building. Pence gives Pelosi and Schumer a heads up that law enforcement officials believe the House and Senate will be able to reconvene in “roughly an hour.”

The video demonstrates how Pence worked to relay information to congressional leaders on the day of the attack. When Schumer hears what Pence has to say, he responds emphatically by saying, “Good news!”

“They have thousands of law enforcement on the campus and they’re confident they can secure the campus for reconvening so, I hope that’s helpful,” Pence says. Pelosi thanks him afterward.

This clip shows in lengthy detail how the situation at the Capitol escalated on January 6 with rioters swarming the building and eventually breaching it. It shows rioters screaming obscenities directed at a variety of people including law enforcement officers, Pelosi and Pence.

Later Pelosi is seen sheltering with Schumer and other congressional leaders. They pass a phone around with photos of the scene unfolding at the Capitol. “Oh my God. They broke into the Senate chamber,” Schumer says.

A television is turned on showing footage of the attack. “Oh my God, they’re just breaking windows,” Pelosi says, reacting to what she sees on the screen. “It’s just horrendous. All at the instigation of the President of the United States.”

Later, a group of bipartisan congressional leaders huddle around a phone to speak with Christopher Miller, the acting Defense secretary.

Then-Senate Majority Leader Mitch McConnell has message of urgency for Miller, saying, “we’re in one hell of a hurry, you understand?”

Miller responds that he got the message, “loud and clear.”

Pelosi is later seen speaking with Pence on the phone. She asks him how he’s doing and expresses concern for his safety. “Don’t let anybody know where you are,” she warns.

Perhaps the most consequential revelations are the phone calls between Pence and Pelosi, who were first and second in the line of succession.

Their first call in the footage happened around 4:20 p.m. ET. Pelosi asks Pence about his well-being and his physical safety, before discussing the possibility of resuming the joint session of Congress at Fort McNair, so lawmakers could complete the ceremonial process of finalizing Biden’s victory.

“I worry about you being in that Capitol room,” Pelosi tells Pence, who was holed up in a loading dock  underneath the Capitol with his security detail. “Don’t let anybody know where you are.”

As late as 4:30 p.m. ET, top congressional leaders were talking with McCarthy, the Army secretary, about completing the joint session of Congress at Fort McNair.

“We must finish,” Schumer said, “but you have to help us make that decision.”

Schumer and others later discuss the logistics of shuttling hundreds of lawmakers to Fort McNair. Pelosi wonders aloud if there were microphones they could use. Officials tried to resolve the big questions: How would lawmakers get bused from the Capitol to Fort McNair? Where would they go after certification is completed? How would they get home safely?

But the congressional leaders were also wary, and Schumer said the Fort McNair backup plan would look like “we’re abandoning the Capitol to insurrectionists.” 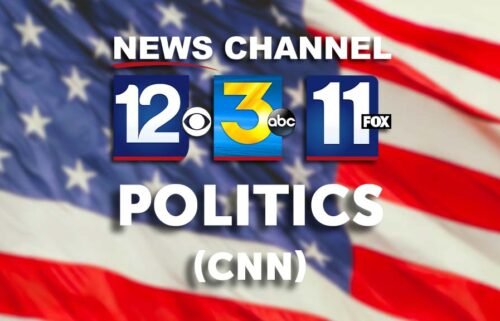 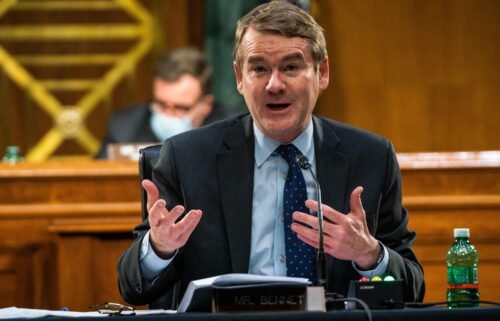 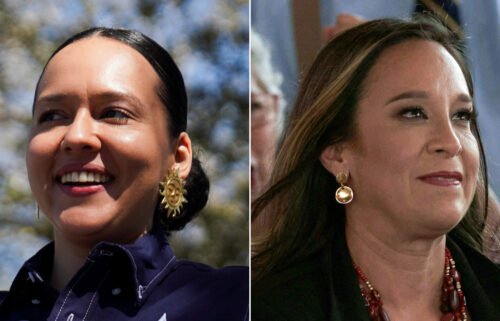 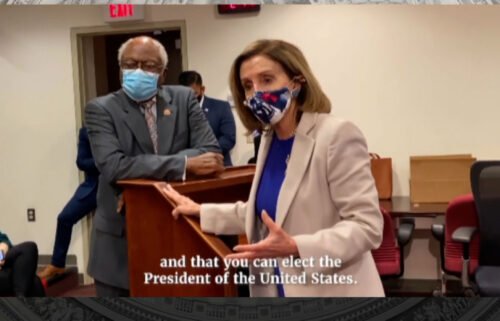