“Like, everything just seems so surreal right now, so it’s just trying to…I guess I’m still in shock and I’m trying to wrap my head around it and I don’t want to believe it’s happened,” said a tearful Christina Sexton.

“She was on her way, bringing him back home when this happened,” Sexton said. “I found out…it happened at 4:30 is what I was told but we didn’t find out until almost 11:00, when the State Troopers got to our house.”

State Troopers said the Chrysler Pacifica, being driven by a 17-year-old girl was west bound on County Road 64 when it left the roadway and struck a tree. It happened Saturday afternoon.

It’s not just Sexton’s family who is mourning. Those close to the other victim also went to the accident scene Monday, June 14, 2021 in disbelief that their friend was gone.

“I’m trying to stay strong for my friend’s mom because I know that’s what she would want but it’s really hard,” said friend of the driver, Casey Dunn. “She was one of the most amazing people that I actually met.”

Two families are now trying to cope with a terrible loss. Christina Sexton said it’s comforting to see the support coming forward from the community that she’s grown to love.

“It makes me realize that I have moved to the right community with as much as this community has come together and is supporting everybody in this situation,” Sexton said.

State Troopers are still investigating the cause of the accident. A Go-Fund-Me account has been set up to help pay for Bear’s funeral expenses and Symbolic Ink Tattoo Studio in Foley is doing a benefit for the family on Thursday. Bear Sexton would have turned 18 on Father’s Day.

Fox 10 News isn’t saying who the other victim is because Troopers have not released her name and we haven’t been able to get in touch with the girl’s family. 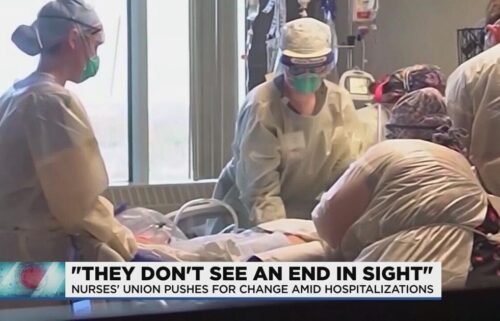