SAN LUIS OBISPO, Calif. -- Professional golf returns to the Central Coast this weekend when the 23rd Annual Straight Down Fall Classic tees off on Saturday morning.

The two-day pro-am invitational will be held once again at the San Luis Obispo Country Club.

It's a two-man team event, pairing a professional with an amateur playing partner.

"I think it's great," said Loren Roberts, an 8-time winner on the PGA Tour. "It's super how the city has embraced it. I love getting the spectators out here on the weekend to watch and there's some pretty doggone good golf played out here. I just think it's great for this area."

The San Luis Obispo native is one several recognizable names to headline the tournament.

The tournament also features a pair of first-time players, Kenny Perry and Rod Pampling, who have combined for 17 victories on the PGA Tour.

"I've heard a lot of great things about it," said Perry, who has 14 PGA Tour victories, along with 10 on the Champions Tour.

The Kentucky-native recently signed with Straight Down as a brand ambassador.

"I'm an east coast guy and this is a west coast event," Perry said. "I didn't have any involvement until I signed on with Straight Down this year and Mike (Rowley) told me about it. I'm fortunate to bring a real good amateur and we've been trying to play in a tournament together and I said this would be a perfect event to get him out here and have a good weekend together, have some fun and play some good golf."

Pampling has three PGA Tour wins and is making his first trip to the Central Coast.

"It's a great format," said Pampling. "It's nice to turn out to an event and have some fun, not that you don't have some fun, but this just a little bit more fun."

One of the most popular features of the tournament is spectators are allowed to walk the fairways, giving them an opportunity to interact with the players.

"I think it's great that they can walk in the fairways because that's the way golf use to be, spectator golf that is, they could go anywhere," said Roberts. "I think it's good interaction with the fans."

Perry is also excited about the relaxed nature of the event.

"I love the ability for them to get close," said Perry. "That's kind of like it is on the Champions Tour. The fans get really close to us. It's not like the PGA Tour. It will like old school. There won't be any roped off fairways, I think. They'll be walking pretty close to us and it will be a lot of fun."

Perry added it's a rare opportunity for spectators to watch professional golf free of charge.

The Straight Down Fall Classic is scheduled for Nov. 16-17. 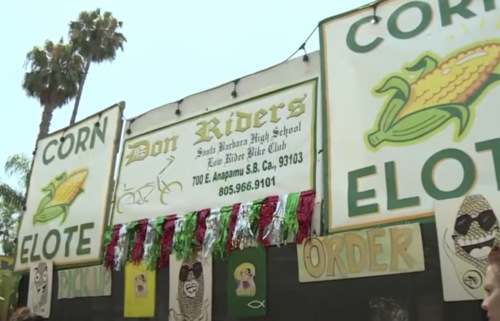 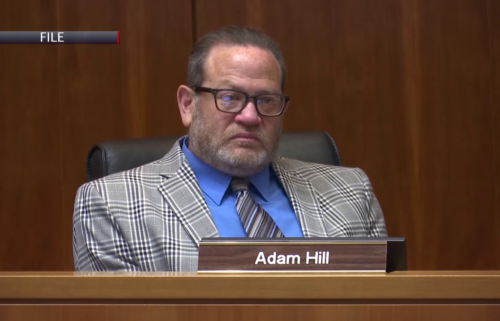