As Florida wakes up Friday to apocalyptic, coast-to-coast damage — with searchers still going door-to-door and millions without power — deadly Hurricane Ian has begun lashing South Carolina, where an expected Friday afternoon landfall threatens more lethal flooding and could be powerful enough to alter the coastal landscape.

After killing at least 19 people, Ian restrengthened to a Category 1 storm in the Atlantic and was barreling toward South Carolina with winds of 85 mph as of 8 a.m. ET Friday, with its center expected to move onto land in the afternoon between Charleston and Myrtle Beach, forecasters said.

Winds of tropical-storm strength — 39 to 73 mph — already were hitting much of the Carolinas’ coast by 8 a.m., and life-threatening storm surge and hurricane conditions were expected within hours, the National Hurricane Center said.

“This is a dangerous storm that will bring high winds and a lot of water,” South Carolina Gov. Henry McMaster tweeted. “Be smart, make good decisions, check on your loved ones, and stay safe.”

Meanwhile, Florida is taking stock of the dizzying destruction Ian wrought through much of the peninsula Wednesday and Thursday after it smashed the southwest coast as a Category 4 storm. Homes on the coast were washed out to sea, buildings were smashed throughout the state, and floodwater ruined homes and businesses and trapped residents, even inland in places like the Orlando area.

Hundreds of rescues have taken place by land, air and sea, with residents stuck in homes or stranded on rooftops, and searchers still are performing wellness checks, especially in the Fort Myers and Naples areas, where feet of storm surge inundated streets and homes.

And now, the storm’s aftermath poses new, deadly dangers of its own. Some standing water is electrified, officials warned, while maneuvering through debris-strewn buildings and streets — many without working traffic signals — risks injury. Lack of air conditioning can lead to heat illness, and improper generator use can cause carbon monoxide poisoning.

In North Port between Fort Myers and Sarasota, Rosanna Walker stood Thursday in the flood-damaged home where she rode out the storm. Part of her drywall ceiling was hanging down.

“And all of a sudden, the water was coming in through the doors — the top, the bottom, the windows over here,” she told CNN’s John Berman. “It’s all in my closets; I’ve got to empty out my closets.”

Here’s what to know:

• Dozens of deaths reported: At least 19 storm-related deaths have been reported so far in Florida, though that number is likely to rise. A majority of the fatalities are in hard-hit Lee and Charlotte counties.

• More than 2 million outages: Millions of Floridians who were in Ian’s path are still in the dark as of early Friday, according to PowerOutage.us. Most counties with the highest percentage of residents without power lie in the southwest, including Lee, Charlotte, DeSoto and Hardee.

• Historic flooding in some areas: Record flooding was recorded across central and northern Florida, including at least three rivers that hit all-time flood records. Officials in Orlando warned residents of dangerous flooding, which exceeded a foot in some areas.

• Hundreds of rescues and thousands of evacuations: More than 700 rescues have happened across Florida so far, the governor said Thursday, and thousands of evacuees have been reported. In Lee County, a hospital system had to evacuate more than 1,000 patients after its water supply was cut off, while other widespread evacuations have been reported in prisons and nursing homes.

• Coastal islands completely isolated from mainland: Sanibel and Captiva islands in southwest Florida are cut off from the mainland after several parts of a critical causeway were torn away. At least two people were killed in the storm in Sanibel, and the bridge may need to be completely rebuilt, local officials said. Chip Farrar, a resident of the tiny island of Matlacha, told CNN that 50 feet of road essential to reaching the mainland bridge has been washed out, and a second nearby bridge has also collapsed.

• Storm’s impacts today: A hurricane warning has been issued from the Savannah River at the Georgia-South Carolina state line to Cape Fear, North Carolina. Considerable flooding is possible from seawater and rain, especially in parts of coastal South Carolina, where storm surge up to 7 feet and 4 to 12 inches of rain could hit, forecasters say.

McMaster, of South Carolina, implored residents not to underestimate the storm’s danger and urged them to follow storm warnings closely to prepare for impact on Friday.

And when all is said and done, Ian’s storm system will likely have left behind lasting changes in its wake.

The coastlines along Georgia and South Carolina may sustain significant alterations because the powerful waves and storm surges brought by Ian could inundate coastal sand dunes, according to the US Geological Survey.

In addition to flooding communities behind the dunes, the storm may push sand back and deposit it inland, which could “reduce the height of protective sand dunes, alter beach profiles and leave areas behind the dunes more vulnerable to future storms,” the agency said. 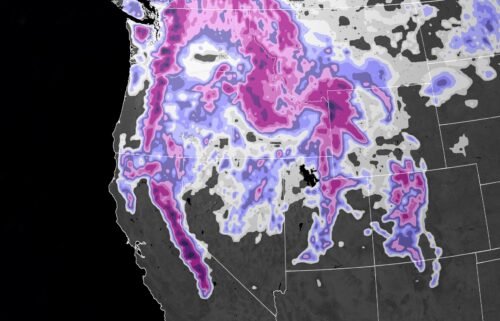 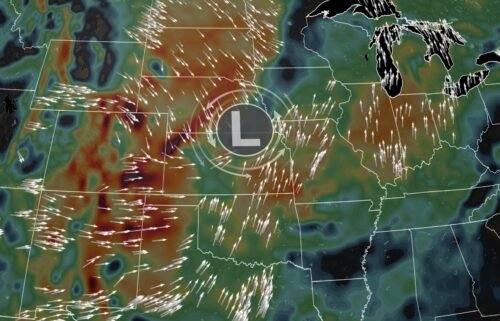 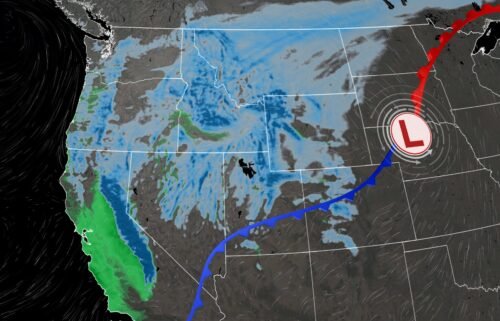 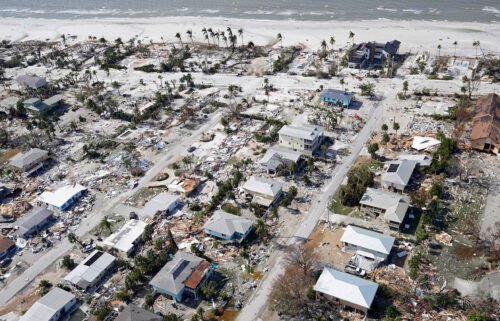