One of the busiest travel weekends of the year is here and if you are among the estimated 53.4 million people traveling home from Thanksgiving festivities this weekend one of two storm systems could impact your plans.

The best time to travel both Saturday and Sunday is before noon, according to AAA. However weather could be a complicating factor.

Heavy rain associated with an atmospheric river is set to drench the Pacific Northwest, while a clipper system will bring snow and gusty winds this weekend to many across the Midwest and Northeast.

Wintry weather could hamper travel across the Midwest and Northeast

Let’s first begin in the Northeast where more than 8 million people are currently under winter weather alerts. That number is likely to rise through the weekend.

The first system has left appreciable snows in its wake. Roughly a foot has accumulated on some of the higher peaks in Vermont and New York on Friday through Saturday morning.

Meanwhile, around 4 to 6 inches has fallen east of Lake Erie with lighter amounts elsewhere.

“Blowing snow caused by windy conditions are likely to remain a hazard for the interior Northeast today,” the Weather Prediction Center said on Saturday morning. This blowing snow could reduce visibility on the roadways across the Northeast on Saturday.

The second system, an Alberta Clipper, will move through Minnesota on Saturday producing a mixed bag of precipitation over parts of the Midwest — mainly in the form of rain and sleet.

Conditions then deteriorate from west to east through late Sunday as the clipper makes a beeline into New England.

The consensus will be an additional 1 to 3 inches from Minnesota to Maine. Snow flurries may even be seen in New York City and Philadelphia on Sunday.

The Great Lakes are 100% ice free though. Decent lake effect snow bands could setup with the right fetch of wind and cold air as a result.

Therefore some areas could possibly see up to an additional 8 inches of snow, such as those downwind of Lake Erie, due to these lake effect snow bands setting up.

The windy conditions accompanying the clipper will once again cause poor visibility on the roads, as well as a few air delays. Airport delays for the most part on Saturday and Sunday, however, look to be minor in the Northeast.

Another area that could see travel delays this weekend will be across the Pacific Northwest.

A level 4 out of 5 “extreme” atmospheric river event is forecast to produce several inches of rain across the Pacific Northwest beginning on Saturday and lasting through Sunday.

A level 4 atmospheric river is categorized as “mostly hazardous, but also beneficial” according to the Center for Western Weather and Water Extremes (CW3E). This means that flooding and landslide hazards could pose a threat across the region, however the amount of heavy rain could also be beneficial for drought conditions or for filling reservoirs.

The heaviest rain is forecast to fall across the coastal regions, including Seattle, on Saturday afternoon and evening before shifting into the Olympics and northern Cascades on Sunday.

This weekend’s atmospheric river event is the second in a series of three storms, the first brought rain to the Pacific Northwest on Thanksgiving Day and the third is forecast to impact the region by Tuesday.

This heavy rain will not just be confined to Washington state; it will extend north into British Columbia in Canada this weekend as well. Both areas have seen an onslaught of heavy rain over the last couple of weeks which led to record-breaking rainfall and flooding.

“Due to high forecasted freezing levels and moist soil conditions caused by the multiple [atmospheric rivers] during 10 to 16 November, a large portion of the precipitation could lead to runoff, exacerbating [flood] impacts,” the CW3E warns.

Flood watches are in effect for over 3 million people across portions of Washington state, including Seattle, as 3 to 6 inches of rain is forecast.

Not much snow is in the forecast for Washington state as temperatures are running 10 to 20 degrees above normal for late November with highs in the 50s. While these more mild temperatures may be a nice change from winter’s chill, they can lead to other hazardous in the higher elevations.

“Mild temperatures and wind will lead to some melting of the early season snowpack,” the National Weather Service (NWS) in Spokane, Washington, said on Saturday morning.

This melting snowpack in conjunction with heavy rain could increase runoff, elevating the flood threat ever further.

“There will also be an increased risk of rock slides and debris flows in steep terrain and the potential to impact roads and backcountry trails, including near burn scars,” NWS Spokane also said.

Those planning to take a drive through the mountain passes this weekend will need to plan accordingly for these hazards or wait until the weather improves on Monday afternoon. 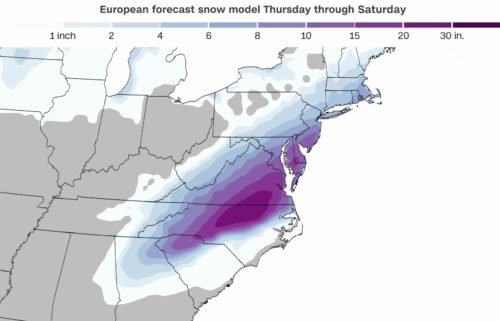 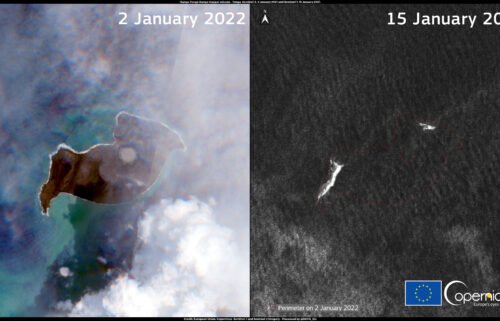 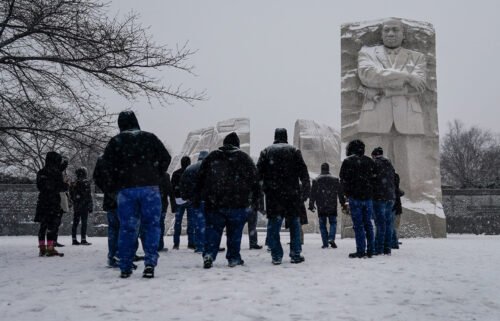