Santa Barbara’s famed Reagan Ranch, known as the Western White House during the Reagan administration, narrowly escaped the flames of the Alisal Fire, which has charred nearly 17,000 acres since igniting last Monday.

Firefighters appear to be gaining ground on the blaze, as containment of the fire jumped to 41% overnight with over 1,700 firefighters tackling the wildfire. US Highway 101 and the Union Pacific Railroad, which were forced to close because of the fire, have been reopened.

Despite the significant progress, the threat remains near the Reagan Ranch.

“I wouldn’t say we’re completely out of the woods yet,” Andrew Coffin, director of the Reagan Ranch, told CNN. While the fire has not yet encroached on the estate, flames have come as close as a quarter mile of the property.

Firefighters have been drawing water for the aerial firefight from Freedom Lake, one of two lakes at the ranch, providing fire suppression support. The property also has a million gallons of water, cisterns, a fire hydrant and robust sprinkler system to protect the artifacts left behind by President Ronald Reagan.

The home remains just as Reagan left it, with furniture in place and clothes still in the closets, Coffin said. Additionally, the house is surrounded by a fence Reagan built himself and the property includes a rock in which he carved his and Nancy’s initials inside a heart.

Crews are working around the clock to protect the Reagan Ranch, and while there is an evacuation plan in place, they intend to defend in place, rather than to attempt to rush valuable artifacts out. There is currently about 75 feet of brush clearance around the home.

“It would take a pretty extreme event to breach that perimeter,” said Coffin.

A Santa Ana wind event is blowing through Southern California, though centered mainly in Los Angeles and Ventura counties. Coffin said the winds have been quite still in Santa Barbara so far.

Rancho del Cielo became known as the Western White House after the site, purchased in 1974 by the Reagans, became a landing spot for the President some 50 times during his tenure. It is now owned by the Young Americans Foundation.

Millions are under red-flag warnings

More than 8 million people in the Santa Barbara area under a red-flag warning, which is activated when there is an elevated weather threat for wildfires to spark, CNN meteorologist Robert Shackelford said Friday.

The warning, in effect through Saturday night, is triggered by the Santa Ana winds that carry warm and dry air, Shackelford explained. Wind gusts are expected to be in between 35 and 45 mph, with local gusts up to 55 mph.

“Combined with warm temperatures between 80 and 90 degrees and very dry relative humidifies between 6% and 12%, sparks can lead to quick fires. Also, these conditions are difficult for firefighters currently fighting the Alisal Fire,” Shackelford said.

California is experiencing a devastating wildfire season, exacerbated by the climate crisis, which is creating ideal weather conditions for fires to spark and quickly expand.

The Alisal Fire has grown to 16,901 acres since it was ignited Monday about 20 miles northwest of Santa Barbara in Refugio Canyon, and its containment is at 41%, according to InciWeb, the US clearinghouse for fire information.

“Smoke and ash from the Alisal Fire is affecting air quality, and winds in the forecast are expected to push more smoke onshore. This is a dynamic situation, and local air quality conditions can change quickly,” officials said in an update. 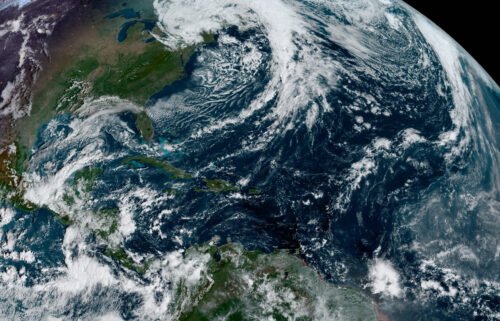 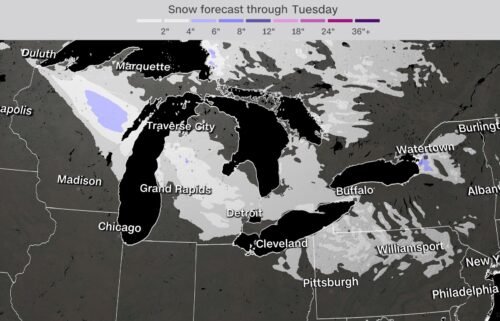 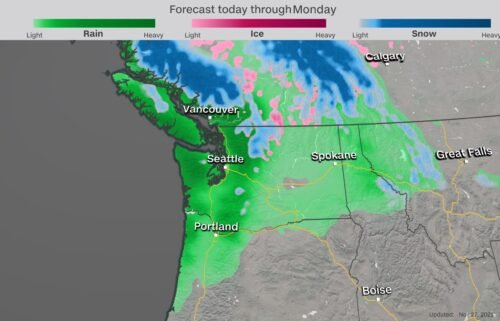