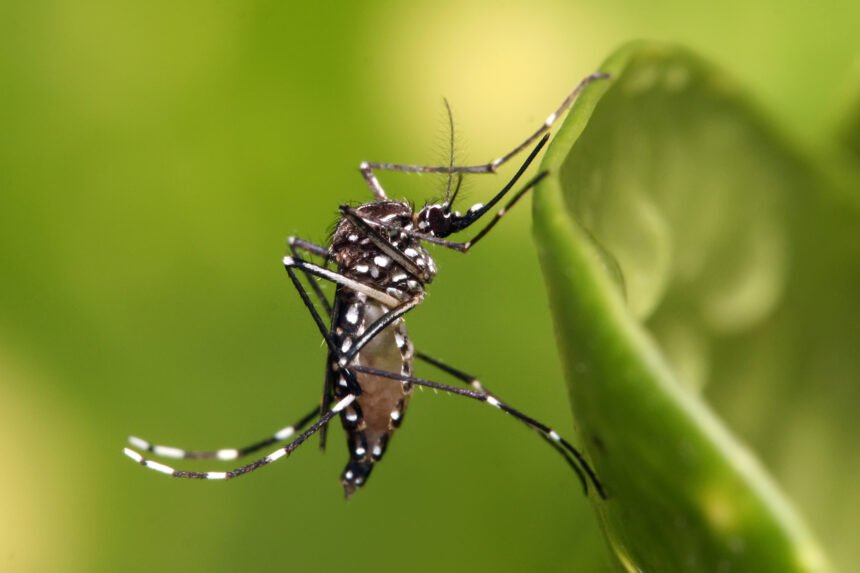 The Mosquito & Vector Management District of Santa Barbara County caught a sample of mosquitoes from a mosquito trap and tested them after the invasive Aedes aegypti mosquitoes were discovered earlier this month.

The sample of mosquitoes that were caught tested positive for the West Nile Virus.

“This is not the first time West Nile virus has been found in Santa Barbara County,” says District General Manager Brian Cabrera, “but it has been three years since it was last detected.”

Officials say humans can contract the West Nile Virus after getting bitten by an infected mosquito.

Officials warn that most people who contract the virus don't know they are infected and don't develop any symptoms.

About one in five people who are infected have symptoms such as fever, headache, muscle ache and nausea.

In about one percent of people who get the virus have serious complications including meningitis, coma and even death.

The County urges residents to take action to “Fight the Bite” which includes the “Three Ds”:

Officials also warn of neglected swimming pools and/or stagnant water. If anyone sees these kinds of environments that are breeding grounds for mosquitos, report it to the District at 805-969-5050.

They also say that wild birds are the main source of the virus for mosquitoes including crows, ravens, jays and magpies. These birds are susceptible to the virus and often die after being infected.

Horses are also susceptible to the virus but, fortunately, a vaccine is available.

For more information on the West Nile Virus, click here.