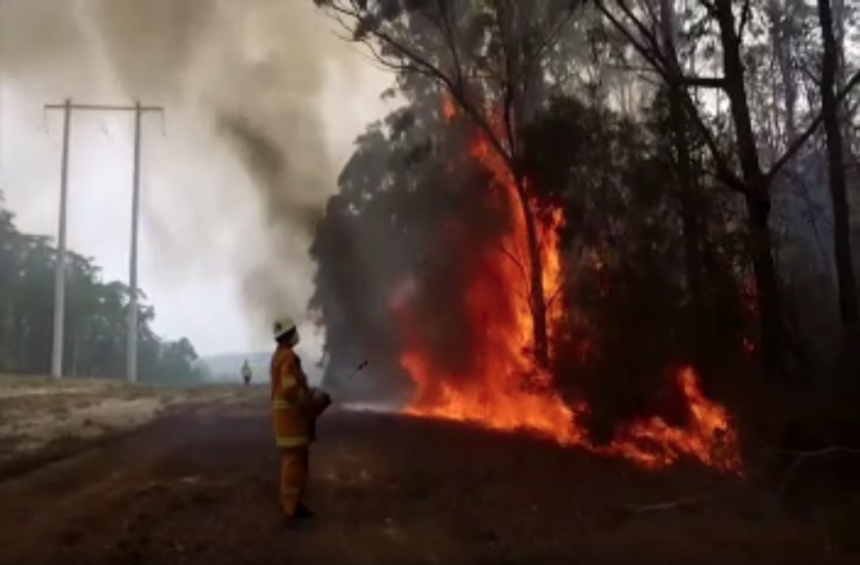 SAN LUIS OBISPO, Calif. - Despite the many brush fires across the country of Australia, Cal Poly University chose not to cancel a student trip this quarter.

"We aren't in any danger at all. There is a discussion about whether we are going to Kangaroo Island, but the itinerary has been greatly revised," said Cal Poly professor Lynn Hamilton who is a day ahead at The University of Adelaide. She says they were slated to visit Kangaroo Island a hundred miles away.

"To be honest, some of the students are a little concerned and have some anxiety about that, so we might ask them to change that trip entirely," Hamilton said.

Hamilton and another colleague are leading courses on Agriculture Business Wine Viticulture and Australian Maritime History for 33 students. The group arrived on January 5.

"Here in Adelaide we are very safe. It is hot, it's a little bit hazy, but other than that we are all good," said Hamilton.

She says her Cal Poly students know California wildfires and are not motivated to get any closer.

"We will be visiting a lot of the wine regions in the area. In two weeks we are going to McLaren Vale, the following week to Barossa Valley and the last week we're here to Adelaide Hills, so it'll be a really nice overview," said Hamilton.

The students are learning to compare and contrast the wines and geography in Australia to the industry on the Central Coast. They are seeing Australians debate climate as well.

"That has really come to the forefront in climate and these ferocious fires," said Hamilton. "We are not even halfway through fire season, so it is off to a pretty grim start for a lot of the country."

When the quarter is over students will have time to visit New Zealand and Fiji along with other locations before returning home.