Flash flooding and dust storms are threatening Arizona as it braces for a potentially significant flooding event this weekend amid an exceptional drought.

Forecast rainfall totals across the US have a bulls eye with the highest amounts directly over Arizona in the next five days. Monsoonal moisture is expected to bring more than 5 inches of rainfall to some regions of the state, prompting significant flash flooding concerns.

Across Arizona and parts of New Mexico, Colorado and Utah, flash flood watches have been issued for nearly 8 million people due to the significant rain forecast for the desert Southwest this weekend.

“What we’re expecting to see here is a widespread rain event across the majority of the state of Arizona,” said National Weather Service (NWS) Tucson meteorologist Rob Howlett. “Looking at just the southeast Arizona a lot of the valleys are going to see rainfall amounts most likely between 1 to 2 inches, maybe higher in other spots as well as this is a convective event.”

Hit and miss showers and thunderstorms could bring dangerous rain totals to some areas while leaving others dry.

When heavy rain falls in a brief period during the stronger thunderstorms, flash flooding can occur extremely quickly.

The NWS in Tucson is likening the weather pattern setup this weekend to that of the 2006 rain event that caused widespread flooding and damage to areas of Tucson — in part due to a large burn scar in the area.

“The overall weather pattern was very similar to what models are predicting for this weekend. It’s not an exact match and no two weather scenarios are going to be the same. Back then there was a tropical system that pushed a lot of moisture up to our area,” Howlett said. “But we’ve had a lot of rainfall so far throughout July and the soils are fairly saturated, and to have another big rainfall event would certainly increase our concern for flooding across the area.”

July has already brought plenty of monsoonal moisture to the region. Tucson has recorded 1.76 inches of rain since the beginning of the month, 0.4 inches above the average. Soils during the 2006 rain event were in similar condition.

“Rainfall in mid-July created saturated soil conditions in the upper watersheds especially the Rillito-Tanque Verde-Pantano watershed. In late July, moisture from Tropical Storm Emilia created a period of intense rainfall in eastern Pima County starting on July 27 and ending on July 31, 2006,” according to the Pima County event summary.

“During this five-day period, rainfall totals ranged between 5 to 11 inches in the Catalina and Rincon Mountains and from 1 to 6 inches in the valley with many locations receiving over 50% of their average annual rainfall.”

The inundating rain fell on areas with saturated soil from the rainfall earlier in the month, as well as earth seared by wildfire.

Numerous fires have ravaged the state in 2021, with two of the largest fires in Arizona history scorching thousands of acres outside of Phoenix. The record 2020 wildfire season also left its mark with a 119,978-acre scar on the Tucson foothills.

“The Bighorn Fire near Tucson — we are going to be watching that very closely for any heavy rainfall there as we have concerns downstream from that. There is the potential for some flash flooding along those washes and rivers,” Howlett said.

Heavy rainfall runs off burn scars easily because the soil, once burned, becomes hydrophobic — unable to absorb water — and the vegetation that typically holds soil in place is destroyed.

“In 2006 there was a similar burn scar in the Catalina Mountains and in Sabino Canyon there was a lot of damage from heavy rain. In Tucson the official rainfall reporting there was 3.83 inches over a five day period,” Howlett said.

The mountainous areas received more than 5 inches of rain during the event, and many washes and rivers were inundated with rushing water. Similar rain totals are being forecast for this week.

Flash flooding can occur downhill of higher elevations that see more rainfall, even with sunshine and clear skies overhead. The washout containing fire debris and forceful currents is able to quickly make its way down to low elevations and wreak havoc.

Monsoon thunderstorms not only bring the threat of heavy rainfall, but massive clouds of blowing dust that impair visibility.

As thunderstorms press forward, air cooled by the storm sinks and pushes outward from beneath them creating strong wind gusts called outflow boundaries. In the drought-riddled desert regions where dust is plentiful, outflows can become a shroud of brown air after picking up dirt in the form of a dust storm or haboob.

“Residents and drivers will need to look out for significant dust storms in areas that don’t see rainfall as winds coming from nearby storms may approach 60 mph,” Myers warned.

Exceptional drought conditions persist across the state of Arizona, and already parched soils that receive the dry end of the hit and miss showers could be susceptible to dust storms stirred up by the passing thunderstorms.

Rainfall over the past month helped alleviate the extent of the drought in the state according to the latest drought monitor. The rain shrunk the area of extreme to exceptional drought categories, the two highest.

The weekend’s coming rain event has the potential to further lessen the drought in the Four Corners region. Rain is concentrated in the worst drought regions in Arizona along the border of New Mexico up the eastern side to the Utah border.

But the sporadic, intense nature of monsoon thunderstorms frequently leads to runoff instead of moisture soaking into the soils efficiently and reliving the drought-stricken earth.

“Usually, to make a really good dent in drought conditions you want to have that steadier rain that can infiltrate the soils more deeply, but this time of year that’s just not the kind of scenarios that we see,” said Howlett. “We get thunderstorms and a lot of that is runoff, but every drop counts. It’s going to make a difference, and we really count of rain this time of year to help us out with our drought conditions because for the entire year, half of our rainfall occurs during the monsoon season.”

The rain does not just help the drought by bringing moisture to the soils, but also cools the daily temperatures that have seen record highs earlier in the summer.

“The one silver lining to all of the clouds and rain is temperatures will be well below normal through at least Monday, which will reduce the heat risk,” NWS Phoenix said. “High temperatures in Phoenix will likely remain below the 100 degree mark for 4 consecutive days, Friday through Monday. The last time this happened during July or August was in August of 2014, when 6 consecutive days below 100 degrees were recorded.” 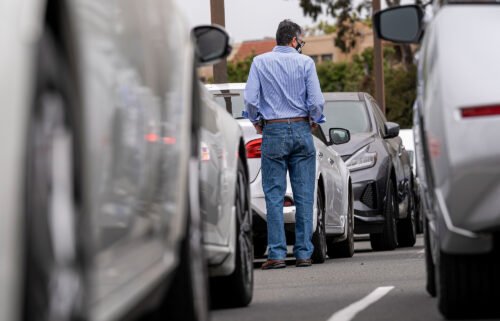 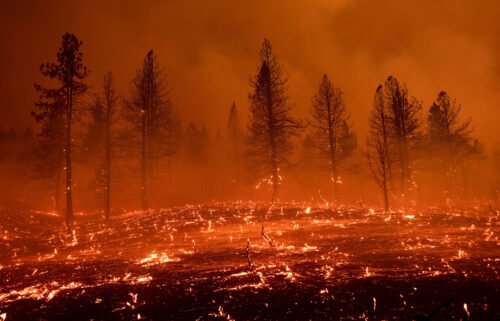