On the third day of jury selection in the trial of three White men in Georgia accused of murdering his Black son Ahmaud Arbery, Marcus Arbery Sr. said he’s “concentrating on justice for my boy.”

Ahmaud Arbery, 25, was shot and killed while out jogging on February 23, 2020, near Brunswick. It wasn’t until a cell phone video of the incident surfaced more than two months later that arrests in the case were made.

Hundreds of potential jurors are being considered in the trial of Gregory McMichael, his son Travis McMichael and their neighbor William “Roddie” Bryan Jr., who are facing multiple charges including malice and felony murder. They have pleaded not guilty.

Following the legal process has been “rough” for the family, Arbery Sr. said.

“It’s still emotional for my family because it’s a raw trauma,” he said. “You know, to watch my son get lynched like that by three White men, ran him down and lynched him like that. It’s really raw.”

Race will certainly play a role in the trial, said Benjamin Crump, Arbery Sr.’s attorney, because of the cell phone video footage recorded by Bryan.

“This video is so compelling … that regardless of how they want to try to reference it, you know that race was a motivating factor,” Crump believes.

The 36-second video shows Arbery running down the middle of a street toward a stopped pickup. Gregory McMichael is in the bed of the truck, and his son is standing near the driver’s side door with a shotgun.

The video shows a physical confrontation between Arbery and Travis McMichael as Arbery approaches the truck. A shot goes off, and the two disappear off the left side of the video’s frame. A second shot is heard as the men are off-camera. When they come back into view, both are grappling with the shotgun.

Arbery appears to throw a punch at Travis McMichael as a third gunshot is heard, and blood appears on Arbery’s T-shirt before he stumbles and falls in the middle of the two-lane road.

The McMichaels have said they were conducting a citizen’s arrest on Arbery, who they said they suspected of being responsible for a string of burglaries in the neighborhood, and that Travis McMichael shot him in self-defense. Bryan allegedly hit Arbery with his truck after he joined the McMichaels in their chase.

Crump said they are fully expecting the defense to attack Ahmaud Arbery’s character, but he believes the “video is clear.”

The issues of race and vigilantism in the case have stirred memories of the trial of George Zimmerman, the neighborhood watch captain who was acquitted in 2013 of killing 17-year-old Trayvon Martin in Florida.

Arbery Sr. said he felt not much had changed in terms of racial reconciliation since Martin’s killing. “It’s the same thing still going on,” he said. “The cycle keep repeating because they don’t want to bring no change. That’s why we got to keep fighting hard to try and bring this change,” Arbery Sr. said.

During the first three days of jury selection, a number of potential jurors expressed concerns about possible repercussions if they were chosen to serve.

On the first day of jury selection, a White woman in her mid-60s responded to a defense question, saying, “None of this makes me feel good.”

Another potential juror, a White man in his late 30s who says he is a mechanic, told attorneys he didn’t want to be there, and he doesn’t want to have other people’s “lives in my hands.” He went on to say he fears having to decide someone’s fate could have repercussions.

On Wednesday, a group of 19 potential jurors were asked by the judge if they had already formed or expressed an opinion about the case, to which 11 people raised their hands. When the same group was asked if any of them wanted to serve on the jury, no hands were raised.

The judge has said 12 jurors are needed for trial along with four alternates.

The McMichaels and Bryan have also been indicted on federal hate crime and attempted kidnapping charges. They have pleaded not guilty to those charges.

Arbery Sr. said his hope is that the three men end up behind bars for life so that “Black people can heal. Black people are not going to heal when this stuff keeps going on,” he said.

CNN’s Martin Savidge and Angela Barajas contributed to this report. 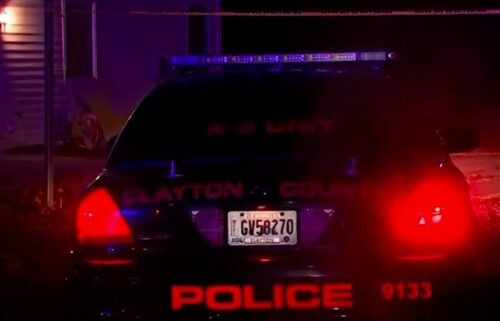 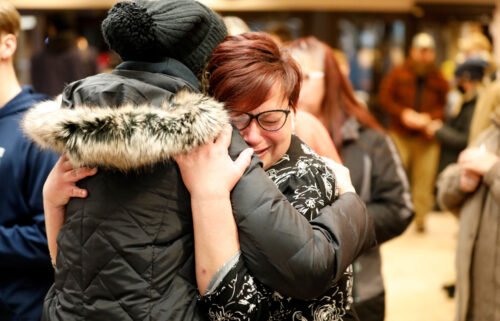