Pat Gelsinger has a massive task ahead of him when he takes over as Intel CEO next month.

The semiconductor company, whose products have served as the brains of countless computers and other important technologies, has in recent years lost its position as the industry’s undisputed leader. Among the biggest challenges Intel faces: unprecedented competition from former steadfast partners, major delays in its next-generation chips, the departure of top talent and an activist shareholder banging at the door.

“I’ve always sort of wanted my career to be where the center of action is at — where is the disruption and maximum innovation going on?” Gelsinger told Samsung President and Chief Strategy Officer Young Sohn in an October interview, prior to the Intel announcement.

Investors are counting on Gelsinger — Intel’s former chief technology officer and current CEO of software giant VMWare — to bring that kind of vision back to Intel. The company’s stock jumped 11% after Intel announced his hiring last week.

But lately, Intel’s competitors have bested it on Wall Street — over the past two years, Intel’s shares have grown nearly 26%, versus the almost 169% growth in the PHLX semiconductor index. In that time, AMD and Nvidia shares are up around 398% and 300%, respectively.

“These are structural issues that will take many many years to fix,” said Hans Mosesmann, managing director at Rosenblatt Securities. “He has a monumental challenge.”

The share price, among other concerns, sparked activist investor Dan Loeb of Third Point to press for change at the company earlier this month.

Outgoing CEO Bob Swan is handing over a company still in relatively good financial shape. When Intel reports earnings Thursday, Wall Street analysts expect it will post $75.4 billion in annual revenue for 2020, up almost 5% from the prior year.

But analysts say that may not last as Intel works to engineer a turnaround.

Investors and customers expect Gelsinger to articulate a plan to address Intel’s manufacturing issues. He’ll also have to chart a path for new areas of growth, as analysts say it’s unlikely Intel will ever regain the market dominance it once enjoyed in its core PC business. That kind of pivot may not be easy for a 52-year-old, $72 billion company in the semiconductor industry, where developing a robust tech roadmap can take years.

“I think if they cannot get back on track, the competition now is much stronger than it ever has been, ever,” said Alan Priestley, vice president analyst at Gartner. “So the competition will continue to gain share at Intel’s expense.”

Intel is known for manufacturing its own chips — a distinction that was seen as a competitive advantage until the company fell off its typical two-year upgrade schedule and began trailing its rivals in producing the most advanced microprocessors.

Intel in recent years struggled to move from a 14-nanometer to a 10-nanometer chip. And in July, Intel announced its 7-nanometer chips — originally expected to arrive at the end of 2021 — would also be delayed by about six months. The company last week said it has made “strong progress” on 7-nanometer technology and will provide an update during Thursday’s earnings report.

TSMC produces chips for Intel rivals, and that’s helped AMD steal share in the crucial PC and data center markets. TSMC earlier this year announced plans to build a $12 billion manufacturing facility in Arizona by 2024 to ramp up production of 5-nanometer chips. It is also in the process of developing 3-nanometer processors, executives said during its earnings call last week.

Gelsinger will have to decide whether to outsource some advanced chip production to a competitor, likely TSMC, something Swan suggested the company might do. Analysts say it would be surprising if Intel completely spun off its foundries, as AMD did about a decade ago, but outsourcing some production could help it fill gaps in its product line as it fixes the manufacturing issues.

“They need to figure out whether they can get their technology back on track, or just give up and do what everybody else does and buy from TSMC or other foundries,” said Wayne Lam, senior director of research at CCS Insight. “How much can you fall behind before you say, ‘Okay, well, it’s not worth trying to catch up?'”

Investors were hoping for an update on Intel’s plans related to potential outsourcing during the Thursday earnings, but the company may now wait to announce a strategy until Gelsinger can make the call. Whatever he decides, there is unlikely to be a quick resolution.

“Any manufacturing fixes (such as outsourcing partially to TSMC) are unlikely to produce results until late” 2022 or 2023, or to help improve margins over the next two years, Bank of America analysts wrote in a research note Tuesday.

At the same time, Intel must contend with a changing competitive landscape.

In addition to the threat AMD poses to its PC business, Intel is also losing business from Apple. The iPhone maker in November released three new Macs using its own custom-designed microprocessor fabricated by TSMC. Apple says the new M1 chip will bring performance improvements compared to the Intel chips it previously used, including faster speeds and better battery life.

“Apple has done some interesting things in terms of the core design and memory architecture to drive up its performance … [made possible] by doing it itself,” Gartner’s Priestley said. “The challenge with using standard components from a vendor like Intel is you take what Intel provides, or if you want something specific, you have to wait and intercept it on its development cycles.”

Intel told CNN Business earlier this month that Apple’s decision frees it up to “figure out how we go out and compete against those [Apple] products.” Intel said it would focus on delivering the best experiences on Windows, Chrome and Linux, while it competes against Mac products.

At a staff meeting last week, Gelsinger told Intel employees that the company has to “deliver better products” for PCs than anything “that a lifestyle company in Cupertino” makes, a likely reference to Apple, according to a report from The Oregonian.

Beyond losing a customer, the technology underlying Apple’s new chips could have broader implications for Intel. While Intel’s (and AMD’s) microprocessors are based on an x86 architecture, Apple designed its new M1 chips based on a technology licensed from ARM, which Apple has been using in mobile devices for years.

While there are already some ARM-based laptops on the market, Apple’s new Macs could be a problem for Intel if they end up becoming a successful proof point for ARM-based chips in PCs.

The move will likely encourage some other PC makers to explore building more ARM-based products to “deliver similar capabilities in the Windows ecosystem to that which Apple is delivering in the Mac OS ecosystem,” Priestley said. However, he added that it could take time for software developers to catch up to the switch to ARM, which could be a backstop for Intel, especially in the enterprise business.

“You must be able to offer new independent solutions to retain those customers rather than have them send their manufacturing away,” Third Point’s Loeb said of Apple, as well as other tech giants like Google and Amazon, in his letter to Intel earlier this month.

There is also the challenge that microprocessors (CPUs), historically Intel’s strong suit, are increasingly sharing the stage with other components — such as graphics processing units designed for AI applications in data centers, which Nvidia has invested heavily in — in terms of their importance to computing ecosystems.

“You have to fix the CPU roadmap within a world that’s making the CPU less relevant,” Rosenblatt’s Mosesmann said. “Everybody else is investing in other areas. You have to innovate in these other areas as well.”

He added: “Intel is a different company going forward, and we’ll have to find out where their key competency is.”

Some experts are hopeful that Gelsinger’s experience running companies reliant on Intel technology will provide important insight as to what customers want and need. 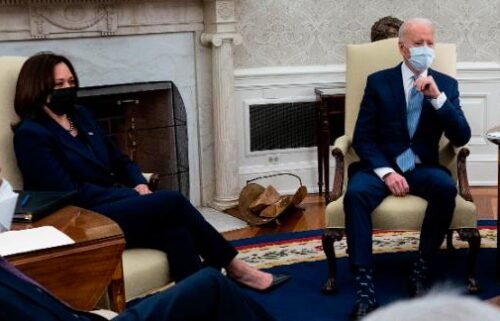 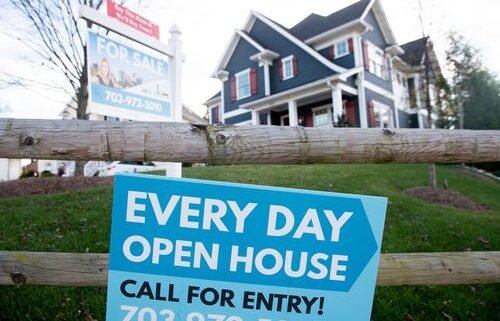 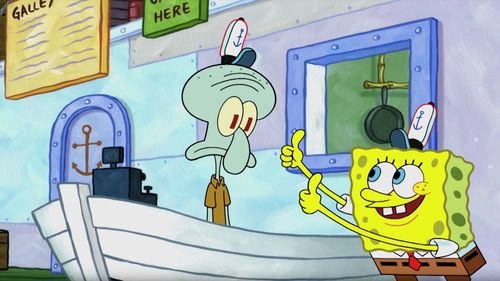