Japan’s Princess Mako and her commoner fiance Kei Komuro announced Friday they will be married on October 26, public broadcaster NHK reported — a controversial union that requires her to give up her royal status.

The 29-year-old granddaughter of former Emperor Akihito and Komuro first announced their engagement in 2017. But a date for the marriage was postponed following a financial dispute between Komuro’s mother and her former fiance.

Princess Mako and Komuro met while attending the International Christian University in Tokyo in 2012.

Before his introduction as the royal fiance, Komuro was better known as the “Prince of the Sea,” after appearing in a beach tourism campaign for the city of Fujisawa, south of the capital.

The couple is expected to move to New York after the wedding, where Komuro works as a lawyer. The Princess will reportedly forgo a lump-sum payment of more than $1 million, which she was expected to receive to start her new life outside of royalty.

Japan’s imperial law means only male heirs are allowed to inherit the throne.

If the other unmarried princesses of the family married commoners, they would also lose their royal status. That could leave the imperial family without enough members to carry out its public duties. 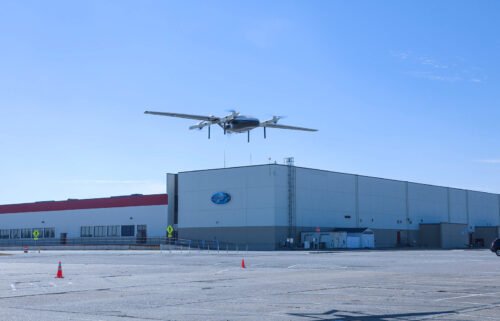