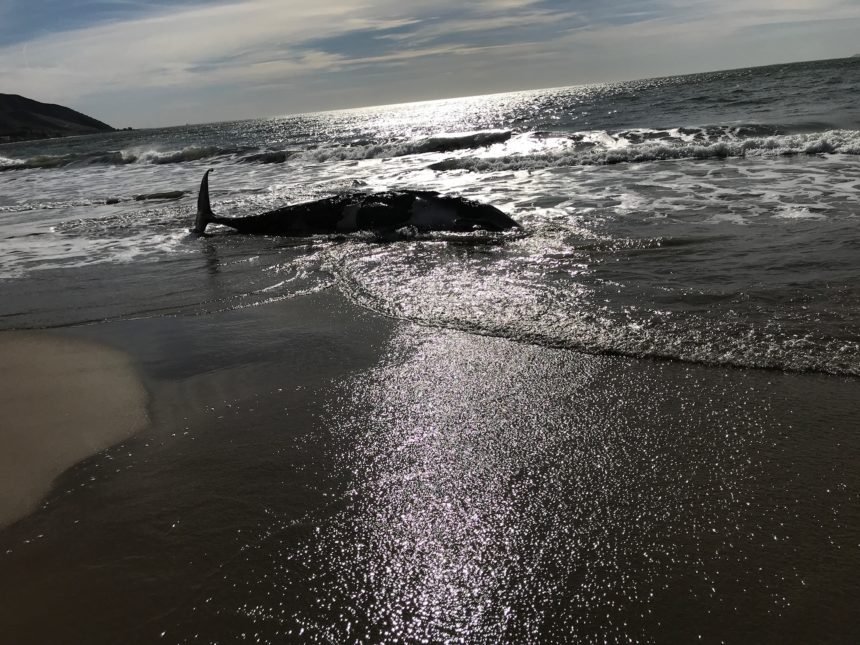 The Department of Fish and Wildlife said they were called out to the same beach on Saturday to check out the same whale.

The department thought it would wash out to sea but they received several calls again today.

The whale appeared to be a juvenile and it's unclear how it died.

If anyone sees a live animal washed ashore the place to call is the Channel Islands Institute for Marine Mammals.