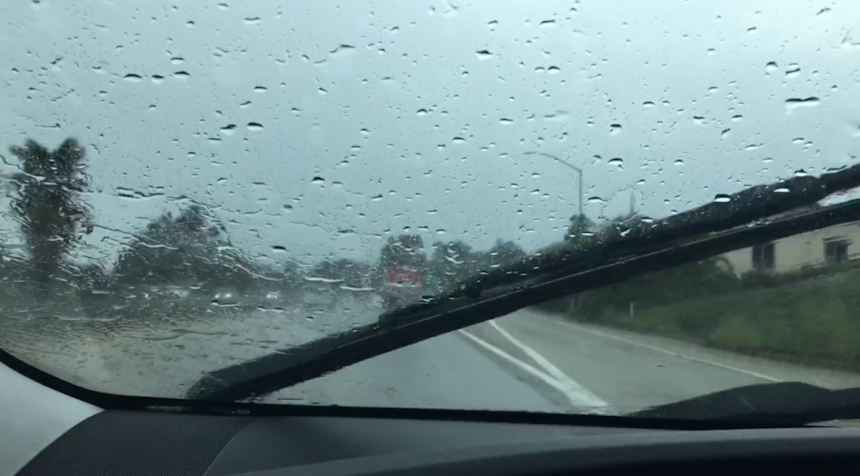 SAN LUIS OBISPO, Calif. -- It's that time of the year again –AAA says this Thanksgiving traffic will be the busiest since 2005. And because of rain in our region, officials are advising drivers to be extra cautious.

“There are thousands of other motorists on the roadway, going to destinations looking for that big Thanksgiving dinner," said Caltrans District 5 spokesman, Jim shivers

Also on the menu? Rain.

“Since our roadways are gonna be wet, it's obviously gonna be more slippery," said Highway Patrol officer Gerardo Trejo. "So you have to allow for more distance [between cars] so that you can stop.”

Officials say traffic and the wet weather can be a recipe for more accidents.

“There was one incident on Highway 41 earlier today, an overturned vehicle," said Shivers.

“Typically we handle a lot of traffic collisions through this area on the day before Thanksgiving," said Trejo.

So they're asking drivers to be extra careful.

“Stay off your phone," said Trejo. “Before you even get on the road, I would suggest do a walk through of your vehicle. Check your tires, check your windshield wipers, make sure they don't need to be replaced.”

“Make sure that you're going at the speed that is posted, moving along with the speed of other vehicles, not making unsafe lane changes, and refraining from tailgating," said Shivers.

Showers can also put people at risk of hydroplaning. If that happens, “let off the gas, do not slam on your brakes," said Trejo. "Slamming your brakes can possibly send you out of control and off the roadway.”

“Our maintenance crews, our engineering staff, are still on call 24/7 throughout the weekend in case there is an emergency that we need to respond to," said Shivers.

The Highway Patrol will also have a heavy presence this long weekend for its maximum enforcement period. Officers will be looking out for traffic violations, and impaired drivers.