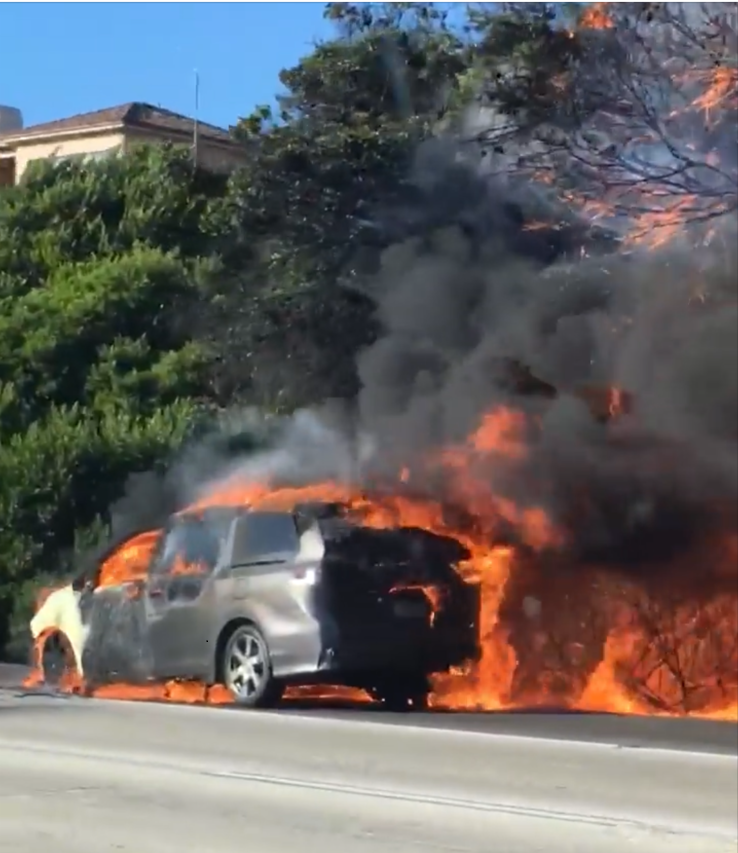 Ventura Police assisted Ventura City Fire, Ventura County Fire and the CHP with several fires on the 101 Freeway, between the E. Main St exit and the Sanjon Rd exit.

Officials received a call of a small bush on fire on the right shoulder of NB HWY 101 near the E. Main St on ramp.

After further investigation, it was found that a malfunction in a vans fuel tank was causing fuel to spill along the freeway shoulder and causing the vegetation fires and the vehicle fire.

Traffic along the 101 freeway was impacted for about one hour due to the fires.

CHP provided traffic control along the N/B HWY 101 until fire resources were able to extinguish the fires.

As of 6 p.m. the highway 101 has been reopened in both directions.

No firefighters were injured as a result of this incident.

The cause of the fire is suspected to be a faulty fuel system on the vehicle involved.