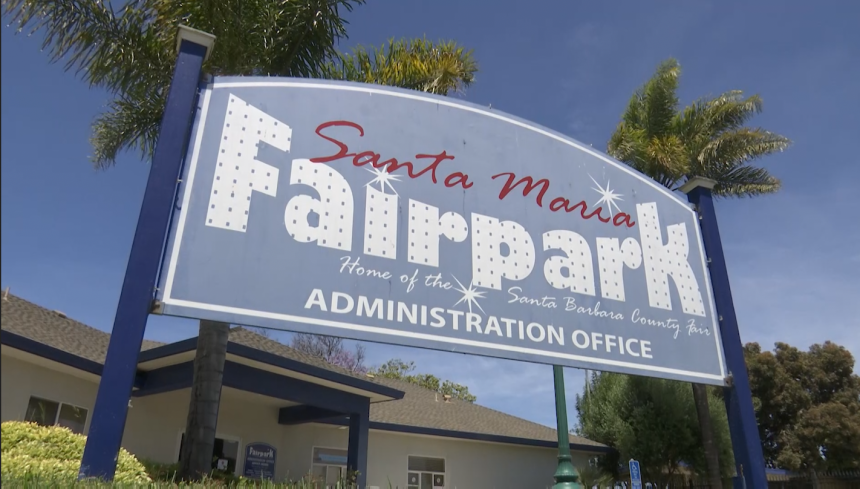 However, with current COVID-19 restrictions still in place, the fair will look much different than in past years.

Interim Fairpark CEO Autumn Acquistapace said the fair will not include a majority of the attractions it typically features each year, including live performances and entertainment, midway food and merchandise booths and exhibition halls.

"What we are looking right now is various options depending on what the local health department is going to allow us to do," said Autumn Acquistapace, Santa Maria Fairpark Interim CEO.

Current plans are for a two-week long carnival, followed by a virtual agricultural show and auction.

"We are trying to research a walk-in carnival aspect of the fair, as well as the middle of the month, our typical fair dates is going to be our virtual online auction and show, so it won't be a traditional fair," said Acquistapace. "It will be spread out over a period of a few weeks, but we're trying to bring those elements to the fairgrounds that everybody would typically see at the fair."

The alternative fair will follow the lead established by Strawberry Cruzin', which was created as a modified version of the annual Strawberry Festival.

Acquistapace said Strawberry Cruzin' was an overall success. She added more than 2,000 cars rolled through the drive-thru event over the five days it was held.

"Absolutely a success," said Acquistapace. "We had a great time. We had amazing reviews and compliments from the community that came through. We were really excited to see the response that we got. Over 2,000 cars over the five-day period."

She also said more than $11,000 in donations were collected by event volunteers with the Fairpark Foundation.

"Our Foundation accepted donations at the gate," said Acquistapace. "They were excited every day. Their donation amount went up daily. They ended up getting about just over $11,000 in donations, so they are absolutely ecstatic they'll be able to fund donate agriculture scholarships they're going to give away this year."

Between sponsorships and a percentage earned from food vendors, Acquistapace is hoping the Fairpark earned an additional $20,000.

"We're estimating right about over $20,000 in revenue for the Fairpark separate from what the Foundation earned," said Acquistapace. Definitely hit our goal on that and seeing what the numbers will tally up by the end of the day. Having those funds is absolutely essential for us to have that seed money upon reopening next year. We are absolutely hopeful that next year looks exactly like it did in 2019 when we left it and so we're really trying to save our money as much as possible."

All of the money raised from Strawberry Cruzin' will benefit the Foundation, 2021 Youth Scholarships, and the 2021 Junior Livestock Virtual Show and Auction.

As for the fair, Acquistapace said tentative plans have the carnival scheduled for the first two weekends in July, with the agricultural portion likely to be held July 14-16.

"We are always trying to make a Plan A and a Plan B to be able to deliver some sort of aspect of what we can deliver to the community and actually have it happen," said Acquistapace. "Everything is really ultimately up to them. The State said as long as you can get the local health department's okay to go ahead with an event, then they are willing to support that."