The Australian government and a United Nations body faced off this week over whether the Great Barrier Reef is “in danger” of losing its “outstanding universal value” and its place on the World Heritage List.

On Friday, the World Heritage Committee decided to not place the reef on a list of World Heritage Sites “in danger,” but is instead asking for a report on efforts to conserve the reef.

An “in danger” designation means a site is under threat, and if action isn’t taken to address concerns, it could lose its World Heritage status.

The committee, which is organized by the United Nations Educational, Scientific and Cultural Organization (UNESCO) and includes 21 countries, requested on Friday that Australia send a report on the state of conservation of the reef by February 2022. The report should also outline the protective measures implemented to preserve the “outstanding universal value” of the reef.

Australia scrambled to keep its status through a flurry of last-minute lobbying, including taking ambassadors on a snorkeling trip to the reef.

Pressure to impose the rating came from scientists and celebrities, with a letter published this week signed by 13 public figures — actors, former politicians and journalists — pushing the committee to “endorse UNESCO’s recommendation.”

“There is still time to save the Great Barrier Reef, but Australia and the world must act now,” reads the letter, signed by “Aquaman” actor Jason Momoa and ocean explorer Philippe Cousteau, among others.

Battle for the reef

The Great Barrier Reef spans nearly 133,000 square miles (345,000 square kilometers) off Australia’s northeastern coast and is home to more than 1,600 species of fish and 600 species of soft and hard corals. A vital marine ecosystem, it also contributes $6.4 billion annually to Australia’s economy and supports 64,000 jobs, according to the Great Barrier Reef Foundation.

But a series of natural disasters and the growing effects of climate change have severely impacted the reef, including widespread coral bleaching. An Australian government five-year survey in 2019 found the condition of the natural wonder had deteriorated from “poor” to “very poor.”

In a report published on June 21, a UNESCO monitoring mission said that despite the Australian government’s work to improve the reef’s situation, “there is no possible doubt that the property is facing ascertained danger.”

But the Australian government has strongly objected to UNESCO’s conclusion. Environment Minister Sussan Ley flew to Europe in July as part of a last-ditch attempt to convince the other 20 members of the World Heritage to vote against the measure. Australia is currently part of the 21-country rotating committee.

Last week, Australia’s official reef ambassador Warren Entsch took a number of ambassadors, including a number from countries voting on the World Heritage Committee, to the Great Barrier Reef for a snorkeling trip.

In an amendment proposed on Tuesday, 12 countries on the committee, including Russia, Saudi Arabia and Spain, appeared to back a suggestion to not impose an “in danger” rating on the Barrier Reef, but no final decision has been made.

In a statement, a spokesman for Ley said while in France she had met delegates from a number of countries.

“Australia’s position remains that the Great Barrier Reef is the best managed reef in the world, supported by more than $3 billion of Commonwealth and State Government funding. Australia is concerned that the draft listing process did not include appropriate levels of consultation or a reactive mission,” the spokesman said.

But Dr. Fanny Douvere, head of the World Heritage Center’s Marine Programme, defended the “in danger” rating as “unbiased” and “scientifically-based.”

She said no matter how the World Heritage Council voted, UNESCO’s draft decision that the reef was “in danger” would still represent their considered opinion.

“It would simply not have been credible not to alert the international community about the situation.”

An alert to the world

UNESCO’s World Heritage List contains hundreds of sites deemed to be of great value to future generations, from natural wonders such as Yellowstone National Park in the US to cultural wonders like the Great Wall of China.

Every year the World Heritage Committee meets to decide whether to add new properties to the list and to evaluate whether any of the current ones are at risk.

For example, during the meeting this month, the World Heritage Committee will also decide whether or not to place Venice on the “in danger” list, due to a range of threats to the historic city including large cruise ships.

According to the UNESCO website, out of the 1,121 properties on the World Heritage List, only 53 are currently rated as “in danger” — these include the Everglades National Park in Florida, also facing climate change-related problems, and the site of Palmyra in Syria.

Douvere from the Marine Programme said an “in danger” listing sends a signal to the international community that the sovereign nation responsible for that property is struggling to maintain it and needs assistance. UNESCO will then work with the country to determine what needs to happen to ensure the Heritage Listed-site is rescued.

“It’s a serious decision, it’s not something we take overnight … It is really an alert to the international community that a place that is on the World Heritage List, something we want to preserve for future generations … is losing its outstanding universal value,” she said.

This isn’t the first time the Great Barrier Reef has been at risk of being added to the “in danger” list, but the Australian government still said it was “stunned” at the site’s inclusion in UNESCO’s June report.

“This draft recommendation has been made without examining the reef first hand, and without the latest information,” Ley said in a statement at the time.

For now, the reef has been spared the “in danger” rating.

In the past, “in danger” ratings have been lifted after the relevant authorities addressed issues raised by UNESCO.

For example, the world’s second largest coral reef, the Belize Barrier Reef, was no longer considered “in danger” after the government imposed a moratorium on oil exploration in the area and strengthened forestry laws to protect local mangroves.

The Australian government has backed up its insistence the reef is not in danger with a new report by the Australian Institute of Marine Science, released on Monday, which showed an increase in hard coral in three regions of the Great Barrier Reef over the past year.

“The last couple of years have revealed that recovery is underway across much of the GBR, a promising sign illustrating that the GBR still has the capacity and necessary ecological functions to recover from disturbances,” said the report.

But prominent Australian scientists said the new coral growth is fragile and backed the move by UNESCO to put the Great Barrier Reef on the “in danger” list.

Scott Heron, an associate professor in physics at Queensland’s James Cook University, said it was “very clear” to him the reef was in serious trouble.

“The threats that the Great Barrier Reef is facing are serious, they have been ongoing and there has not been an achievement of the goals that were set,” he said. Heron said although some coral had returned after bleaching events in recent years, a lot of the regrowth was a fast growing variety which was particularly susceptible to heat stress and death.

“This one year’s worth of information is a variability that looked at alone would mask the longer term trend of decline,” he said.

In a statement to CNN, Minister Ley’s spokesman said the Australian government opposed the “in danger” rating, “not only because of our concern in relation to the Reef, but because we believe the process risks damaging the integrity of the World Heritage System.”

But Lesley Hughes, spokeswoman for the Climate Council and a distinguished professor of Biology at Macquarie University, said she believed the Australian government was also concerned about being embarrassed over its poor record on climate change.

In a report released by the UN in July, assessing progress in reaching the global sustainable development goals, Australia was ranked last for climate action.

“So while the government is pointing to the amount of money they spent on local adaptation (on the Barrier Reef), they are still not serious and have never been serious about dealing with climate change,” Hughes said.

“An ‘in danger’ listing of the reef will just draw more attention internationally to the government’s failure in that respect.”

CNN’s Pauline Lockwood and Helen Regan contributed to this article. 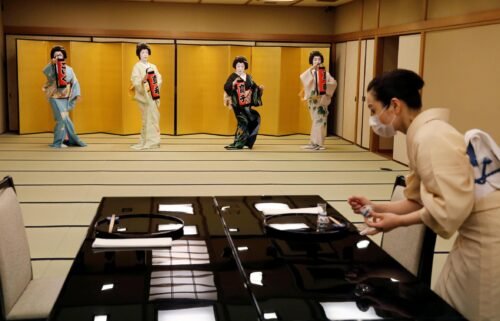 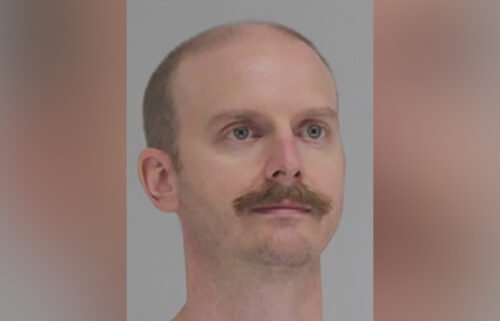