SANTA BARBARA, Calif. - The person chosen to portray Saint Barbara in this year's Old Spanish Days Fiesta was unveiled on the steps of the Old Mission Thursday evening.

Each year of Fiesta since 1926, Reina del Mar Parlor No. 126, Native Daughters of the Golden West, has chosen one of its members to represent Santa Barbara’s patron saint. The parlor was founded in April 1901, 120 years ago.

Now a resident of Carpinteria, Oreña represents at least six generations in Santa Barbara on her paternal side. She is descended from several local families who date from the Spanish colonial period of early California and the Royal Presidio, including the Cordero, Rangel, Cruz, Lugo, Peña, and Calderon families. She is related to the Oreña and De la Guerra lineage as well.

“This is a very special honor to represent St. Barbara for 2021. I am looking forward to representing Reina del Mar Parlor No. 126 and the community of Santa Barbara in this capacity,” said Oreña.

For Fiesta events Saint Barbara Patricia Oreña will be dressed in the saint’s traditional white gown and scarlet cape, and will wear a golden crown. She will carry the martyr’s palm frond and a golden chalice. For social events she will wear an ivory Spanish-style floor-length dress and a mantilla.

She will preside at multiple events throughout the year, and is a prominent participant in all of the Fiesta activities along with this year's Spirit and Junior Spirit. 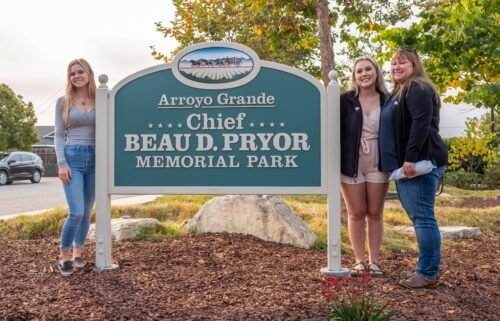