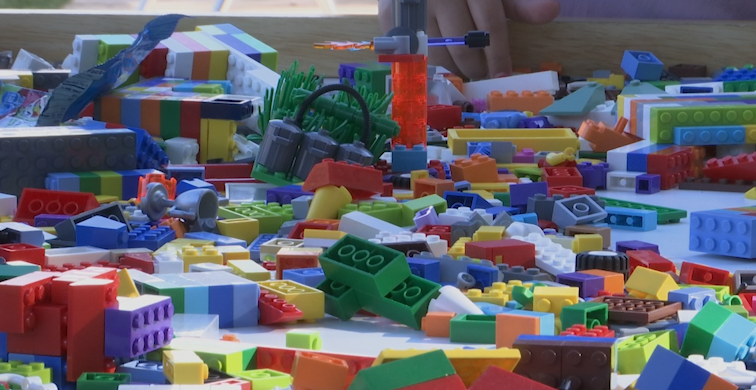 The LEGO competition challenged students from kindergarten to high school.

Competitors as young as 4-years old raced against the clock to build a variety of objects using nothing but LEGOS.

Some events were more difficult than others.

“I had fun because I got to make an owl and a car at the end,” Litten said.

Students also had to construct a race car to travel the greatest distance down a ramp in the time alotted as well as build the highest vertical structure on a base plate,

Organizers said this is a chance for students to delve into engineering and design using LEGOS.

“It 's important to recognize that if you're going to be successful, you can't be afraid to fail. It's a chance for kids to go in and try out a wide range of engineering challenges,” said STEM coordinator Zachary Moore.

Whatever their future has in store, some of them are already aiming high.

“I want to be a doctor,” said competitor Perla Sanchez.

“I want want to be a scientist,” said competitor Hunter Jackson.

The next STEM competition is Girls Robotics Rally on March 14.