TORONTO, Ontario (CTV Network) — From freeing persecution to starting a new life in the U.S., young Tani Adewumi’s immigrant journey was mired with adversity, mirroring the refugee experience of so many who land in North America.

But picking up chess just four years ago ended up becoming a transformational move that has helped change everything for his family. And now, at only 10 years old, Tani just became a U.S. national chess master.

The Nigerian refugee’s remarkable rise comes two years after he gained worldwide attention for winning the New York State chess championship while he and his family were living in a homeless shelter.

“When he came in first, my heart burst out of my chest,” Adewumi told CTVNews.ca in a phone interview on Monday. “I was extremely happy.”

New York Times columnist Nicholas Kristof, who’s written two pieces on the youngster and mentioned him in his 2020 book, “Tightrope: Americans Reaching for Hope,” enthusiastically tweeted the news on Sunday.

Although Adewumi calls Tani “just a normal kid” who loves watching basketball, he said, “By God’s grace, he wants to be the youngest grandmaster in the world.”

The 10-year-old still has a couple of years to make that happen, with that honour currently belonging to Ukrainian Sergey Karjakin, who was 12 years old when he became a grandmaster in 2003.

But Tani is well on his way.

For the past several years, the young teen has regularly competed across the United States and is even being coached by Georgian chess Grandmaster Giorgi Kacheishvili.

He took to the game shortly after his family arrived in the U.S. in 2017. Tani’s family had fled to America from northern Nigeria due to fears over Boko Haram, who were terrorizing Christians in the region, Adewumi told The Times back in 2019.

Tani joined his school’s chess program in Manhattan and quickly fell in love with the strategy and the deep thinking involved, his father told CTVNews.ca.

But despite the boy going on to win accolades and beating out dozens of other young chess players across New York, his family couldn’t afford stable housing and were temporarily living in a homeless shelter.

But after Kristof’s New York Times article, people inundated the family’s GoFundMe fundraiser with U$S254,000, which partially allowed them to move to better lodging before moving to Port Jefferson, New York, where they currently reside.

In a recent Facebook post, Kristof noted that Tani was a prime example of how “talent is universal, but opportunity is not.” He said Tani was extremely fortunate that the shelter was in a school district where there even was a chess program.

In 2019, with the excess funds from the GoFundme, the family have since set up a trust called the Tanitoluwa Adewumi Foundation, to help other children in similar circumstances. Last year, the biography “My Name Is Tani” based on their life was published and Tani’s story could even be on the silver screen one day after Paramount Pictures won the rights to his life.

Tani’s father and the rest of his family are thrilled to see how far they’ve come, and he hopes his son’s example inspires other refugee families across the world.

Kayode Adewumi, who is now a real estate salesman in Farmingville, N.Y, had three words for other newcomer families: “Keep hope alive.” 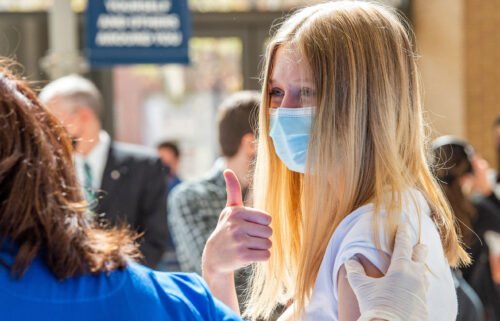