If you’re planning to travel to Italy, here’s what you’ll need to know and expect if you want to visit during the Covid-19 pandemic.

Italy is currently in a state of emergency due to the pandemic. Most of the country has now emerged from a two-month lockdown as it battled with a third wave, with restrictions due to loosen further as June progresses.

After being hard hit in the early stages of the first wave, the country was one of the first to reopen to visitors in June 2020, although entry is largely limited to European Union residents. American and Canadian citizens are now allowed to enter, but only if they are traveling on an official ‘Covid-tested’ flight.

On May 5, 2021, prime minister Mario Draghi announced plans to open the border to other visitors in time for the summer, but no confirmations have yet been made.

The pandemic has caused political upheaval, with Draghi, better known as an economist, replacing former prime minister Giuseppe Conte, who had won plaudits for his handling of the crisis, but resigned in January 2021.

On March 30, Italy introduced mandatory quarantine for any arrivals from a European country. On April 7, this was extended to arrivals from pretty much anywhere in the world (of those who are allowed entry). On May 17, the quarantine requirement was dropped for passengers from the EU, UK or Israel with a negative test, as well as travelers from the United States on a ‘Covid-tested’ flight.

What’s on offer in Italy

This is one of Europe’s big hitters, known for its historic cities of art such as Florence, one-off wonders like Venice and the seat of the Roman Catholic Church in Rome.

Following closures over the Christmas and New Year period, the borders reopened in January 2021.

Countries currently allowed in, some with quarantine, are divided into two lists:

Arrivals are permitted from most of Europe: Andorra, Austria, Belgium, Bulgaria, Cyprus, Croatia, Denmark, Estonia, Finland, France, Germany, Greece, Hungary, Iceland, Ireland, Latvia, Liechetenstein, Lithuania, Luxembourg, Malta, Monaco, the Netherlands, Norway, Poland, Portugal, Czech Republic, Romania, Slovakia, Slovenia, Spain, Sweden and Switzerland. Until now, arrivals from these countries have had to produce a negative Covid-19 test result taken within 48 hours of arrival, and must report to the local health authorities on arrival. The five-day quarantine for these countries was dropped May 17.

Arrivals from the United Kingdom are also now allowed, with no quarantine. They must provide a negative test taken within 48 hours of arrival.

Israeli arrivals are also now permitted, with no quarantine but a negative test, as per the United Kingdom.

Only Italian residents may travel to Italy from Brazil. They must present a negative test taken within 72 hours of arrival, test again within 48 hours, and quarantine for 14 days, before testing negative a third time to end quarantine.

Again, only those with Italian residence may enter from India, Bangladesh and Sri Lanka. Arrivals from this country must quarantine for 10 days in a hotel managed by health authorities — see below.

Non-European countries allowed entry are Australia, Canada, Japan, New Zealand, South Korea, Rwanda, Singapore, Thailand and the United States. Residents of those countries are allowed unrestricted entry, however, other than Canada and the US, they must self-isolate for 10 days on arrival at a place of their choice, and must not take public transport to their destination. After several months off, Japan has now been reinstated on this list.

Those coming from Canada and the United States may now skip quarantine if traveling on a ‘Covid-tested’ flight (see below).

Tourism is not currently allowed from any other country. Since overnight stays must be registered with the authorities, there’s no chance of sneaking in via a secondary country.

However, on May 4, Prime Minister Mario Draghi announced plans for Italy to produce a national “green pass,” ahead of the European Union’s “vaccine passport” scheme.

The pass will show that the holder has either been vaccinated, has recovered from Covid, or has tested negative.

Draghi confirmed that tourists will qualify for the pass. He said the country hoped to launch it mid-May, though as of June 11, no details have yet been announced.

Draghi has previously said that he wants to drop the quarantine requirement for vaccinated travelers from Canada, Japan and the US. However no details have been released as of June 11, other than a suggestion that it could be at some point in June.

Arrivals from Europe must provide a negative PCR test result taken within 48 hours of their arrival. They are also required to fill in a self-declaration form, and report to the local health authorities. The same rules apply to arrivals from the UK and Israel, though with a test taken 48 hours previously.

Leisure travel is now permitted from Canada and the United States. Travelers must arrive on a government-approved “Covid-tested” flight. Delta and Alitalia currently run these from New York JFK and Atlanta to Rome and Milan. Delta has announced plans to add more flights, from JFK to Venice July 2, and Atlanta to Venice, and Boston to Rome August 5.

United is now offering Covid-tested flights from Newark to Milan, and American Airlines is offering JFK to Rome and Milan.

Traveling from Canada? Air Canada will run Covid-tested flights from Toronto and Montréal to Rome, from July.

Those arriving on a “Covid-tested” flight must test negative 48 hours before boarding, then again at the airport, and a third time on arrival. They may then skip quarantine. Be aware, only officially designated “Covid-tested” flights approved by the Italian government can be used. Leisure travelers will not be admitted into Italy on any other flight.

Arrivals from the US and Canada who do not fly direct on a Covid-tested flight must quarantine for 10 days on arrival.

Arrivals from any other approved countries which have not been mentioned above must self-isolate for 10 days on arrival.

Anyone who has been to Brazil (of those permitted for entry) in the past 14 days, or transited through either destination for more than 12 hours, must present a negative test taken within 48 hours of arrival, and complete a further test on arrival. They must then quarantine for 14 days, with another mandatory test at the end of the period.

Only those with Italian residence may enter from India, Bangladesh and Sri Lanka, presenting a negative test taken within 48 hours of arrival. Anyone who has traveled through India or Bangladesh must now take a further test on arrival, then quarantine for 10 days in a hotel managed by local health authorities (this is likely to be a military facility or a converted building rather than a standard hotel). They must take a further test on day 10 before leaving quarantine. It is assumed that the same will apply to those traveling from Sri Lanka.

Any arrivals traveling for essential reasons, from countries which are normally barred from entry, must quarantine for 14 days on arrival.

As the first hit European country, Italy has been through a lot. However, a strict lockdown brought things under control and it held out against a second wave for longer than its European neighbors. But it wasn’t to last. Cases started rising in September and spiking sharply in October, and after a strict Christmas and New Year lockdown, a a suspected third wave took off in February 2021. Most of the country spent much of the first quarter of 2021 under lockdown conditions, with case numbers continuing to rise despite the restrictions.

After months of delays, the vaccination campaign is finally picking up speed. Anyone over 12 can now book, though appointments for some are weeks away, and many over-80s are still waiting for their second dose.

What can visitors expect

The ban on non-essential travel between towns and regions has been suspended as of April 26. People can now travel freely between yellow regions. If traveling to, or coming from, an orange or red region, essential reasons must be proven.

Italy’s state of emergency has delegated power to individual regions, so localized lockdowns are always possible. But across the country, masks must be worn at all times in public, even outside. In red, orange and yellow zones there is an additional 11 p.m. to 5 a.m. curfew in place.

The country is currently divided into zones, depending on infection levels: red, orange, yellow and white.

In yellow zones, bars and restaurants can stay open throughout the day, but only for outdoor consumption. Indoor dining restarted June 1. Diners must be home by 11 p.m. for the curfew.

Shops are open. People can have guests at home — up to four adults, plus an unlimited number of children. Trips to second homes are allowed, and sports have resumed — you can now have up to 1,000 spectators outside, and 500 inside, socially distanced. Museums can reopen but on weekends and holidays tickets must be booked at least one day in advance. Theaters, concert halls and cinemas have also reopened, with 50% capacity, 1-meter social distancing, and obligatory advanced reservations.

In orange zones, it is up to local authorities as to whether people can have home visits. Trips to second homes are allowed, though without mixing with others. Restaurants offer takeout only and people can move freely within their own towns, but cannot leave their area unless for work or an emergency.

In red zones (highest risk), all shops are closed other than grocery stores and pharmacies. People may only leave their homes for work, health reasons, to go to a place of worship or to take exercise once a day.

White zones are almost back to normal, qualifying as extremely low risk — where there are under 50 cases per 100,000 inhabitants. These areas are exempt from restrictions, but regions can bring in their own rules.

White zones are not subject to the national curfew, although they can introduce their own if required.

The 10 p.m. curfew was extended to 11 p.m. on May 19, and remains countrywide until further notice. However, white zones are not subject to the curfew — although Sardinia opted to keep it when it turned white in February.

Can’t get to Italy right now? You can always buy a house for 1 euro – the price of a cup of coffee. A new website has just launched offering visit-free sales around the country. If you’re not looking to buy, the country’s alberghi diffusi, or scattered hotels, are the perfect travel solution in the time of Covid-19. Or check out our list of small towns perfect for social distancing. 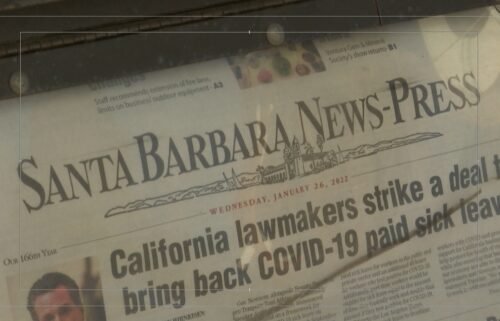 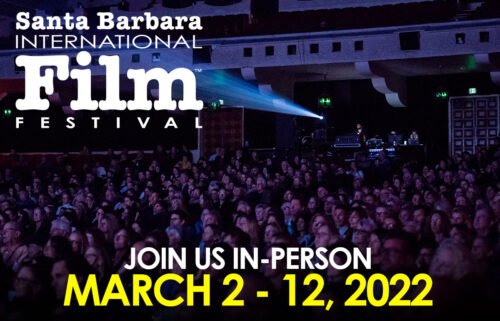 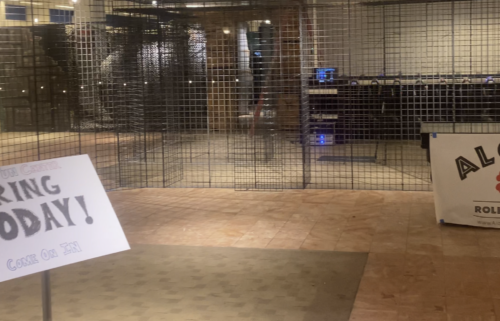